Cuisine has a way of finding itself again. That’s the story of habanero peppers, but also of their close cousins, the Scotch bonnet.

Both have the same origin: the Mesoamerican region that is one of the so-called “cradles of civilisation”: the five or six places where early humans stopped living as nomadic hunter-gatherers and became settlers and farmers. (We aren’t sure whether the farming settlements of ancient China and the nearby islands developed separately or as one, which is why we say “five or six”.)

Those early farmers would, as we do today, have enjoyed the flavour and sensation that came from eating chilis, and their farming practices, coupled with the chili’s natural adaptation to its environment, spread chilis far and wide. As the ancient settlers of the Mesoamerica spread out, they, and their animals, spread chilis – and their distant ancestors have spread to almost every cuisine in the world. 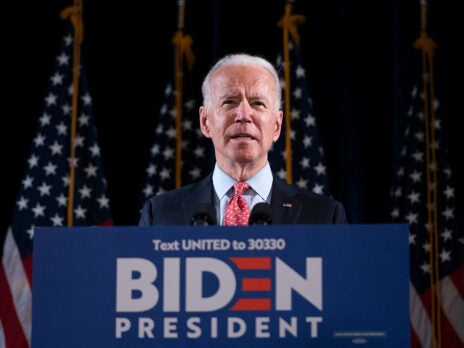 The biggest modern-day spreaders of chilis were the Spanish, Portuguese and British empires. A Spanish-sponsored expedition to find a fresh source of pepper led to the expansion of Europe’s empires to the Americas, but it was the Portuguese, the most successful of the 16th century empires, who spread chilis across much of the world. Chilis did a better job of conquering the Indian subcontinent than the Portuguese themselves, with the plants doing so well and spreading so wildly that they grew far beyond where any Portuguese soldier or trader ever ventured – it is only relatively recently that botanists realised that almost all chilis have a common ancestor.

The spread of chilis made them a vital part of the cuisines of North Africa. This may well be why, when the British empire – who discovered and fell in love with chilis when they invaded and conquered India – captured, traded and sold Africans, transporting them to lives of indentured slavery in the Caribbean, the new cuisines of the Caribbean incorporated local chilis, of which the Scotch bonnet is the jewel in the crown. The ancient cuisines of North Africa found and adapted themselves to the distant ancestor of the chilis they cooked with.

The habanero pepper is itself the product of a similar history. Thanks to the spread of chilis – early kimchi was not a spicy dish, because it was only in the 17th century that chilis were added to the recipe – into South-East Asia, 18th century botanists initially believed that the habanero pepper was an indigenous Chinese plant. The name it has commonly come to be known by – habanero – takes its name from the city of Havana, another place where it grew plentifully.

Both Scotch bonnet and habanero pepper pack a similar, and hefty punch – even the mildest of Scotch bonnets and habaneros register at a 100,000 on the Scoville scale, with some hitting the heights of 350,000. They have a similar flavour, but the Scotch bonnet has a sweeter, fruiter taste, which is what gives jerk its slightly sweet tang.

Because both space and time are finite commodities, at least in my kitchen, I’ve found that I don’t have space to have both Scotch bonnet and habanero in my kitchen – and as I am cooking for only two people, I just don’t get through them quickly enough not to end up throwing away rotten leftovers.

Why? The short answer is that I cook a lot more Mexican food at home than I do Jamaican food, partly because I’m blessed to have People’s Choice, Peppers and Spice and the Latin Village indoor market all within walking distance from my flat, and while in lockdown, I’ve come to adore the Cool Chile Company who deliver Mexican spices and ingredients by post throughout the UK, but most importantly because I simply cannot be bothered to clean a grill pan regularly, and jerk chicken just isn’t as good if you don’t grill it.

And in a strange way, that is the story of both chilis: of people throughout the world, at different times, experimenting with the two, in order to make the most of limited resources and ingredients. And the joy of experimentation is surely a big part of the joy of cooking.

That’s one of the things I think people get wrong when they talk about cultural appropriation in food – the history of cuisine is of constant exchange and evolution. If you like the flavour of kimchi but don’t like spicy food, and simply remove the chili peppers and garlic from your recipe, you are making a more authentic and ancient version of the recipe. You’re also making a worse recipe in my view, but you do you. (When I discovered that kimchi as we know it was invented in the 17th century, I made it without chili: I wouldn’t recommend it!)

What matters in cooking is respect, and often in a very literal sense payment. If you picked up a technique because of the spices in your local deli – credit them. If you wanted to emulate the recipe from a friend’s wedding or lovely holiday – credit that. But don’t feel guilty about adapting or changing recipes to suit your own tastes – a world in which people didn’t would be considerably poorer.

This week I enjoyed…

Chicken tempered in garlic and cumin from Diana Kennedy’s peerless The Essential Cuisines of Mexico, a book that could only be bettered if someone had thought to include a decent index. While not identical, Pati Jinich’s excellent recipe is similarly delicious.

This week I messed up…

I’ve started to enjoy making my own salsa in lockdown. (It’s very easy –  you can make this recipe without tomatillos if you can’t get hold of any).

This week I forgot to drain my salsa before putting it in the blender. Somehow I and the blender escaped unharmed, and the salsa was, eventually, delicious, but it’s not an experiment I’d repeat.