The life of a Premier League pop music publicist is never easy. Sometimes it involves your band dragging you to their van in the early hours of the morning, opening its doors to reveal a dead sheep, bought hours earlier from a Northampton slaughterhouse. “There were several buckets of blood,” recalls Mick Houghton in his book Fried & Justified. His charges at the time (1992) were the KLF, the electronic two-piece of Bill Drummond and Jimmy Cauty. Nominated for best British group and best album at that year’s Brit Awards, the KLF had planned to carve up the animal on stage and throw its blood over the front rows. Houghton leaked their plan to the Daily Star and the Sun; on the day, they fired blank bullets from a machine gun instead, and dumped the sheep’s carcass outside the post-awards party. “I died for you,” said a note next to them. “Bon appetit!”

“I could see Bill was cracking up,” Houghton adds, with winning nonchalance. “With Jimmy it was harder to tell.” 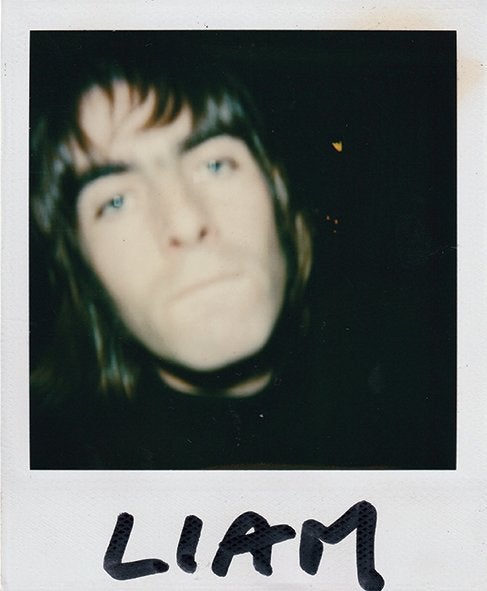 Two excellent new books tell us what it was like to work behind pop’s shiny curtain in the halcyon days before the internet: Houghton’s Fried & Justified and Phill Savidge’s Lunch With the Wild Frontiers (Savidge transitioned to female just after the book’s publication and is now known as Jane Savidge: her book’s title references the first, long-forgotten band she was tasked to meet).

Caitlin Rose: “I’ve never been embarrassed of who I am”

The last decades of the 20th century were the golden age of the pop PR: Houghton and Savidge were gatekeepers and mythmakers, powerful forces shielding nascent stars. Not that these people represented shiny, malleable pin-ups: as the sheep incident details all too well, they dealt with oddballs and eccentrics who somehow broke through.

These publicists held the reins: they invented histories and rumours that were impossible to check. They controlled access to their artists, information about them and the music itself. The internet has revolutionised music culture – pop stars can now present themselves directly to fans, who can access music any time; democracy has taken over down at the disco. But these books remind us how much fun it could be when other tactics prevailed. After all, pop music’s power is about seeking attention in creative ways. 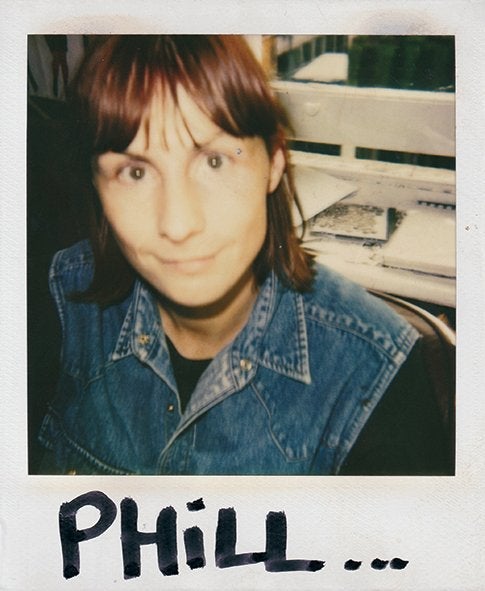 Houghton realised this in his early career as a music writer, spotting that British punk was all about media manipulation. (Not that he was a fan himself – his true love was folk. “[I hated] the boorish behaviour and snotty attitude of British punk,” he writes. “At 26, I was in danger of thinking, ‘I’m too old for this’.”) When he switched to PR, he looked after acts on the artier fringes of the genre, such as the Ramones, Talking Heads and the Undertones, who were from Northern Ireland. With this band particularly, he discovered how the press worked out its angles. “As hard as I tried not to exploit it… it became a standing joke… that almost every feature about [them] began with the phrase: ‘From the war-torn streets of Derry.’”

Houghton learned quickly. Looking after Liverpudlian post-punks Echo & the Bunnymen in early 1983, he encouraged them to play at the Royal Albert Hall later that year. “No rock band had played there in over a decade. I had a vague recollection that the last to do so had been Mott the Hoople, so I ran with it, everybody repeated it, and nobody challenged it.” 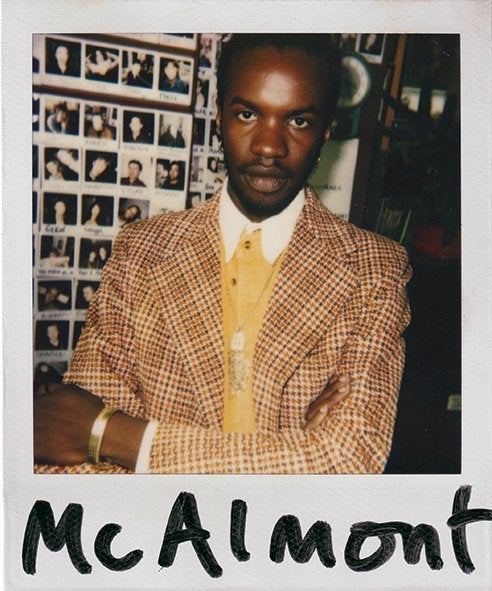 That same year, the Bunnymen also played at the Royal Shakespeare Theatre in Stratford-upon-Avon, where Houghton had the idea of getting an actor to recite the band’s lyrics like a Shakespearean soliloquy. “The jobbing actor in tights,” he tells us, “was Hugh Laurie”, then 24. Ben Elton was there too, and wrote a joke about Echo & the Bunnymen into the second series of The Young Ones. Job done.

As you follow Houghton’s career in minute, entertaining detail, you realise how much he wanted to help pop’s eccentrics enter the mainstream. After the KLF, he looked after Welsh psychedelic band Gorky’s Zygotic Mynci: “I was convinced,” he writes, “that Gorky’s would be huge and the only comparable group was Genesis.” Being drawn towards curious characters also has risks. While Houghton was in charge of Julian Cope after his first top-20 hit (1986’s “World Shut Your Mouth”), Cope “finally flipped” during a gig at Hammersmith Palais in London. “From high above the stage,” Houghton writes, “where he’d climbed into the rafters, he poured a pot of Gale’s honey over himself.” Here are pop people as extravagant cartoons, far removed from their fans’ mundane lives. They pay the price with drink, drugs and madness; we are left with nostalgic memories and songs to sing. 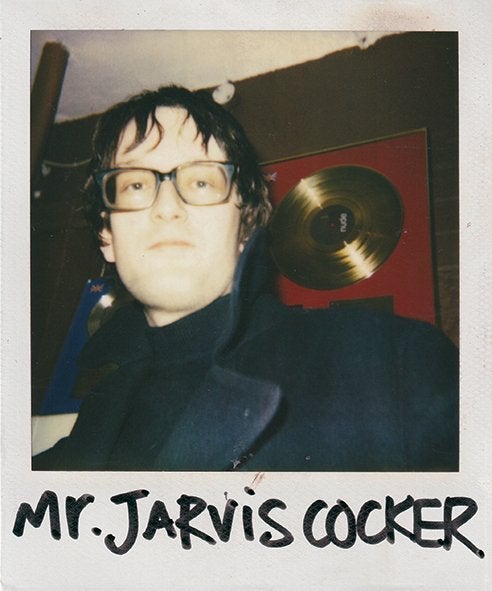 Jane Savidge’s pop PR career also began around this time. An early job involved looking after Roy Orbison during his 1988 comeback. Savidge secured a big interview with former NME writer Nick Kent for The Face. A week later, Orbison died. Savidge heard the news on her car radio and pulled over in tears. She quit her job at Virgin Records 18 months later to become a poet (and to watch the Italia 1990 football World Cup). “Music was one of the things I used to love before life became too complicated,” she recalls.

In this moment – as in many similar moments in Houghton’s book – one thing is clear: these PRs adored their bands. “Their music mattered,” Houghton writes with fervour about the Jesus and Mary Chain. “It still matters.” Savidge eventually became half of Savage & Best, the Camden-based PR firm that were the kingmakers of Britpop, looking after Suede, Pulp, the Cranberries and the Verve (as well as acts with less longevity, such as Menswear). Her antics included biking the third Suede single to the NME on a purple velvet cushion, with a note saying “another great disappointment” (it became single of the week). 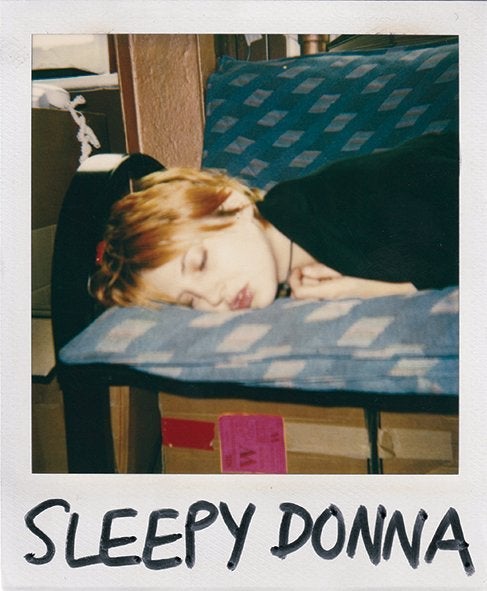 She also encouraged the formation of Britpop band Elastica, simply because frontwoman Justine Frischmann used to be in Suede (with her then boyfriend Brett Anderson), who were becoming big, and was dating Blur’s Damon Albarn. Elastica had great songs as well – but the best pop requires more than that. Savidge once told Frischmann that she looked “so cool most girls are going to want to be you; shit, I want to be you”.

Savidge is a striking figure in Britpop’s story: a committed androgyne in slingbacks and earrings (when Anderson is “accused” of androgyny he says “you should see my PR”). A few years later, when Britpop was in full Oasis-leaning, laddish flow, Jarvis Cocker gave an interview to the Observer journalist Lynn Barber, which Savidge neatly deconstructs. Barber mentions a “glamorous” PR in “heavy slap and earrings” dropping Cocker off, neglecting to add that the PR still identified as male at the time. You’re reminded of the interesting narratives in pop culture that get buried because they don’t fit in. 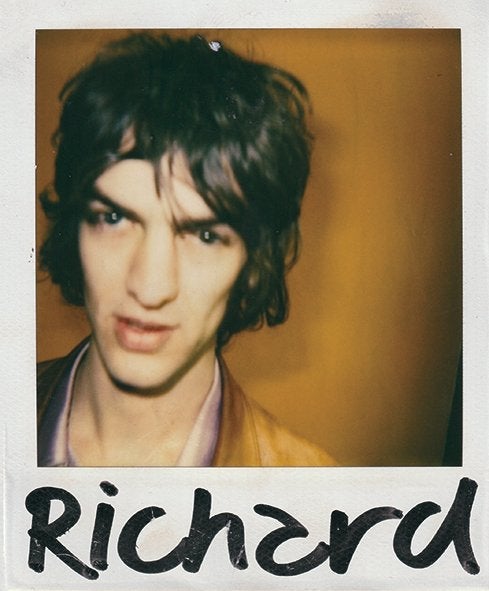 Neither of these authors came from a switched-on, fashionable background. Houghton’s ordinary parents, with their small collection of schmaltzy 78s, “never understood what I did for a living”. Savidge attributes her determination to find “my own kind of music and become passionate when talking about it” to her father’s “steadfast refusal” to like anything but big band jazz. Their careers were entirely self-willed.

But they knew their time was up when the 21st century came along. Houghton had heart bypass surgery and settled into a life promoting reissues by some of his teenage folk heroes. Savidge moved into working with Damien Hirst and on the launch of a London private members’ club, The Hospital Club. High-profile music PR effectively ended for her at a 2002 Suede gig, she says, when a market researcher accosted her to see whether they should cover the band. His employer? The NME. “For the first time in my life,” Savidge writes, “I didn’t know what to say.” (Since then, she has worked on gentle campaigns for the likes of East 17 and Prefab Sprout.) 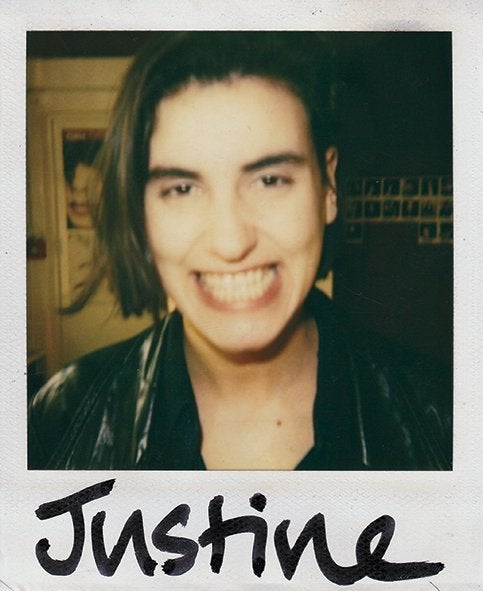 Nevertheless, the magic of this period lingers on. Like many people I know, I reminisce about the KLF’s brilliance, and still play the Elastica album I bunked off sixth-form to buy (it became the fastest-selling British debut ever, beating
Oasis’s Definitely Maybe). But these books are something more than geeky memoirs for nostalgic, slightly weird pop fans. They’re valuable lessons in social history. They remind us that the best pop culture often comes together thanks to accidental, passionate heroes, standing out against the crowd in the most brilliant way.

Lunch With the Wild Frontiers: A History of Britpop and Excess in 13½ Chapters
Phill Savidge
Jawbone, 288pp, £14.95

All images courtsey of Phill Savidge/Jawbone

This article was updated on 15 June 2020 to reflect the fact that Phill Savidge is now known as Jane Savidge.

Jude Rogers is the author of “The Sound Of Being Human: How Music Shapes Our Lives” (White Rabbit)