Working for Uber reminds me of the famously wry quote from Isaac Bashevis Singer: “we must believe in free will – we have no choice.” Yes, drivers can work when and where they like but, are they really masters of their own professional destiny? There are no humans telling drivers what to do but that’s only because management algorithms can, almost invisibly, do a much better job.

Drivers feed the Uber black box with massive amounts of data each day providing speed, geolocation, braking, acceleration, trip details, customer ratings and so on. This is processed using the latest in machine-learning techniques, which in turn tune the algorithm to optimise for Uber’s profitability. Drivers are nudged by carrots and sticks with the quality, quantity and frequency of work offered – and thus their ability to earn – largely predetermined. Free will endeavour is no more a reality for them than for a gambler at a Las Vegas casino – in the end the house always wins.

But we don’t have to accept a dystopian future where workers are exploited by artificial intelligence. The EU General Data Protection Regulation (GDPR), which the British government has already adopted – Brexit or no – guarantees broad rights for all workers to access all their data used at work. We also have the right to know how our data is processed and to challenge if such processing is unfair or incorrect.

This means drivers have a right to see all the data Uber collects, to know how they are profiled and how these profiles are being used in decision making, such as in dispatch, which determines who prospers and who doesn’t.

Last summer Yaseen Aslam, Azeem Hanif, David Dunn and I began to formally request from Uber our data, which they are obliged to provide within 30 days. Unsurprisingly, none of us received anything near a complete disclosure. It has been textbook Uber dithering and delaying before stonewalling.

We did at least get some data, however, including trip details such as pick-up and drop off locations as well as fares paid. With this, I was able to use Uber’s own open source analytics tools to visualise my data. I could map my journeys through the city and colour code by speed and identify locations of the starting points of the most valuable trips. 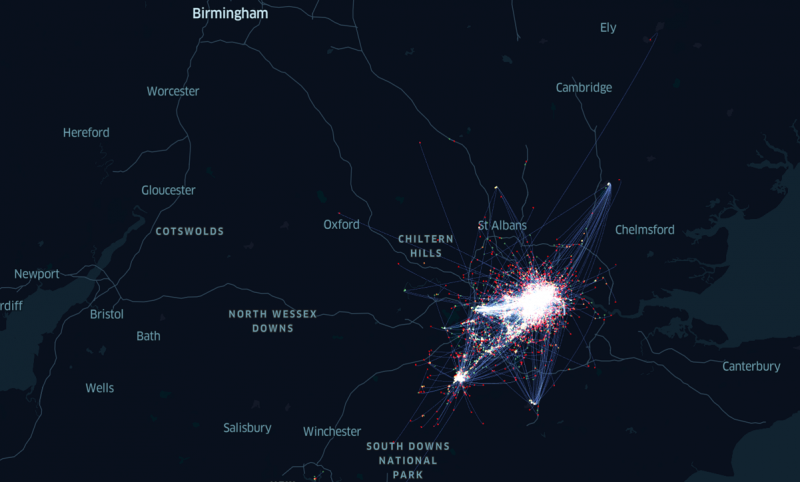 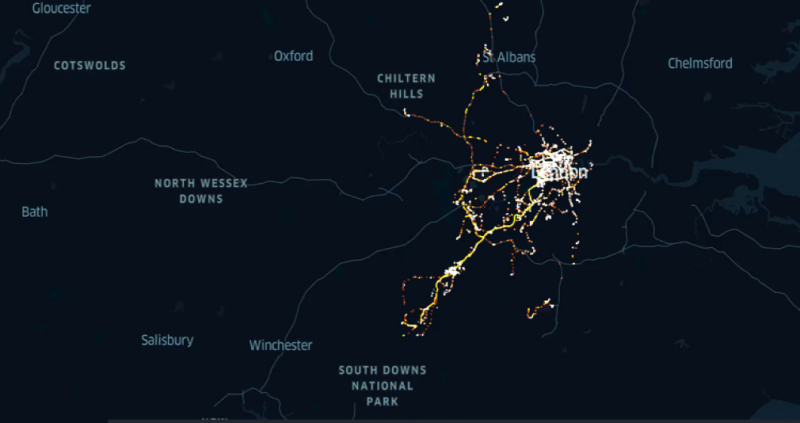 But the real scoop is not the data that Uber gave up, but what it decided to deny us. They’ve held back on the basics like log-on and log-off times, and complete GPS records. With this we could calculate what Uber owes us in back pay and holiday pay, because the courts decided in our favour that all hours on the platform are legal working time, not just the time spent with a fare-paying passenger. Uber didn’t even attempt to offer us any profiling information.

Data is power, and drivers are not the only ones worried about the growing asymmetry between Uber and just about everyone else. At a meeting with Chris Grayling in October, the issue of so much transport data being locked up on a private platform was raised by Department of Transport officials with Uber CEO Dara Khosrowshahi. He batted the concerns away by offering mealy-mouthed assurances about Uber taking its responsibilities seriously.

Unlike in New York City, there is no requirement for Uber to hand over any data to the regulator in London. New York authorities crunched the data this year to figure out that 85 per cent of app drivers were earning below the minimum wage while the city became more congested with underutilised vehicles. This prompted the city’s mayor, Bill De Blasio, to mandate an earnings floor of $17.25 for every driver, which has had the dual effect of halting exploitation and easing congestion. If the power of data transparency can catalyse such action there, why not here?

That’s why last week we launched a non-profit organisation called Worker Info Exchange to help gig workers to access, analyse and act on the personal data their platform employer holds on them. The first thing we’ve done is to initiate legal action against Uber with representation from Ravi Naik, the leading human rights lawyer who has taken on Cambridge Analytica and Facebook. There is much work for us to do in securing digital rights at work including the right of access as well as the right to fairness and transparency in the processing of our data by gig employers.

We’ve seen great success but not enough relief from the court rulings on employment law. Now a new front is opening, and the courts must balance the personal data rights of workers against the intellectual property rights of their employers. As ever, gig workers are canaries in the coal mine. This is a must win battle.

Asked for comment, an Uber spokesperson said: “Our privacy team works hard to provide as much information as we can including explanations when we can’t provide certain data such as when the data doesn’t exist or disclosing it would infringe on the rights of another person under GDPR. Under the law, UK citizens also have the right to escalate their concerns by contacting Uber’s Data Protection Officer or the ICO for additional review.”

James Farrar is founder of the Worker Info Exchange and co lead claimant in the workers rights case to be appealed by Uber at the Supreme Court later this year.