When I first moved to Greenpoint, Brooklyn, in 1996, I took a lot of long walks. I was curious to explore my new neighborhood. But I didn’t have to walk far from my apartment on Manhattan Avenue to notice a boarded-up corner storefront at the intersection of Driggs & Manhattan, in a somewhat secluded area.

This was fall of 1996, when Greenpoint (and even neighboring Williamsburg) was sleepy, filled with Eastern European grandmas and people who spoke mostly Polish. It was a safe area, and creative types like me were unaware of the crime and drug violence that used to permeate Williamsburg and Greenpoint just several years prior. I was thrilled to find a cheap and pleasant place to live near New York City.

I noticed there weren’t really any places to go (beyond a local diner or two) for the trickle of young bohemian types who had just graduated college… yet. The Turkey’s Nest was an increasingly popular ‘old man bar’ nearby-ish, but technically, that was on the outskirts of Greenpoint, just outside McCarren Park – it always seemed to me to be part of Williamsburg. But soon, Ky Anderson and Jaime Eldredge founded Enid’s – and the floodgates opened for the arrival of what would soon to be known as ‘hipsters’.

I noted with some amusement that the last time I’d heard the word hipster in society was to describe beatniks and beat poets of the Jack Kerouac variety in the 1950s. You know, people who wore black turtlenecks and berets, people who snapped their fingers in approval at poetry readings instead of clapping their hands to applaud. Soon, The Guardian would come to dub this bar “hipster central.”

When I got the idea to do a Harvey Pekar-inspired comic about anecdotes from my many years living in the same apartment in Greenpoint, I contacted the owners of the bar, wanting a little more detail on how and why they founded the establishment – plus, I wanted to get my facts right, like any good wannabe-reporter. I was thrilled to get an email response from the co-founder, Jaime Eldredge. He said they wanted a cool place to drink near where they lived, having moved from Kansas City, Missouri.

When I asked “Why the name Enid’s?”, the response was “It was just a cool old lady name.” I took photo reference of the exterior for the comic, and I knew I had to draw that shiny, golden camel art piece on the wall – an iconic symbol for this artsy, laid-back bar. And I was very pleased that they included a vintage Ms. Pac-Man tabletop arcade game, since this was in line with a) my childhood video game obsession and b) the theory that my generation sought to recreate their childhoods in their professional grown-up business endeavors, to recapture that sense of sheer FUN.

I went there long before they ever served food (before their famous brunch!), and the DJ booth up above the bar was occupied on weekend evenings. The seemingly endless throngs of baseball, softball, and kickball players filled the bar as McCarren Park became increasingly active, its baseball fields filled to the brim with young creative types, bursting with energy.

And now, after 20 years, Enid’s is closing its doors. The owners have specified that this closing is not a typical case of Those Damn Landlords Drove Us Out With Increasingly High Rents – they simply feel they’ve had a good run, and now would like to try doing something else with their lives. To that, I say: much respect.

Note: on some screens, best enjoyment of this comic strip might require zooming in your browser window. 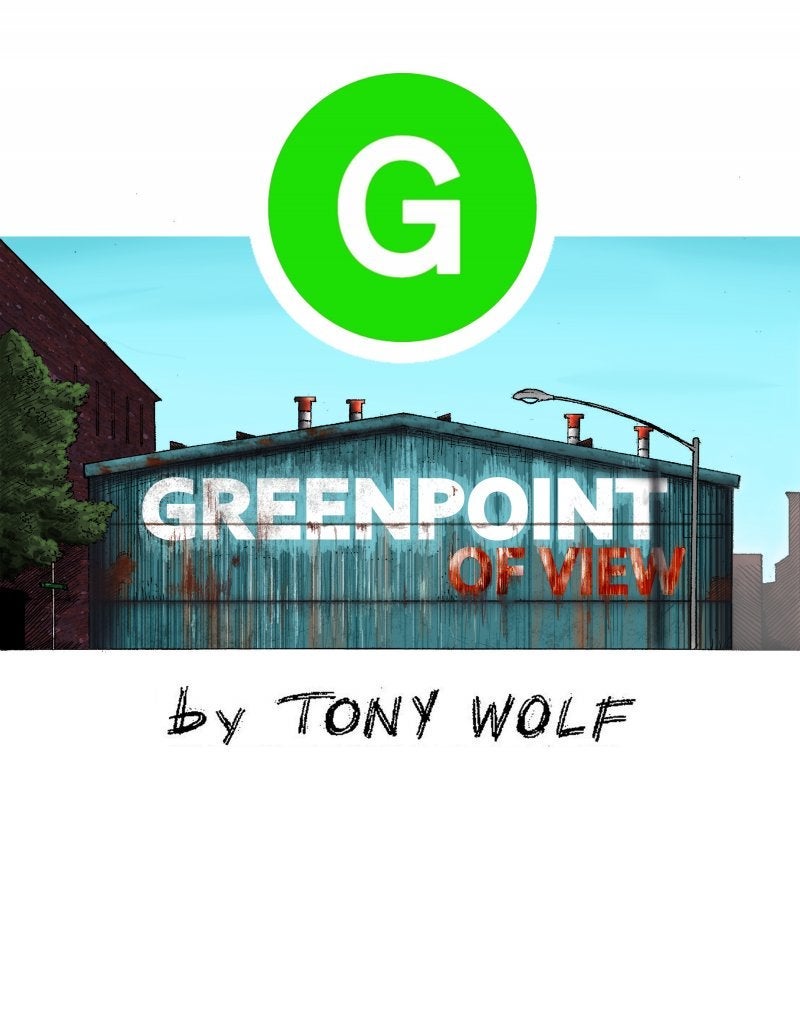 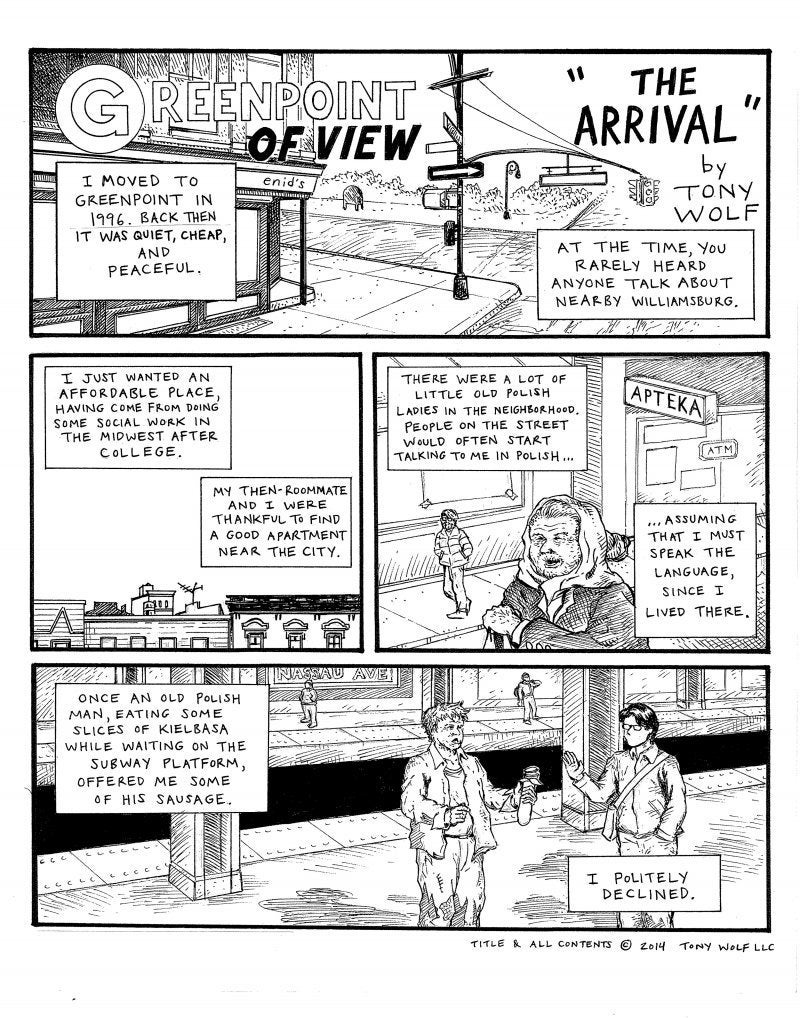 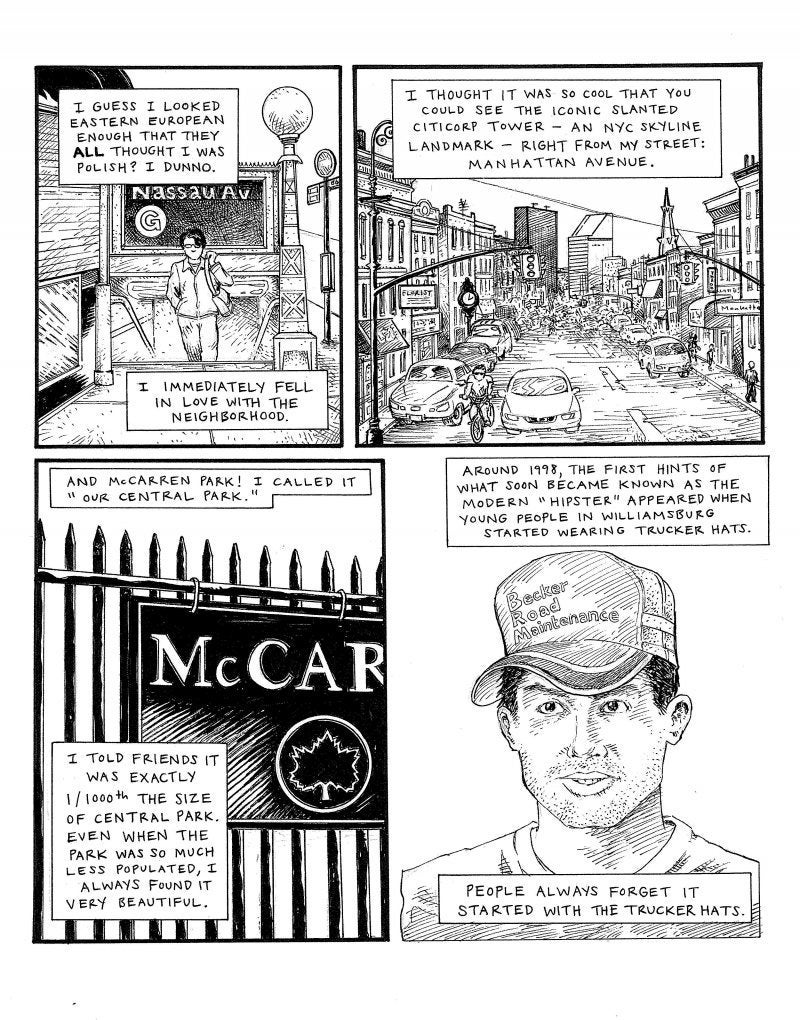 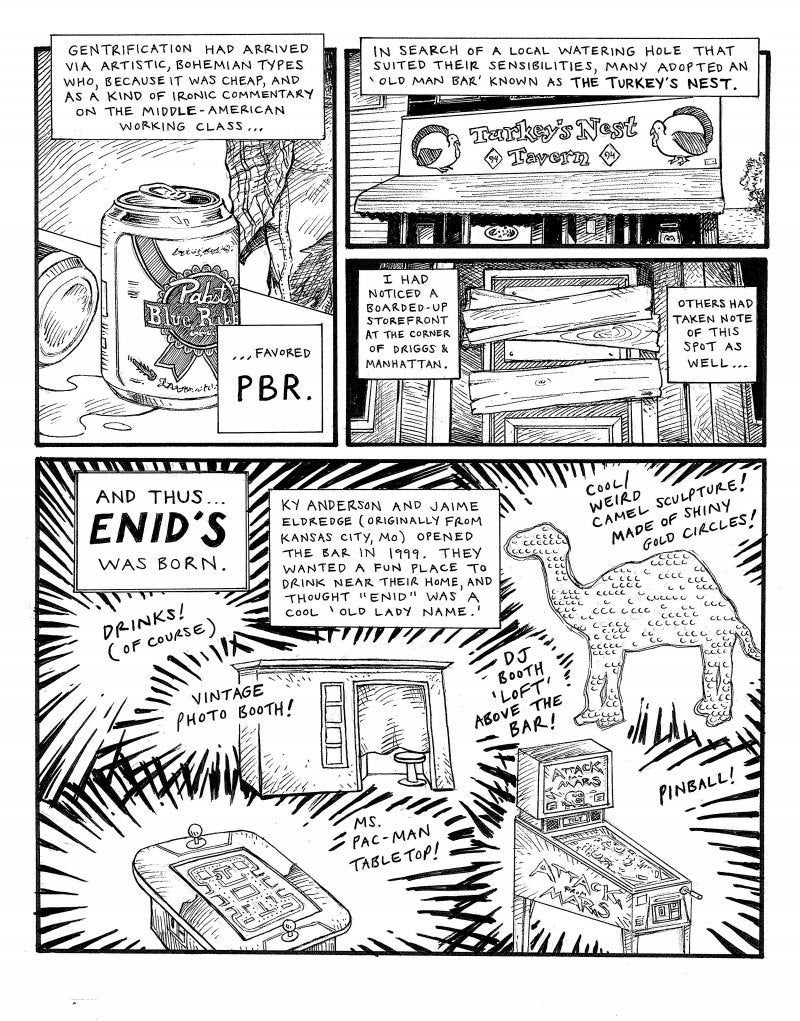 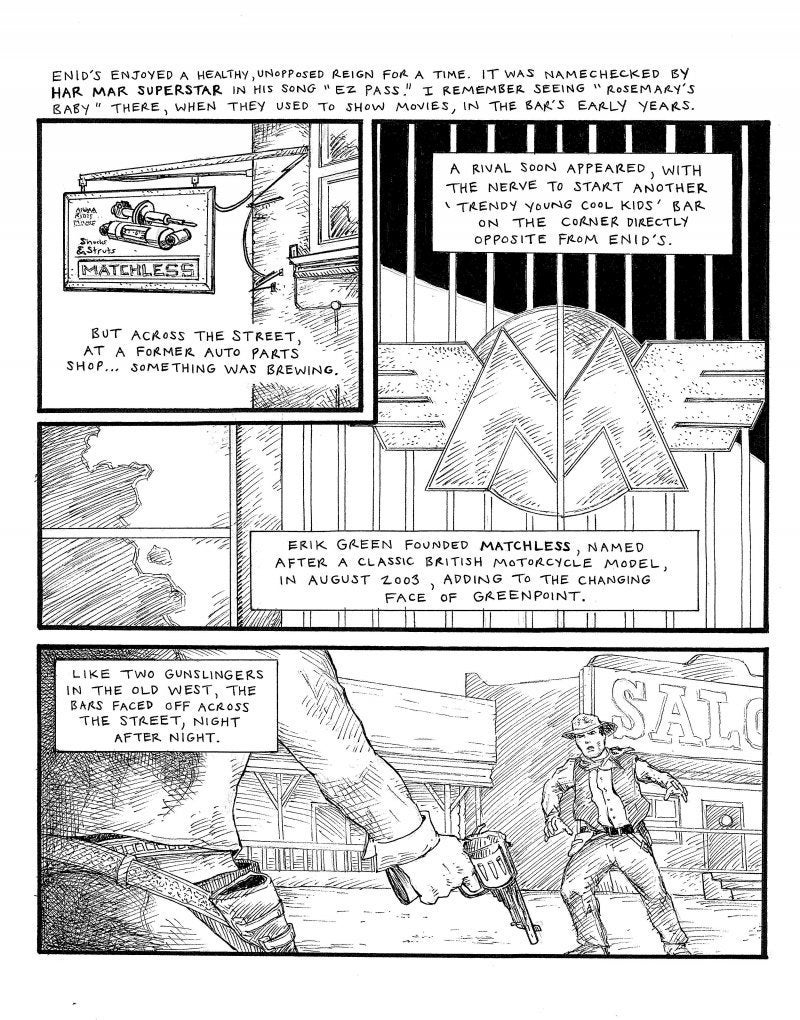 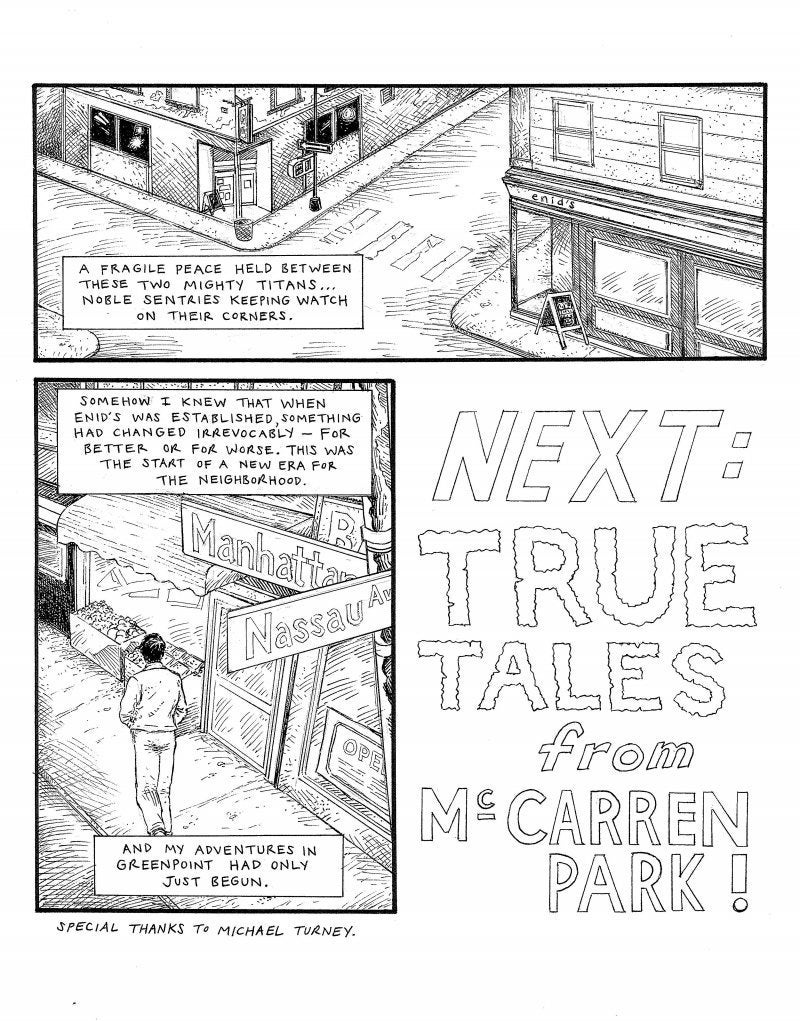 This piece was coloured by SirGryphon, an artist, writer, colorist, and designer based in Seattle. He owns a comics shop, Anyone Comics, with Dimitrios Fragiskatos in Brooklyn, NY. Find him on twitter & instagram at @sirgryphon and his store’s site: www.anyonecomics.com.

Tony Wolf is a comics creator and actor in NYC. He has written & drawn comics for The New York Times and been featured in New York Magazine’s Vulture. He tweets @tonywolfness and his Instagram is here.