In the last years of the 17th century, two men, Charles Duquet and René Sel, make their way from the Old World to the New World, from France to New France, to the edge of a vast, forested continent, a place where history could be discarded and immense wealth could be wrung from apparently limitless natural resources. “How big is this forest?” Duquet asks when he first sets foot in this place. “It is the forest of the world,” he is told. “It is infinite. It twists around as a snake swallows its own tail and has no end and no beginning. No one has ever seen its farthest dimension.”

As Barkskins begins in 1693 and runs right up to 2013, it doesn’t require too much of a sense of dramatic irony for the reader to understand that the forest of the world is no more infinite than any of the bounty – fur, flesh, fish, minerals – that the land has to offer. An epigraph from the early-20th-century author George Santayana touching on the absurdity and futility of existence offers another clue to the direction in which Annie Proulx is heading for the course of her century-crossing epic.

Barkskins follows the fates of Sel and Duquet and their descendants as they wreak havoc on the landscape and suffer in their turn. Sel’s line is blended with the indigenous Mi’kmaq people of Newfoundland, and through those children and grandchildren the reader discovers the fate of the continent’s original inhabitants as Europeans tore their way through the Mi’kmaqs’ ancestral lands. Duquet renames himself Charles Duke and his line is that of the conquerors, the men and women who exploited what they found for their own enrichment.

That summing-up, however, doesn’t begin to do justice to this enthralling story: Proulx is much too sophisticated a writer to give the reader good guys and bad guys, oppressors and the oppressed. The connection between the Sels and the Duquets – a connection made in blood and land – is never lost through generations of the families’ lives. 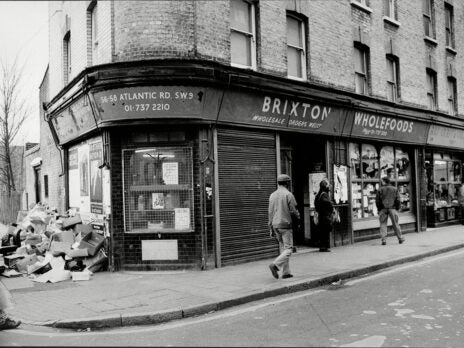 Proulx is no stranger to the epic. From her first novel, Postcards, published in 1992, she showed herself both willing to engage with the sweep of North American history and able to look beyond the simplistic narratives of heroism that have too often painted over the truth of violent conquest. The Shipping News, published the following year, won her the Pulitzer Prize for Fiction; the film based on her short story “Brokeback Mountain” offered further proof that her gift has always been finding new ways to tell the stories we think we know. And that is the aim of Barkskins, too.

The novel is divided into books, each covering a period of years. Book one goes from 1693 to 1716; book two from 1693 to 1727; the overlap, as it occurs throughout the many interweaving stories, allows Proulx to throw the narrative forward and loop it back, following her characters’ trajectories as they diverge and recombine. We poor reviewers have to devour books at speed in order to hit our deadlines; the lucky readers of Barkskins, however, can treat each of these sections almost as individual novels, allowing their richness and the pattern of their telling to unfold slowly.

It is no surprise that this book has been ten years in the writing; yet Proulx integrates the mass of her research into the narrative. Forest ecology, indigenous culture, sea voyages, Dutch culture, colonial and Maori culture, the logging industry: all these subjects and many more are revealed through the adventures of her characters.

It is possible to be distracted, as ­always in her books, by her fondness for eccentric monikers (Oliver Wedge, Joyful Woodlawn, Sextus Bollard, Benton Dred-Peacock) but her creations themselves never descend to caricature. They carry us through the narrative’s centuries and while some are more engaging than others, all are fine company.

Charles Duke – as he becomes – is the book’s anchor, the model of a self-made man, building a business, a family and a name in the early years of the 18th century. He courts his Dutch business partner, Piet Roos, to gain the man’s daughter, Cornelia, for his wife. The Roos crest is a hawk swooping on a heron: “Duquet’s sympathies lay with the hawk.” He adopts boys from a local orphanage in order to have as many sons as quickly as possible, a self-serving generosity that reverberates down the generations of his family.

Over a century later, his descendant ­Lavinia Duke inherits her ancestor’s rapacious energy, making her way powerfully as a woman in a man’s world. A less ambitious novelist might have given Lavinia a novel of her own. There is something of Queen Victoria in her relentless drive and her surprising (even to herself) sexual energy; her marriage, relatively late in her life, to a conservation-minded German, Dieter ­Breitsprecher, lays the foundation for the family’s 20th- and 21st-century enterprises. But Lavinia’s wealth and power do not protect her from the abrupt reversals of fortune that switchback through this novel and often make the reader (this one, at least) gasp in surprise. Proulx is as good as anyone at issuing reminders of the fragility of both life and fortune.

The descendants of the Sel family fare less well in Barkskins – not only materially but in the narrative, too. These men and women battle with the forces overtaking their lives; the continuing bleakness of the uneven conflict between their indigenous culture and the Europeans’ relentless destruction of their habitat, economy and belief systems makes them emblems of exploitation. Their sorrows and deaths are less surprising because they fulfil an all-too-familiar pattern of dominance and doomed resistance. There is nothing left but for the Mi’kmaq men to hang around settlements and trading posts “like flies on meat”.

The novel’s final hundred pages bring the reader into the present day; it is only here that Proulx seems to be rushing forward, cramming just too much into the book’s conclusion. It’s a bit like being at a crowded party and never quite catching an entire conversation.

Yet it is fair to say that all the human beings in this book are only secondary characters to the great forests that shelter them all. “There was always another forest” – that’s what the men who come from Europe believe. No one needs a lecture, now, to know that this was never the case. But Proulx has given us lives, not lectures, and in doing so she gives these still-endangered woodlands a powerful voice.