Artists performing at Latitude 2015 include alt-J, Portishead and Noel Gallagher’s High Flying Birds, it has been announced today. Caribou, James Blake, The Manic Street Preachers, and Laura Marling will join them on the mainstage.

Speaking of their excitement to join the 2015 line-up, alt-J said, “We are hugely excited to return to Latitude for the third time. Playing there has always been so memorable. Latitude has always supported us, and to go from playing the smaller stages to this means it will be a night of celebration.”

Noel Gallagher commented, “Well not only have I never played at Latitude before, but I’ve never even been there, ever. So yes, I’m really looking forward to headlining the Festival on July 19th.”

For the second year, the New Statesman is media partner to Latitude, the music and arts festival in Henham Park, Suffolk. Under the 2015 theme For Richer, For Poorer, For Better, For Worse, Latitude’s literature and arts programming will take its cue from the traditional marriage vow, and consider how individuals and communities conduct our personal and political relationships, in public and private.

The New Statesman will host a satellite event in London in advance of the festival. 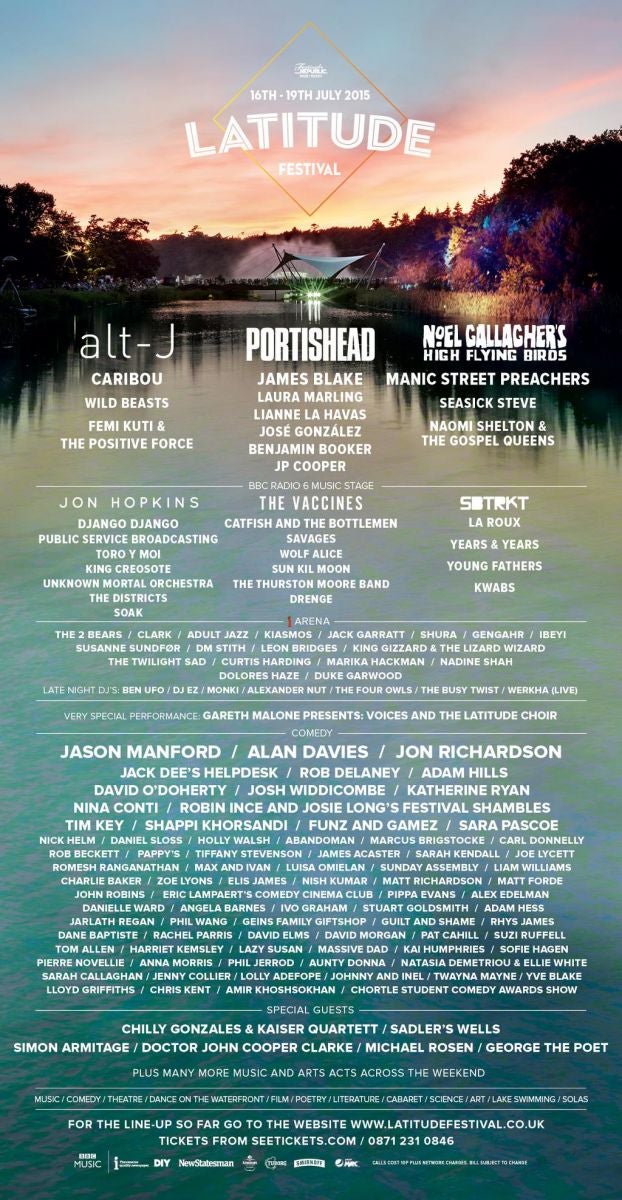