The Restless Supermarket
Ivan Vladislavić
And Other Stories, 304pp, £10

Do copy-editors of today still use the time-honoured signs: the confident slashes, “stets” and arrowheads, the fallen-down S that means transpose? Or is everything now done through 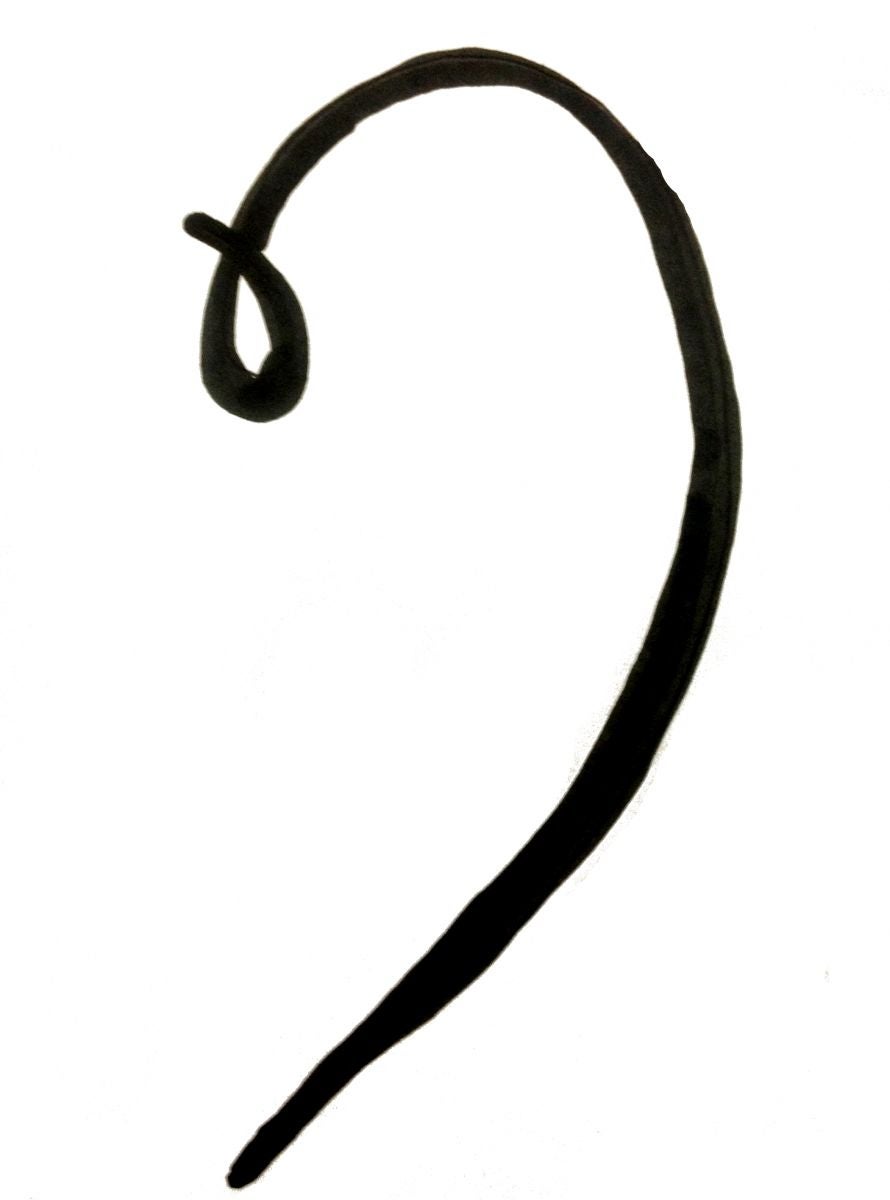 the garish bubbles of MS Word track changes? Midway through Ivan Vladislavić’s 2001 novel, The Restless Supermarket, the narrator Aubrey Tearle gives a disquisition on the delete mark of old.

As a retired proofreader, frequent writer of letters to the editor, and grumpy but occasionally endearing old man, Tearle suggests that, of all his erstwhile profession’s charms, this is the most beautiful and mysterious: “Through this soap-bubble loop, this circus-lion hoop, this insatiable and unshuttable maw, an endless quantity of bad copy has passed and been voided.” Repetitions, verbiage, misspellings, solecisms, anacolutha – “Throw them in, sear them, make them hop. Keep our country beautiful. Imagine, if you can, the mountain of delenda purged from the galleys of the world. Who would build on such a landfill?”

Reissued this year by the innovative, subscriptions-based publisher And Other Stories, The Restless Supermarket grows from just such a rich compost of error. Living out his retirement in central Johannesburg on the cusp of the 1990s, Tearle obsessively records the corrigenda (plural of corrigendum: “a thing to be corrected, esp. an error in a printed book”) that he sees multiplying all around him: the “wanton dumplings” of fast-food signage, the “Muslin fundamentalism” threatening the very fabric of society. He is a walking encyclopaedia, a “seedy rom” (as one character puts it) who also keeps mishearing the name of “Conrad Mandela” as negotiations towards a political settlement begin at the nearby World Trade Centre. Instead, Tearle takes up his pen on other, more pressing matters – “T-shirt” v “t-shirt”, for example – and scours newspaper deaths notices for their inadvertent gems: “dried tragically”, “knowing you enriched our livers”, “loved by al, missed by many”. “I wished,” he remarks, “that I could pass this entire city through the eye of a proofreader’s needle.”

The result is a book that feeds some of the most complex and crucial years of South African history through an outdated word processor, an entirely unsuitable narrator who clings to the sanctuary of the Café Europa, where he is a long-standing patron – “an incorrigible ‘European’”, even though he has never left the country. Behind a narrative patter that is by turns witty, sardonic and sad, we see Tearle bungle a love affair, estrange old friends and fail epically to understand the changing society that he is a reluctant part of: “Great gouts of change came sluicing out of the television set, to make up for the petty trickle from the one-arm bandits.” The punning is just one reflex of an oeuvre that tacks constantly between linguistic surface and deeper social grammars.

The name “Vladislavić” is Croatian. A second-generation South African, also with Irish, English and “a dash of German” in his family background, he grew up in the conservative suburbs of Pretoria, the son of a motor mechanic. His debut collection of short stories, Missing Persons (1989), registered their impress while also announcing a writer who had arrived fully formed, and undertook a most peculiar transect through the subconscious of a damaged society. In an early interview, he made the important but often unvoiced point that it is possible to engage deeply with your social reality without producing realism: “I think there’s a case to be made for the work of fiction as a highly designed imaginative structure, with a more complicated relationship to its context than realism usually allows.”

The formulation is all the more convincing given Vladislavić’s involvement in some of the most progressive political ventures in South African literary history. In the 1980s he left the world of copywriting to become social studies editor at the radical imprint Ravan Press – the first publisher to accept J M Coetzee’s bizarre 1974 debut, Dusklands. By this time, Vladislavić had also encountered the “light political touch” of eastern European writers such as Zbigniew Herbert, Milan Kundera and Danilo Kiš, whose influence can be felt in the ironic and often very funny collection Propaganda by Monuments.

The title story of this 1996 collection imagines a tavern owner in post-apartheid South Africa corresponding with a bureaucrat in post-communist Russia. Boniface Khumalo asks for a decommissioned Soviet statue to be shipped over in order to revamp the Boniface Tavern of Atteridgeville into the V I Lenin Bar and Grill. The recipient, Pavel Grekov, is another of Vladislavić’s wrong-headed glossers, appending explanatory notes for his Moscow superiors in a style developed by Jonathan Safran Foer in Everything Is Illuminated and by Borat: “In a nut-case: His overweening desire is to buy a statue of Lenin. One can’t help but bravo.”

With The Restless Supermarket, the surreal manoeuvres of the short stories settled down into a smoother prose surface and the result was a novel widely regarded as one of the major books of South Africa’s transition: that “parenthetical era, in which a provisional country asserts itself, but drags its history behind it in brackets”. It also marked the beginning of Vladislavić’s long meditation on Johannesburg, one of the few world cities not built on a coastline, navigable river or other visible geographical feature – but rather on what lies below ground.

The novel garnered South Africa’s premier Sunday Times Fiction Prize; five years later Vladislavić won the equivalent non-fiction award for Portrait with Keys (2006), a sequence of more sober but still slyly playful documentary texts about living, walking and thinking in the city – or at least, the old city centre. The prose snags on the banal, the marginal, the everyday – what Georges Perec called the “infra-ordinary”. It is drawn to walls, reading off the various socio-archaeological strata encoded in pre-cast concrete, metal spikes, razor wire and electrified strands. A cycle titled “Engaging the Gorilla” concerns a brand of steering lock that once had the market cornered. Other sections note how urban poachers are gradually butchering Johannesburg’s animal statues for scrap metal – a tail here, hindquarters there – and how homeless people store their belongings below the iron covers of water mains: “I kneel on the pavement like a man gazing down into a well, with this small, impoverished, inexplicably orderly world before me and the chaotic plenitude of the Highveld sky above.”

Around this time, Vladislavić began to be spoken of as the most accomplished prose stylist in South Africa. So it is intriguing to think how his verbal operations differ from those of Coetzee, who might once have held that mantle. Coetzee writes a stringently non-South African, or rather non-national, English that owes much to literary modernism at its most high: one searches his novels in vain for a local brand name or registered trademark that might place the work too crassly. Vladislavić’s narrators, by contrast, compile entire taxonomies of them: Tearle notes down instances of the -rama suffix: (Hyperama, Meatarama, Veg-a-rama) just as he collects different Mr’s (Mr Delivery, Mr Meat, Mr Video). Dating himself as a pre-email specimen, he describes the symbol @ (“Hypermeat was flogging the dead sheep @ R16.95 a kilogram”) as “the very omphalos of consumerism”.

Tearle may cling to the delete mark, but his creator’s willingness to pass through this kind of loop – to enter into a linguistic world that is materialist in all the complex senses of that word – is another factor that might account for the sense of freedom in the work. It effects a “devolution” of the English language, as one critic puts it, allowing the prose to leave off the heavy literary responsibilities and brooding landscapes that have determined what “South African literature” is commonly imagined to be.

Nobody writes about faux-Tuscan shopping malls and the “complex country” of gated communities on the urban edge quite like Vladislavić – the Montecasinos and Villa Venetos where the city’s boundaries are “drifting away, sliding over pristine ridges and valleys, lodging in tenuous places, slipping again”. “Nature is for other people, in other places,” the narrator of Portrait with Keys remarks: “We have planted a forest the birds endorse. For hills, we have mine dumps covered with grass.” Taking certain things less seriously, it frees itself up for the very serious business of understanding what a relentlessly privatised world might be doing to us, to our subjectivities and our ways of relating to others.

There is a final loop or hoop through which one might fall – not a delete mark or an @ but one that is all too real. Near the beginning of Portrait, the speaker is hurrying to catch a football game when he is tripped up on the pavement and falls painfully. The cause is a strip of what seems to be plastic packaging; but when he gets it home the snare proves to be more mysterious: “a one-sided figure, a three-dimensional object with only one surface”. A Möbius strip, in fact: “I have fallen over a paradox.”

It is a cogitative writerly moment; but it is also embedded in a finely drawn street scene where a security guard behind a palisade fence sympathises with the narrator, as does a trader on the other side of the road. She clucks sympathetically, lifts her hand and drops it a couple of times: “If we were different people, if we were the same people in a different place, she might put an arm around my shoulders.” The passage gives us the double helix of Vladislavić’s style: now facing outwards towards the world, now turning inwards towards the medium, without one being able to see where the join might be: “I put my pen gingerly in the loop and run it along the surface, like a child guiding a hoop with a stick, and after a while I arrive back at the starting point.”