Law is pretty abstract. Unlike the role of a doctor or a builder, that of a lawyer is difficult to explain to a young mind. When my children eventually ask me about what I do when I “work” (confusingly simultaneously a place I seem to go to and a thing I do at home; either takes me away from them) my plan is to explain that I help strangers from far off places find new homes. Like Paddington Bear.

I never knew the Michael Bond books as a child but among immigration lawyers Paddington is a walking, talking, ursine pin-up for humanising our work. For this reason I added an illustrated adaptation of the first books to our bookshelves at home. Writing this now I wonder if that’s why I make my own marmalade, although I admit that I cheat by using Mamade. At only four and two and half my children are really a bit too young, but it is why I dragged them along to the cinema to see the film version this weekend.

Just seen #Paddington with the children. Fantastic film with some deep currents on strangers, differences, refuge and welcome.

Reviewing films isn’t exactly a skill of mine. The acting seemed good and all that. Paddington was life-like and his Hard Stare very convincing. Nicole Kidman was as terrifying as ever. Hugh Bonneville gamely communicated the anxieties of modern fatherhood. Sally Hawkins stayed just about the right side of fruitcake. Julie Walters sounded more or less Scottish. Peter Capaldi was ultimately pathetic, in a good way given this was his intended portrayal of the miserable and xenophobic neighbour, Mr Curry. The children seemed, um, realistically childlike to me. 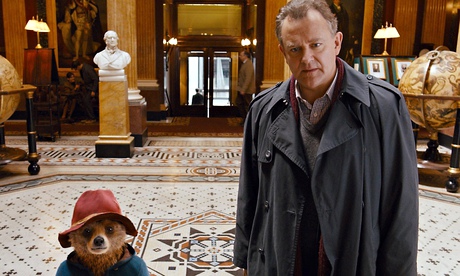 As immigration lawyer, I am more interested in Paddington as client.

Seeking a new home in a far away land, his own having been devastated by disaster, Paddington stows away to London. His link to London derives from a colonial-style explorer his aunt and uncle once met. His English is learned from that era and sounds quaintly old fashioned to cosmopolitan ears. In his new environment his customs and manners cause all sorts of misunderstandings. Some open-minded, open-hearted individuals welcome him. Others reject him. Some merely turn their backs but others are more overtly hostile, worried that more of his kind will follow. Paddington learns and adapts — to an extent — and finds a place in his new host society.

Paddington’s story is that of the modern migrant. He is in many ways typical of my clients. This is more than a mere subtext to the film and it is, I hope, instructive to consider his tale from a legal perspective.

Paddington stows away and deliberately avoids the immigration authorities on arrival. He is in formal legal terms an illegal entrant and as such commits a criminal offence under section 24 of the Immigration Act 1971. It is an offence punishable by up to six months in prison. If or when detected by the authorities it is more likely he would simply be removed back to Peru than that he would be prosecuted, though. To avoid that fate he would need to make out a legal basis to stay.

Incidentally, for offering a home to Paddington — or harbouring him, as the Home Office would have it — Mr and Mrs Brown could potentially face prosecution under section 25 of the Immigration Act 1971, entitled “Assisting unlawful immigration to member State”. The maximum sentence is 14 years.

Paddington And The Refugee Convention

Although he seeks refuge from a natural disaster, Paddington would not qualify as a refugee under the terms of the UN Convention Relating to the Status of Refugees. Refugee status can only be claimed by those fleeing persecution for certain specified reasons and natural disasters are not among them.

The Home Office would not believe Paddington anyway. Unless reported in specific country information sources, the earthquake would be considered a fiction. It would be observed that genuine refugees supposedly travel to countries close to them rather than far away ones. They don’t, of course, and many have the kind of cultural and language ties that bring Paddington to London. Paddington does not claim asylum at the first opportunity, another consideration to be held against him. His lack of knowledge of the immigration system would be no defence. Words like “liar” or “untrue” are for some reason avoided by civil servants; instead they would say in more sanitised and impersonal tones that Paddington’s “credibility” was damaged and his account “not accepted”.

The refusal letter would go on to say — asylum refusals appear to be auto-generated by an early and imperfect type of form filling software — that even if the earthquake had occurred and Paddington was a genuine victim, he could easily relocate within Peru to another remote jungle area, or if necessary to a village, town or city. The authorities of Peru would be able to provide protection.

There are some obvious obstacles to Paddington’s reliance on the Human Rights Act 1998. Let us for the sake of argument extend its application to bears, though. Paddington quickly settles into the Brown family, who open their hearts and love him as one of their own. With his Aunt Lucy unable to care for him any longer, they are his only family. You might think, therefore, that the right to private and family life under Article 8 of the European Convention on, er, Human Rights would help him. 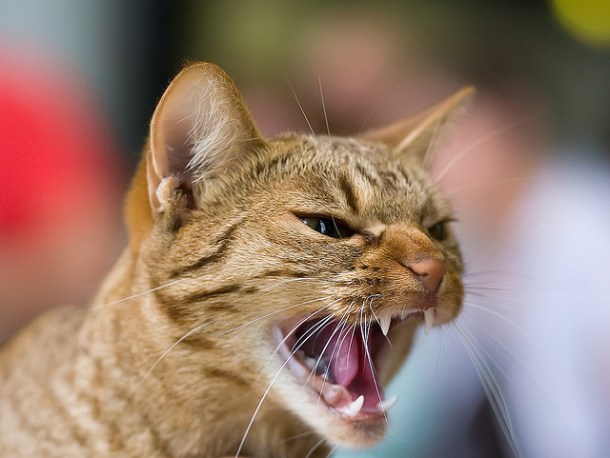 “I’m not making this up…” Photo: Tomi Tapio K, on Flickr

Not so. Human rights are hugely controversial, thought by many politicians to be the aide only of criminals and terrorists. The Home Office position is that Article 8 is fully incorporated into the UK’s immigration rules. Those rules would not recognise Paddington as being a family member and he does not fall into any of the private life categories either. If a child he would need to show seven years of residence and that it would not be reasonable for him to go back to Peru. There is no other route to success for a child.

If an adult, Paddington would need to show “very significant obstacles to the applicant’s integration into the country to which he would have to go if required to leave the UK.” See paragraph 276ADE of the Immigration Rules. Any sign of integration into society in the UK would be taken down and used against him in evidence, so to speak; if he can adapt to life in the UK he can jolly well go back and adapt again to life in Peru, it would be said by the Home Office.

A judge might potentially treat Paddington’s case more flexibly, at least, but would be bound by the terms of the Immigration Act 2014. This instructs judges in the weight to be given to different considerations. Paddington’s mastery of the English language weighs in his favour. His lack of apparent financial independence and his unlawful immigration status weigh against him, and his private and family life would be given reduced weight because it was established at a time when his status was precarious. See section 19 of the Immigration Act 2014. Judges will recognise that family life can, exceptionally, extend to informal adoptions and that private life amounts to more than a mere period of residence, but I would nevertheless assess Paddington’s prospects of success before an immigration judge as virtually zero.

A formal adoption might change this. I know of one such case in real life, by a truly special human being who really did open her heart to a young Paddington.

We are unaware of Paddington’s age. He seems young and is certainly a lot smaller than his aunt and uncle. The overt reference to Second World War child evacuees in the film and implied reference in the books suggest that he may be a child, as does his naivety. Although he would not be aware of it, a great deal would turn on whether Paddington has yet turned 18. If not, he would be regarded as an “Unaccompanied Asylum Seeking Child” (UASC), one of the worst and most dehumanising acronyms to stain the Home Office lexicon. He would be entitled to additional care and support from the local authority responsible (Westminster, incidentally), would be placed in foster care if appropriate and would be allowed to stay until he was 17 and a half. After that, like the Afghan children amongst us, he would usually be forced to leave.

With the uncertainty over his appearance, though, Paddington would really struggle to prove his age. Like many others, he brought only provisions (marmalade) and the clothes he wore (a red hat), not identity documents (his label doesn’t really provide much in the way of detail). We see his aunt and uncle but the Home Office age assessor would not. As with many others with an unusual appearance and no documentary proof, the Home Office would probably assess his age as being over 18 and treat him as if he were an adult.

If detected by the authorities, perhaps in a dawn raid on the Browns, the authorities having been tipped off by Mr Curry on David Cameron’s “shop-a-neighbour” hotline, Paddington would in all likelihood be detained in one of our virulently multiplying private immigration detention spaces. Unless the Peruvian embassy accepted him as one of their nationals, he would languish there indefinitely, generating profits for the private contractor and costing the public purse a small fortune. The Home Office would be unable to remove him but as a point of principle would be unwilling to let him go.

Like others caught in apparently indefinite administrative detention, his mental and physical health would likely deteriorate. The atmosphere inside the detention centres can be poisonous. For an inkling, take a look at this six-minute video from 29 November 2014 and listen to the very ordinary voices who speak. Paddington would be in a sorry state after a few months.

Like many others in his position, Paddington tries to get on with his life. The film only captures his first days in the United Kingdom, so we never find out how he gets on.

Paddington is hunted, though, and we see that. His presence is tracked through video cameras and intelligence from members of the public. His home is even raided. It is an intimation of what life may feel like under the Immigration Act 2014, which turns landlords into immigration officers and co-opts banks, building societies, doctors and others to detect the Paddingtons who dare to roam among us.

This article first appeared on freemovement.org.uk and is crossposted here with permission. Follow Colin Yeo on Twitter @ColinYeo1