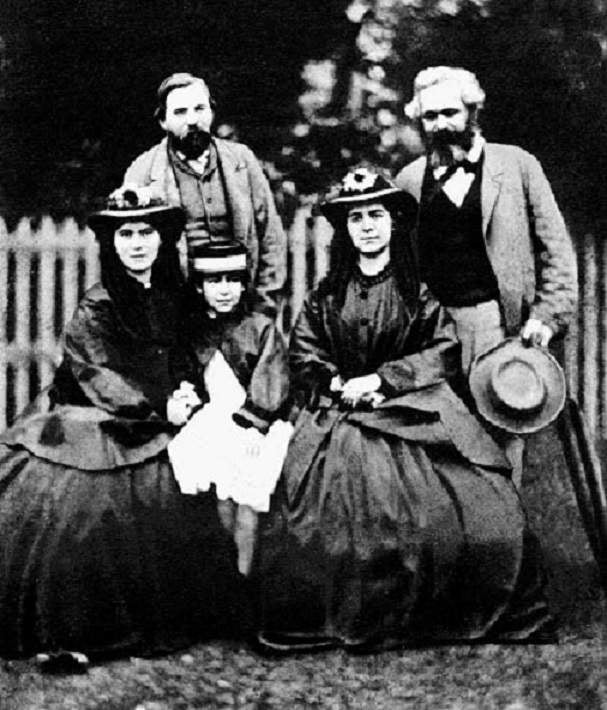 Eleanor Marx changed the world and in so-doing revolutionised herself. Internationalist, socialist, feminist, trade unionist – I’m compelled to write about a great British historical hero because she’s so relevant. Born in 1855 in a garret to poor political exiles, Eleanor’s arrival was disappointing to her philosopher father. He wanted a boy. But by her first birthday she was his favourite. Nicknamed Tussy, to rhyme, her parents said, with pussy not fussy, cats she adored; fussy she wasn’t. She loved Shakespeare, Ibsen, both Shelleys, good poetry, bad puns and champagne (well, German Sekt), that she described as her idea of happiness.

Eleanor braved the world to test what she’d learned from Marx and Engels at the family hearth. Tussy and Capital grew up together; her father wrote the first volume during the first decade of her life. She spent her adulthood editing this world-changing masterwork and others of his seminal manuscripts. If Marx and Engels were the theory, Eleanor was the practice. Her quest to “Go ahead!”, to live it, soon took her into new worlds including the artistic circles of early bohemian Bloomsbury. She pioneered Ibsenism in Britain, translated Flaubert’s Madame Bovary into English for the first time and was her father’s first biographer. Subsequent biographies of Marx and Engels draw on her work.

Eleanor knew a Britain that was not yet an electoral democracy. Working-class men, all women and the poor were disenfranchised. Eric Hobsbawm observed that in the 1860s and 1870s native socialists might have comfortably fit into one smallish hall. She moved them onto the streets and political stage. She was one of the first and most prominent leaders of the new trade unionism, bringing feminism into the heart of the movement. And “Our Old Stoker” and “Our Mother”, as she was nicknamed by working people, was Britain’s most in-demand popular orator.

Eleanor often said, “I inherited my father’s nose … and not his genius.” Friends disagreed. She certainly inherited his genius. Her loss was her sex not her nose. Born into Victorian Britain, she had no right to education, was barred from university, from voting or standing for parliament, from most professions and from controlling her own body.

Crucially, Eleanor was the mother of socialist feminism. Suffrage reform for middle-class women within existing capitalist society failed to address “the debate on the attitude of social democracy towards working women.” Instead, she “proposed to deal with the Sex Question from the point of view of the working class and the class struggle.” Her philosophy of socialist-feminism was summarised in “The Woman Question: From a Socialist Point of View.” Understanding the role of economics in human society was essential to human happiness. She found for women, the most important element was work.

In 1889 Eleanor Marx and Will Thorne launched the National Union of Gas Workers and General Labourers of Great Britain and Ireland wanting to reduce the working day from 12 to 8 hours, establish double rates for Sunday overtime and involve women in every aspect of union membership and leadership. Thorne, who became the first General Secretary of the TUC, remarked, “Strange to say, the historians hardly noticed the revolution we created.” This year the GMB – direct descendent of Eleanor’s Gasworkers – celebrates its 125th anniversary. In December, I am going to open its new HQ: “Eleanor Marx House”. Current GMB membership is 631,000. Compare that with the 388,000 combined membership of the Conservative, Labour, Lib Dem and Green Parties in September 2014, and the 114,000 and rising of nationalist parties. The legacy of Eleanor’s changemaking is still active in the lives of millions of British working people. The brilliant and formidable Frances O’Grady is the first woman General Secretary of the TUC; a testament to Eleanor, who nonetheless would be appalled it has taken so long.

Unintentionally, during the long journey of writing her story, I found myself living in increasingly familiar terrain. The financial crisis prompted a renewed analysis of the structure of capitalism; new movements for social democracy, particularly in the Middle East, posed questions about democratic revolutions; the so-called war on terror caused re-evaluation of values of internationalism and universal human rights; and the new tech revolution in media and globalization swelled the tide of fourth wave feminism.

Many of the freedoms and benefits of modern British democracy are a direct result of the work of Eleanor Marx and women and men like her. The eight-hour day. The outlawing of child labour. Access to equal education. Freedoms of expression. Trade unions. Universal suffrage. Democratically selected parliamentary representation, regardless of class, religion, gender or ethnicity. Feminism. To live with Eleanor for a while is to have an opportunity to remember how we got here, where the liberties we enjoy came from. And at what price we let them go.

Rachel Holmes will be discussing the life of Eleanor Marx with Shami Chakrabarti at the Cambridge Literary Festival, 11.30am, 30 November. Tickets £5-10 available here

“Eleanor Marx: A Life” by Rachel Holmes is published by Bloomsbury, £25 hardback