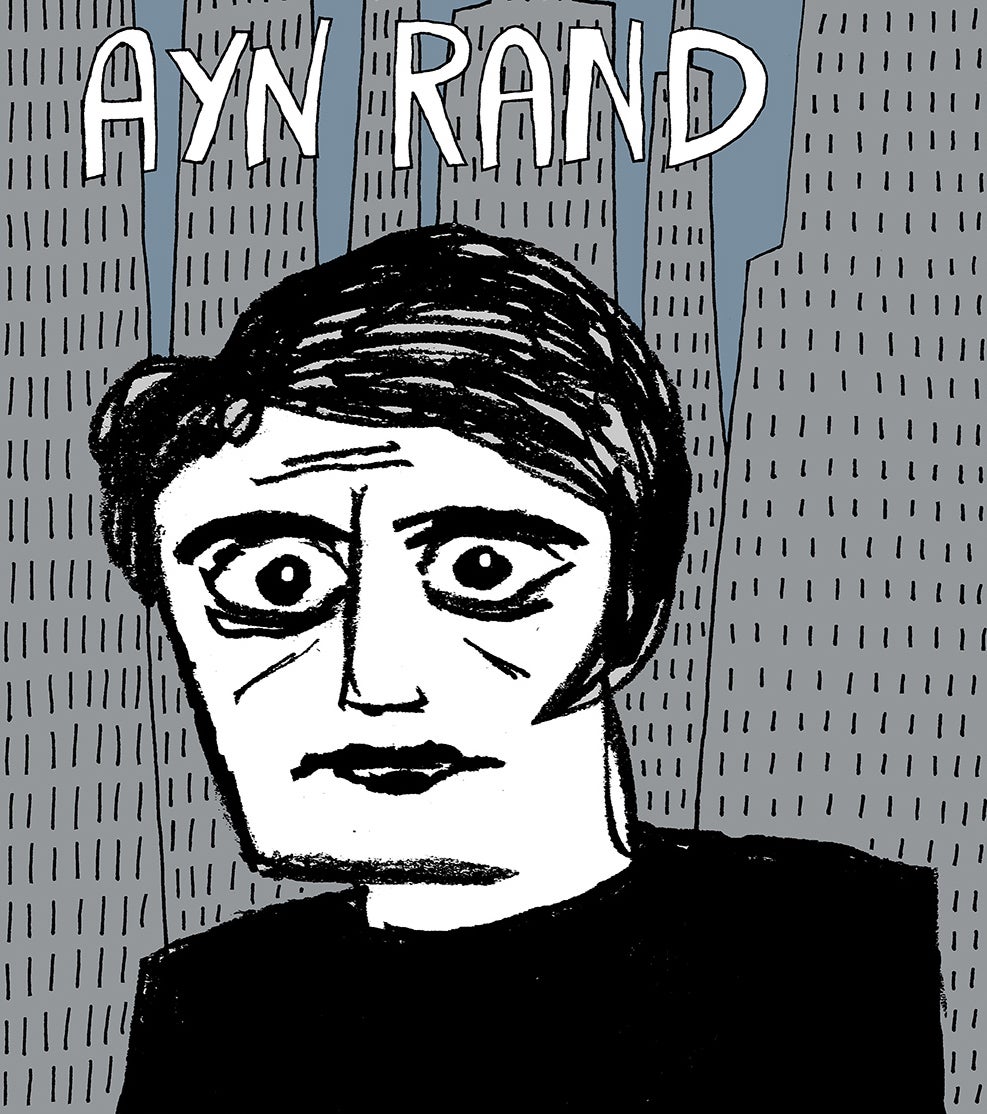 I can’t remember how I first came across Ayn Rand. I know I was already aware of Rand when news broke of her death in 1982. This suggests that I was a teenager when I initially came across the First Lady of Logic. Back then I was dimly aware that she had some dubious political views and was a hate figure to those on the left, but beyond that I knew nothing. Yet, she’s gone on to have a profound influence on me, not because I share her philosophy, but because I don’t.

I was drawn to Ayn Rand because her politics are almost exactly the opposite of my own. I tend to take the side of the underdog and I have a keen sense of injustice. She cared little for those crushed under the wheels of capitalism and considered economic failure to be your own fault if it happened to you. To help another just for the sake of it with no benefit to yourself, was in her eyes, a moral weakness. She developed a whole philosophy – the philosophy of Objectivism, in order to justify her own selfishness and contempt for the needy.

Rand is little known in Europe, but in the States, 30 years after her death, she still has a huge following. Her books, especially Atlas Shrugged, sell in their thousands. Top businessmen and politicians name her as an influence. Objectivism is a very convenient philosophy if you’re someone who venerates your own needs over everyone else’s.

My book on the 2008 financial crisis, Supercrash, starts with Ayn Rand. I wanted to write about Rand, because I felt if I could understand her, I could get to the heart of what has gone wrong in Western politics over the past three decades, and at the same time, define my own beliefs more thoroughly.

Ayn Rand’s hand in the 2008 financial crisis, through her influence on the chair of the US Federal Reserve, Alan Greenspan, has been well documented. Rand was Greenspan’s mentor in the years before he reached high office when he completely bought the Objectivist line, that the free market was entirely good and government regulation entirely bad. As a result, his zero touch approach to mortgage and banking regulation led directly to the financial crisis. He felt, as Rand did, that business could regulate itself more effectively than any government could. After all, banking CEOs were hardly likely to destroy their own businessess, were they? In short, Greenspan took his hands off the steering wheel, allowing the car to veer off a cliff.

Rand’s fear of government control stemmed from her youthful experiences in Russia during the revolution. She was born in Saint Petersburg in the early years of the 20th century and emigrated to the US in the 1920s. She’d seen the horrors of totalitarianism first hand, and she forever-after associated government regulation, no matter how benign, to be a sign of creeping communism. She saw how her father’s business had been appropriated by the Bolsheviks, “for the good of the people”. This, in her view, was altruism being used as a cover for theft. It marked the beginning of her distrust of altruism as a concept and her embracing of selfishness as a virtue.

In Rand’s philosophy an individual’s needs matter more than the needs of the majority, taxation is theft, and the welfare system should be allowed to wither away (along, presumably, with the poor).

So a world of low taxes, low business regulation, welfare state rollback, and government reduced only to matters of policing and the military, while all else is farmed out to giant corporations, is a world Rand would much approve of. If this picture looks familiar, it’s because it’s the world that those on the political right have been moving us towards for the last thirty years.

All of the above shows us why Ayn Rand is still relevant. Hers is the spirit of the age: the age of selfishness. An age of greed, financial crime, and indifference to the poor, sick, and disabled. Where most work harder for less and a tiny percentage of people at the top of society own the majority of all wealth.

Darryl Cunningham’s “Supercrash: How to Hijack the Global Economy” is published by Myriad, £14.99