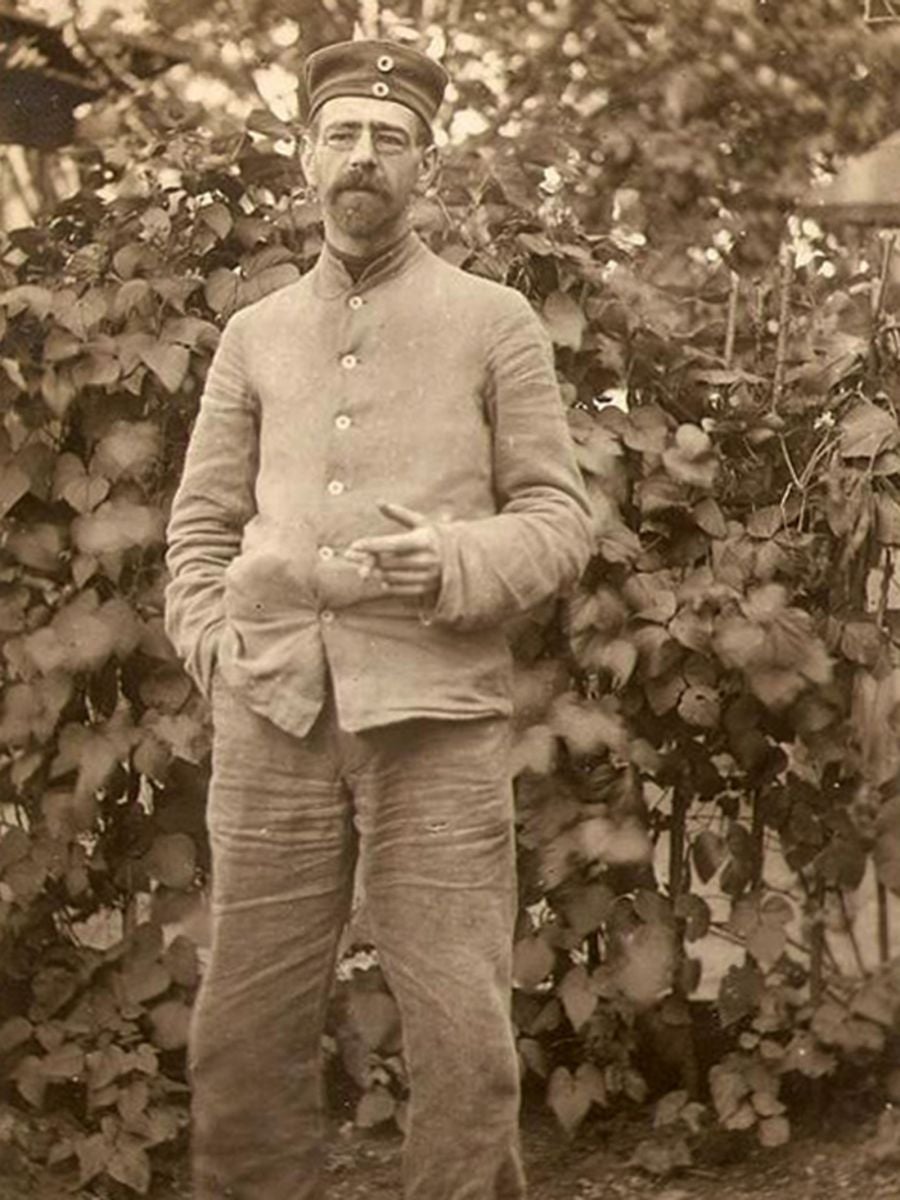 History, they say, is written by the victors. Yet not always: there is no shortage of historical material from German sources reflecting back on the two catastrophic world wars of the 20th century.

Thanks to my grandfather, I can add a personal note from the losers’ perspective. He fought in the German army during the First World War – and in 1943, 27 years after he was called up to help defend his country, while Europe was again engulfed in war, he sat down to write his memoirs.

They make a fascinating counterpoint to the current debate, representing as they do the viewpoint of a liberal-minded German businessman, a non-practising Jew who, by the time he was writing his memoirs, had fled from the Nazis and was living in exile in neutral Portugal.

The view of the Education Secretary, Michael Gove, is that the 1914-18 war was caused by “the ruthless social Darwinism of the German elites, the pitiless approach they took to occupation, their aggressively expansionist war aims and their scorn for the international order”.

My grandfather took a different view. “Without question,” he wrote, “Germany was not guilty of starting the war and even less was she the only guilty party . . . At the outbreak of war, there were very few people in Germany, and none among the liberals and, particularly, among Jews, who did not believe that Germany was fighting in a just cause.”

That cause, in the eyes of my grandfather, writing as the former owner of a small textiles business who had long experience of competing, often successfully, against similar British companies, was the defence of Germany against British economic domination. Britain, he said – or England, as he called it – had felt compelled to go to war to protect its economic interests.

“Imagine what was lost to the conser­vative English in big business, in railway construction, electrical installations, etc [by increasing German competition], and you will agree that this war, waged with entirely fair weapons, must have contributed at least as much to England’s annoyance with Germany as the latter’s military rearmament. Personally, I had always been convinced that the war, when it eventually came, and it became more and more probable that it would in fact come, would be started by England for economic reasons.”

By 1943, my grandfather had no reason to feel any lingering sympathy for the country in whose army he had fought a quarter of a century earlier. (As a businessman and employer, he had not been called up until 1916, at the age of 41.) Yet his cool, even fair-minded, appraisal of what had led to the earlier conflict is quite remarkable.

“Hardly anybody considered the war as one of German aggression,” he wrote. “I am firmly convinced that it is incorrect to ascribe to the Kaiser plans for world domination, such as were nurtured by Hitler. Wilhelm was a romantic, and his enthusiasm for the sea and the navy were more romantic than political in nature.

“I admit that he would have liked to have more colonies, but he would not have gone to war to obtain them, and even less did he have territorial ambitions on the continent of Europe . . . The words of an English statesman – I cannot remember at the moment who – ‘All of us slid into it together,’ seem to hit the nail on the head.” It was Lloyd George who said in a speech in 1920 that Europe had “glided, or rather staggered and stumbled”, into war.

My grandfather was not a historian, and he certainly didn’t have access to the wealth of official documents that have become available over recent decades. From his memoirs, however, he emerges as both clear-sighted and perceptive, and, given the circumstances in which he was writing in 1943, extraordinarily dispassionate.

His experience in the German military was mercifully uneventful. As a conscript much older than most of his comrades – an “old gentleman”, in army parlance – he was mostly kept away from the front lines, although, in Flanders in July 1917, when he was less than ten miles south-east of Ypres, he reported: “The English batteries opposite us were firing with enthusiasm, and even as we arrived, some shells hit the ground close to our position.”

After the Nazis came to power in 1933, my grandfather’s army experience was briefly recognised as he was designated a former Frontkämpfer, a fighter on the front. Jews who qualified were, for a short time, exempt from some of the Nazis’ anti-Jewish laws, a concession that afforded him some wry amusement. “In retrospect, I’m quite glad that I served in the army and was sent to the front,” he wrote. “My military experiences did not give me any real advantages during the Third Reich, but I am pleased that the Führer has expressly acknowledged the fact that I fought at the front by awarding me a special medal, and that he has thereby compromised himself.”

My grandfather eventually made it to London in December 1946 but immediately fell ill and died five months later. I never met him.

Robin Lustig is a journalist and broadcaster. He presented “The World Tonight” on BBC Radio 4 from 1989 to 2012