Bruce Springsteen’s Born in the USA, which is 30-years-old this week, was the soundtrack to the end of my parents’ marriage. “Your father,” Mum told me, “spent a year sitting on the sofa in tears, listening to that LP.” I doubt it was the title track that upset Dad because that was the one I used to play air guitar to atop my toy box. “Downbound Train” begins, “I had a job/I had a girl…” but Dad’s career was going great when, in the mid-1980s, he decided he was off. “Glory Days” laments the way life can pass you by but it’s encased in jagged guitars and soaring synthesisers. I expect the one that got him was “I’m On Fire” with its muted arpeggio and, “freight train running through the middle of my head.” It was, according to the singer from the now defunct Yorkshire-based tribute band Born to Run, the most requested track.

I used to perform Springsteen covers at undergraduate open mic nights. “The River” sounded passable, providing I could hit the high note on “economy”, and I belted out “Atlantic City”, but SWP members booed my “Born in the USA”. This was in spring 2003, when America and Britain invaded Iraq, so nobody wanted to hear rallying songs about American patriotism. But that, as everyone surely knows by now, is not what “Born in the USA” is about. The protagonist is “born down in a dead man’s town”, sent to Vietnam to “kill the yellow man” then returns home to trauma and dispossession. You’d have to be as careless as Ronald Regan, who adopted the song on the campaign trail in 1984, to think the lyrics celebrate, rather than debunk, the American dream. It’d be like reading The Great Gatsby as high society nostalgia. 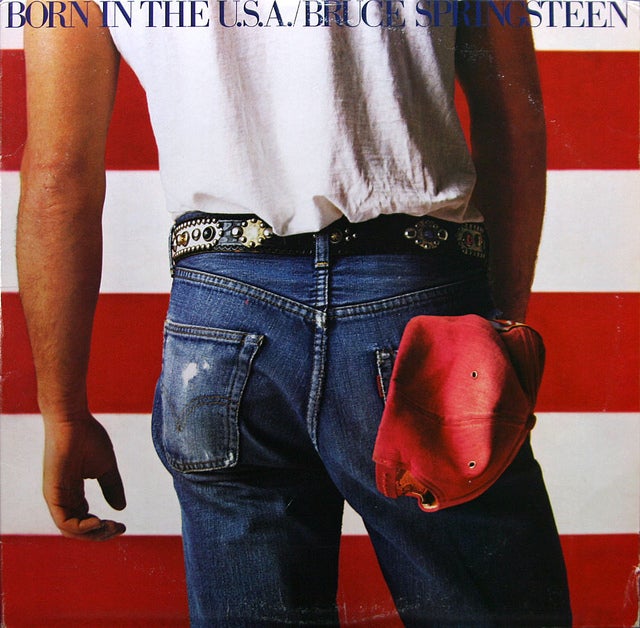 The song appeared a decade after America’s withdrawal from Vietnam, which reminds me that Tolstoy said you shouldn’t write about real events until ten years have passed. Perhaps somebody will soon articulate the sense of political alienation that exists among those who opposed the war in Iraq. Don’t hold your breath, I hear Bruce is a fan of Mumford & Sons, but the song’s meaning isn’t confined to war and macropolitics. After graduation, as I applied for jobs I didn’t want, I incanted verse three: “Come back home to the refinery/ Hiring man says: ‘Son, if it was up to me’/ Went down to see my V.A. man/ He said: ‘Son, don’t you understand now?’” I was an arts graduate not a war veteran, I wanted to be a writer not an oil refiner, but I was shocked by how difficult it is to get on. This was during the pre-2008 “boom years”, so those words might resonate even more with today’s graduates.

Born in the USA is a more commercial record than its predecessors, Nebraska and The River, but it speaks to those who feel caught between a fading past and an uncertain future. On “Dancing in the Dark” and “My Hometown”, Springsteen makes visceral points lightly, articulating romantic longing amid industrial decline. Performing the title track on his 1984 world tour, he inhabited his character as convincingly as Daniel Day-Lewis. When my girlfriend and I went to watch him in New Jersey in 2012, I realised that he’s now more an entertainer than an artist. It was troubling to think that might always have been true. Had I misunderstood the man whose misunderstood song I cherish? I danced until my knees ached.

E Street Band organist Danny Federici and saxophonist Clarence Clemons, who both played on Born in the USA, died in 2008 and 2011 respectively. The world I was born in to, where Springsteen drowned out news of the miners’ strike and my parents’ arguments, has vanished but the album sounds as relevant today as it did then. Next summer, I’ll play songs from it at my wedding, including “Bobby Jean” which is a moving salute to absent friends and lost time. I have no memory of tears in 1984 but I remember wondering about a line which still puzzles me today. What exactly is a ‘long gone daddy in the USA’?