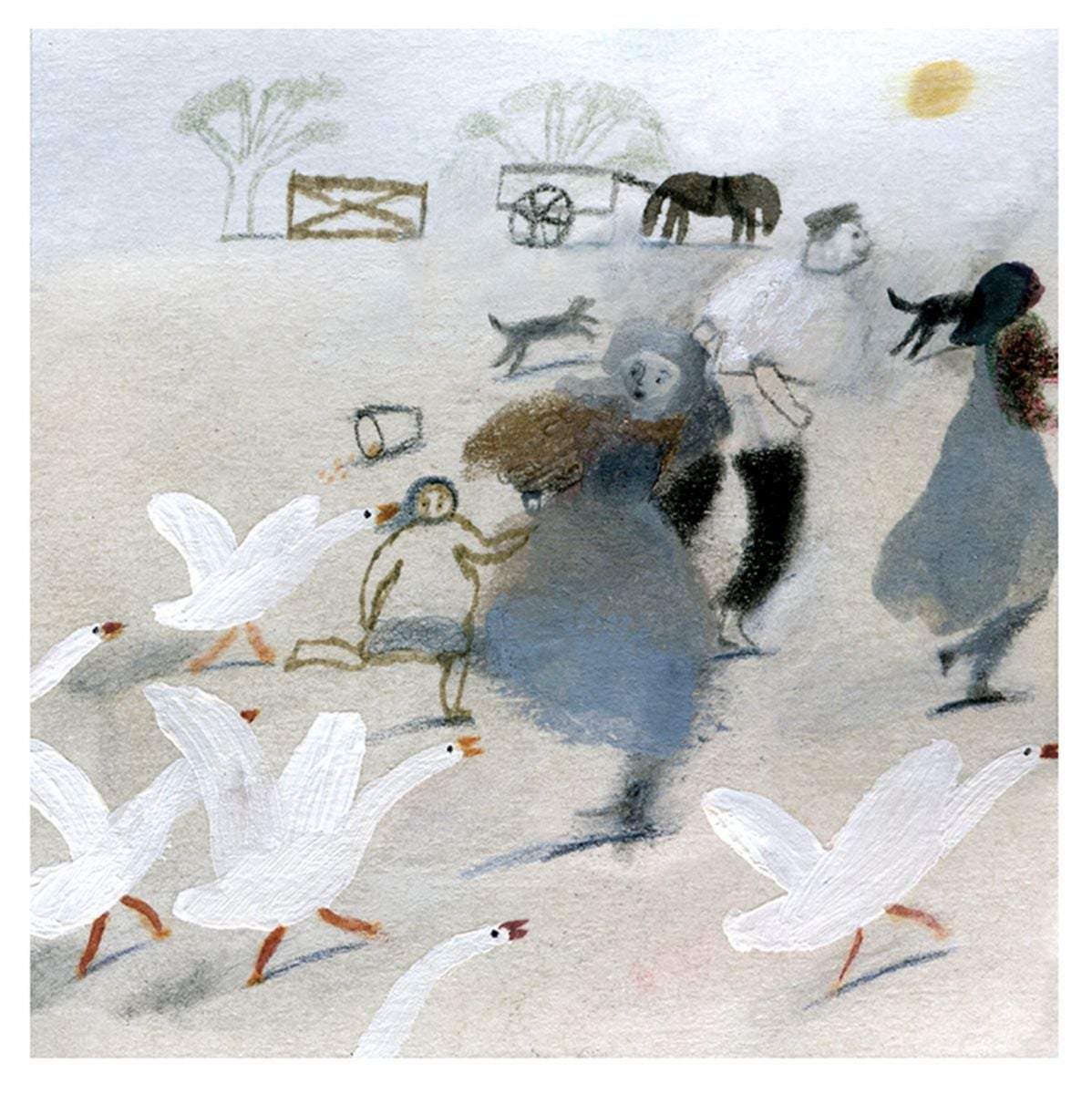 Last spring was one of the coldest ever recorded in the UK. This year, widespread floods preceded a hot spell that gave way to chilly rain. Latterly, Saharan dust has blown up from the south, imparting a sepia tinge to dangerous levels of air pollution. On the other side of the Atlantic, 2014 began with a cold system stuck in place, a polar vortex that blew weeks of snow down America’s east coast. There have always been variations in the weather but they seem now to be of a new swiftness and severity and there is plenty of climate science to tell us why. We are heating the planet; there is simply more energy in the atmosphere. I don’t think I am imagining that I can feel it sometimes outside, this arrhythmical turbulence, the weather not knowing what to do with itself.

For previous generations, the changing of the seasons was more orderly. Year rhymed with year and a form of poetry emerged to celebrate the pleasures and labours of each part. Around 42BC, Virgil began writing his bucolic Eclogues. A thousand five hundred years later, Edmund Spenser used them as the model for his Shepheardes Calender and three hundred years after that John Clare published his own Shepherd’s Calendar, a handsomely illustrated reissue of which has appeared this month from Oxford University Press to commemorate the passing of 150 years since Clare’s death. His poem, a month-by-month description of the peasant’s unfolding year, has a sparkling freshness. Here is his spring arriving in April:

And gosslings waddle oer the plain

As yellow as its flowers

Or swim the pond in wild delight

To catch the water flye

Where hissing geese in ceasless spite

This happens in the present tense, as does everything in the poem. November’s birdlife – “The Owlet leaves her hiding place at noon/And flaps her grey wings in the doubling light” – is as present as April’s geese. The living year breathes in its entirety at every moment because in a world of reliable repetition every moment is immanent in every other. The reader’s sense of this is heightened by how subtle Clare’s observations are. As well as the familiar rural pageantry of those waddling goslings, there are the most evanescent effects. In March we see a woman spinning:

When the bright sun will thro the window steal

And gleam upon her face and dancing fall

In diamond shadows on the picturd wall

While the white butterflye as in amaze

Will settle on the glossy glass to gaze . . .

It’s a rich and a safe world, in which even this momentary flush of strengthening light, as delicate as that butterfly on the window, can be vouchsafed.

Clare became celebrated as a “peasant poet”, a singing prodigy of a class that no longer exists in Britain. In the 1970s the art critic and novelist John Berger, a familiar presence in these pages, moved to the Haute-Savoie, where he lived alongside the region’s remaining peasants and wrote a trilogy of novels about peasant life called Into Their Labours. His “historical afterword” to the first of these books is as good a description of the world of Clare’s childhood as you could find. In it, Berger talks about peasants dwelling in a “culture of survival” that “envisages the future as a sequence of repeated acts . . . Each act pushes a thread through the eye of a needle and the thread is tradition. No overall increase is envisaged.” This is in contrast to the culture we inhabit, that of capital and consumption that is insecurely founded on a vision of a future that is endlessly expanding, infinite growth emerging from the promises of credit, forever more and more to consume. For a peasant this is not plausible: the land can only produce so much. “Work routines are traditional and cyclic,” Berger writes: “they repeat themselves each year, and sometimes each day.”

The Shepherd’s Calendar describes those repeated acts from the inside. Here’s a moment from July:

The weary thresher leaves his barn

And emptys from his shoes the corn

That gatherd in them thro the day

And homward bends his weary way . . .

Those painful corn kernels in the labourer’s shoes – that has the ring of lived experience, and indeed Clare had threshed, wielding his flail next to his father. But by the time of writing the poem, he feared that the survival of peasant life was already coming undone. The enclosures of land that he saw as a boy had inaugurated a new pattern of ownership and land use. The large monocultural fields of agribusiness were on their way. His poetry celebrated the old cyclical life of the countryside for an educated audience largely alienated from that world, caught up in the linear onrush of progress. It is hard to read it now without feeling a pang of loss. We know that that world is gone, that we are all consumers now, that there’s no peasantry from which we might learn one method of survival even as we wonder what next week’s weather will bring.