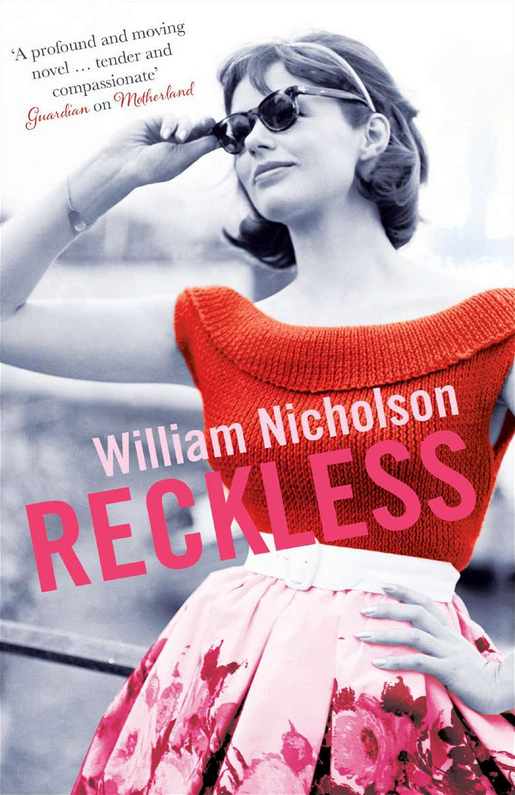 William Nicholson’s writing credits include the screenplays for Gladiator and Shadowlands, award-winning children’s fiction and a series of interlinked novels, of which his latest, Reckless, is a part.

Reckless is a story about faith and love and the madness of nuclear war. It covers the two decades from the end of the Second World War to the culmination of the Cuban nuclear missile crisis in 1962 and draws the reader into the personal and political lives of both real and fictionalised characters who are affected by Kennedy and Khrushchev locking horns.

The real-life characters include JFK and Khrushchev, Stephen Ward (with the Profumo affair starlets Mandy Rice-Davies and Christine Keeler), Harold Macmillan, Lady Astor and most memorably Lord Mountbatten. At the heart of the novel is Mountbatten’s (fictional) adviser Rupert Blundell, the man who tells Mountbatten “things I don’t want to hear … and that’s just what I want to hear”.

Blundell is searching for an end to his loneliness. He feels that his chance for love passed him by in 1945 when, in Sri Lanka with Mountbatten, he dares to suggest to his colleague Joyce that he wants more than friendship. Back in London in the early 1960s, Rupert crosses paths with Mary, another lonely figure who, on a whim, he decides to help find what she is looking for.

With the Cuban crisis looming, we also meet Pamela, a bored, beautiful girl who tries to find love in Ward’s set, a group of impossibly self-obsessed friends who weekend at the Astors’ Cliveden estate, where anything goes.

Reckless leaves you wanting to know what happens next, even though, with the real life events, you know the answer. Nicholson also has a talent for capturing the minutiae of life. When Pamela’s marriage-obsessed friend Susie hears that nuclear war is imminent, she asks: “And you think this might happen before my wedding?”

Reckless weaves together complex issues and manages to maintain suspense and intrigue throughout. It leaves you with the feeling that whenever madness is afoot, there are decent people behind the scenes, like Rupert, who are more significant than they think.