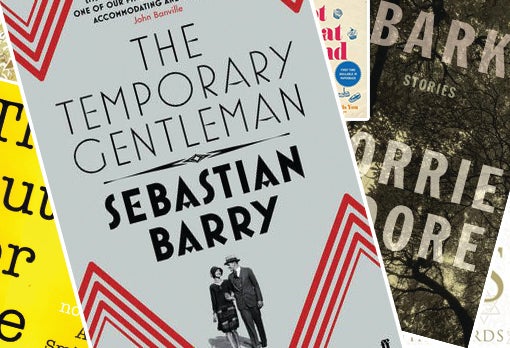 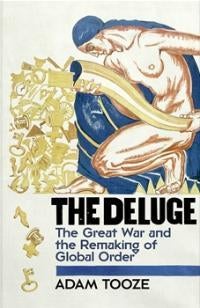 On the morning of 28 June 1914 the Yugoslav nationalist Gavrilo Princip fired two shots from his Fabrique Nationale semi-automatic pistol. One of them killed Archduke Franz Ferdinand, heir to the Austro-Hungarian throne. A month later, the world was at war – a hundred years later, we are still living in its shadow. The publishing industry began its centenary activities early, with histories by Margaret McMillan, Jeremy Paxman and Max Hastings last year. In 2014 the flood of doorstop books continues. Historians are tackling the prelude – in That Fateful Year: England 1914 by Mark Bostridge (Viking, January) – and the epilogue, in The Deluge: the Great War and the Remaking of Global Order (1916-1931) by Adam Tooze (Allen Lane, May).

Contemporary literary responses are collected in No Man’s Land: Writings from the World at War (Serpent’s Tale, January), while The Hundred Years’ War: Modern War Poems (Bloodaxe, April), edited by Neil Astley, makes the connection to current conflicts and the nebulous war on terror. Why are we still so obsessed with the Great War, and so anxious about our commemorations? Frank Furedi tackles this head-on in First World War: Still No End in Sight (Bloomsbury/Continuum, January), arguing that those four years of horror bled into a century of entrenched culture wars.

Naomi Klein would argue that there are greater disasters on the horizon. Her The Message (Allen Lane, September) is a call to arms in the face of catastrophic climate change. In Russell Brand’s issue of the New Statesman last year Klein advocated direct action, reasoning that “It’s not a revolution, but it’s a start. And it might just buy us enough time to figure out a way to live on this planet that is distinctly less fucked.” 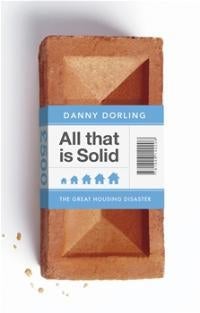 We are not short of impending crises. In On Liberty (Allen Lane, September), Shami Chakrabati shows that our democratic institutions are under just as much threat as our environment. Danny Dorling’s All That is Solid (Allen Lane, February) examines the UK’s disastrous relationship with housing. Our right to shelter is as fragile as our right to privacy, a theme picked up in two books on last year’s NSA scandal – The Snowden Files: The True Inside Story of the World’s Most Wanted Man by Luke Harding (Guardian Faber, April) and No Place to Hide by Snowden’s contact Glenn Greenwald (Hamish Hamilton, May) – and an account of the News International saga, the rather grandiosely titled Hack Attack: the Inside Story of How One Journalist Exposed the World’s Most Powerful Media Mogul by Nick Davies (Chatto & Windus, April). Our right to protest? Equally at risk, as the Kremlin’s treatment of the feminist punk band Pussy Riot showed: Words Will Break Cement: the Passion of Pussy Riot by Marsha Gessen (Granta, February) tells their story.

Rhiannon Cosslett and Holly Baxter, co-founders of the Vagenda blog and authors of The V Spot on newstatesman.com, would approve: their first book, The Vagenda (Square Peg, May) shows readers how to tackle insidious media misogyny through “articulate activism”. Read it alongside Laura Bates’s shocking catalogue of true stories in Everyday Sexism (Simon & Schuster, May) and Laurie Penny’s essays on gender, Unspeakable Things (Bloomsbury, July).

On 18 September, a referendum will ask “Should Scotland be an independent country?” The historian Linda Colley does some groundwork with an examination of what has held the UK together – and what is driving it apart – in Acts of Union and Disunion (Profile Books, January) and the Scottish novelist Alasdair Gray presents his vision of an independent Scotland in Independence (Canongate, June). 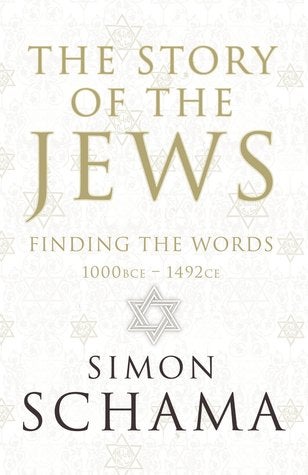 A contender for “big idea of the year” is Sapiens by Yuval Harari (Harvill Secker, September 4), a number one bestseller in Israel, and nothing less than a 360-degree history of humankind and a prophecy about our future: its publisher claims it will change “the way we view our world”. Michael Lewis has changed the way we view the financial world in books such as Moneyball, The Big Short and Liar’s Poker – his new, as-yet untitled book in April (Allen Lane) is bound to be an event, as will the second volume of Simon Schama’s snappily written The Story of the Jews (Bodley Head, September).

Back on home turf, there are plenty more histories, both sweeping and specific. David Kynaston’s superb Modernist Britain series continues with A Shake of the Dice, 1959-62 (Bloomsbury, September). Two Labour MPs take on British institutions: Chris Bryant in Parliament: the Biography, Volume One (Doubleday, March) and Tristram Hunt in Ten Cities that Made an Empire (Allen Lane, June). That magic “ten things” formula is applied to pop music, in A History of Rock and Roll in Ten Songs by Greil Marcus (Yale University Press, September). The New Statesman science columnist, Michael Brooks, goes one better with his account of “11 Discoveries Taking Science By Surprise”, The Edge of Uncertainty (Profile, October).

Various historical figures are to be disinterred in 2014. To coincide with the TV adaptation of Wolf Hall, the joint chief curator of royal palaces Tracy Borman attempts a biography of the “real” Thomas Cromwell (Hodder & Stoughton, September). Boris Johnson paints Winston Churchill as a “resounding human rebuttal to all Marxist historians” in The Churchill Factor (Hodder & Stoughton, October) and Churchill’s own biographer Roy Jenkins is given the definitive, doorstopper treatment in John Campbell’s account of a “well-filled and well-rounded” life (Jonathan Cape, March). Across the Atlantic, John Updike gets his first landmark biography in Adam Begley’s Updike (HarperCollins USA, April). 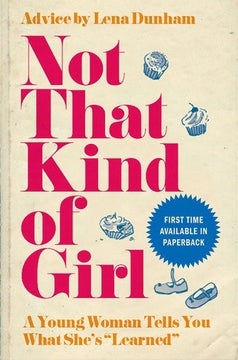 Life stories of the still-breathing include Alan Johnson’s follow-up to his extraordinarily successful memoir This Boy, There’s a Place (Bantam, September); in the year of Monty Python’s reunion, Terry Gilliam’s neatly timed autobiography (Canongate, October); Vivienne Westwood: The Authorised Life Story, co-written with Ian Kelly (Picador, October) and Not That Kind of Girl: a Young Woman Tells You What She’s Learned by the creator and star of the cult American comedy Girls, Lena Dunham (Fourth Estate, October). Hillary Clinton’s memoir (Simon & Schuster, June) will be read closely by those curious about her intentions for the 2016 presidential elections.

In fiction, several major British novelists have offerings in 2014. Martin Amis returns to Auschwitz in his 14th novel, The Zone of Interest (Jonathan Cape, August); Hanif Kureishi tells the story of an elderly Indian writer and his white English biographer – echoing the real-life relationship between V S Naipaul and Patrick French – in The Last Word (Faber & Faber, February); the Cloud Atlas author, David Mitchell, goes back to the future in The Bone Clocks (Sceptre, September) and Sarah Waters sets The Paying Guest (Virago, September) in 1920s London. Will Self publishes Shark, a sequel to the Booker-shortlisted Umbrella (Viking, September), and Ali Smith follows There But for The with another intriguingly abbreviated title, How to Be Both (Hamish Hamilton, August). There’s also a novel from Nick Hornby (Viking, September) and new books from two acclaimed Irish storytellers, Colm Tóibín’s 1960s-set Nora Webster (Viking, October) and Sebastian Barry’s The Temporary Gentleman (Faber & Faber, April), picking up the story of the McNulty family at the end of the Second World War.

Some Granta Best of Young British Novelists alumni have headline billing and some are still waiting in the wings – but this could be a breakthrough year for Adam Foulds (In the Wolf’s Mouth, Jonathan Cape, February) or Andrew O’Hagan (The Illuminations, Faber & Faber, June), both of whom have novels circling around the Second World War. 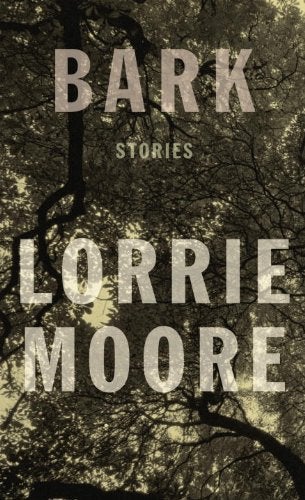 Two American masters return in 2014. Fans of Marilynne Robinson will be giddy at the prospect of a new novel, Lila, which lands in October from Virago, after two prime cuts of short stories: Can’t and Won’t (Hamish Hamilton, April) by Lydia Davis, the translator and author who won the Man Booker International last year, and Lorrie Moore’s Bark (Faber & Faber, March), her first collection in 15 years. You never have to wait that long to hear from Joyce Carol Oates, who, at 75, still publishes novels at the same rate as the Beatles released LPs. In January, there’s Carthage (Fourth Estate, January), about a troubled Iraq war veteran, and in June, a collection of Gothic novellas, Evil Eye (Head of Zeus, June). Oates has something of a kindred spirit in the macabre film director David Cronenberg – God knows what evils he will dream up in his debut novel Consumed, first announced in 2008 and now finally coming from Fourth Estate in September.