I would find it difficult to write a review of 12 Years A Slave, since my reaction to it was so visceral. Steve McQueen’s film, which last night won a Golden Globe for Best Drama, is based on the true story of Solomon Northup, a successful black businessman from New York State who is kidnapped and sold into slavery in the South. Northup remains there for 12 years, until – spoiler alert, the first of a couple – he meets a Canadian man who helps to set him free.

Given this film’s subject matter, not to say its majestic cast – led by the outstanding Chiwetel Ejiofor, as Solomon – it has been welcomed with the fanfare normally reserved for a political event. In some sense, that’s exactly what it is. It’s a two-hour look at one of the most relentlessly ugly periods ever offered up by a world that would call itself civilised. After all, slavery has shaped so much of our world, at terrible, terrible cost. If, for just one day, Western edifices turned red with the blood of those who built it, then several of our favourite monuments would be more than tinged with crimson. Watching 12 Years was therefore almost a grim duty, and so I went to see it alone, treating it like root canal surgery: you know it’s going to hurt, you’re just not sure how much.

As it turned out, I was almost fine. Not because this film was not harrowing, or powerful, or heartbreaking – it was all of those things – but largely because I had been bracing myself for emotional contact for about two days in advance. I had prepared myself for the very worst – for slaves being fed their own faeces, for men being lynched in public squares in front of gleeful crowds, their penises cut from their bodies and stuffed into their mouths. Thankfully, I had read and seen so much of similar things in advance that I had become mercifully desensitised. If anything, I was more immediately moved by Django Unchained, Quentin Tarantino’s brilliant revenge epic. The oscillation between comedy and tragedy in Django meant that the humour often drew me out, caught me unawares, and was then sharply followed by a scene so brutal that it thumped me in the guts.

I don’t mean to set these fine films against each other. They are both vital explorations of an area that many would rather leave untouched.  While I saw Django as a thrilling exercise in catharsis – a slave-era Avengers, featuring a superhero proud, free and unmasked – 12 Years is a movie that examines so many issues in unsparing depth. It looks at, for example, the vicious objectification of black women by white slaveowners – and by extension, their society? – who revere them one moment, rape them the next. 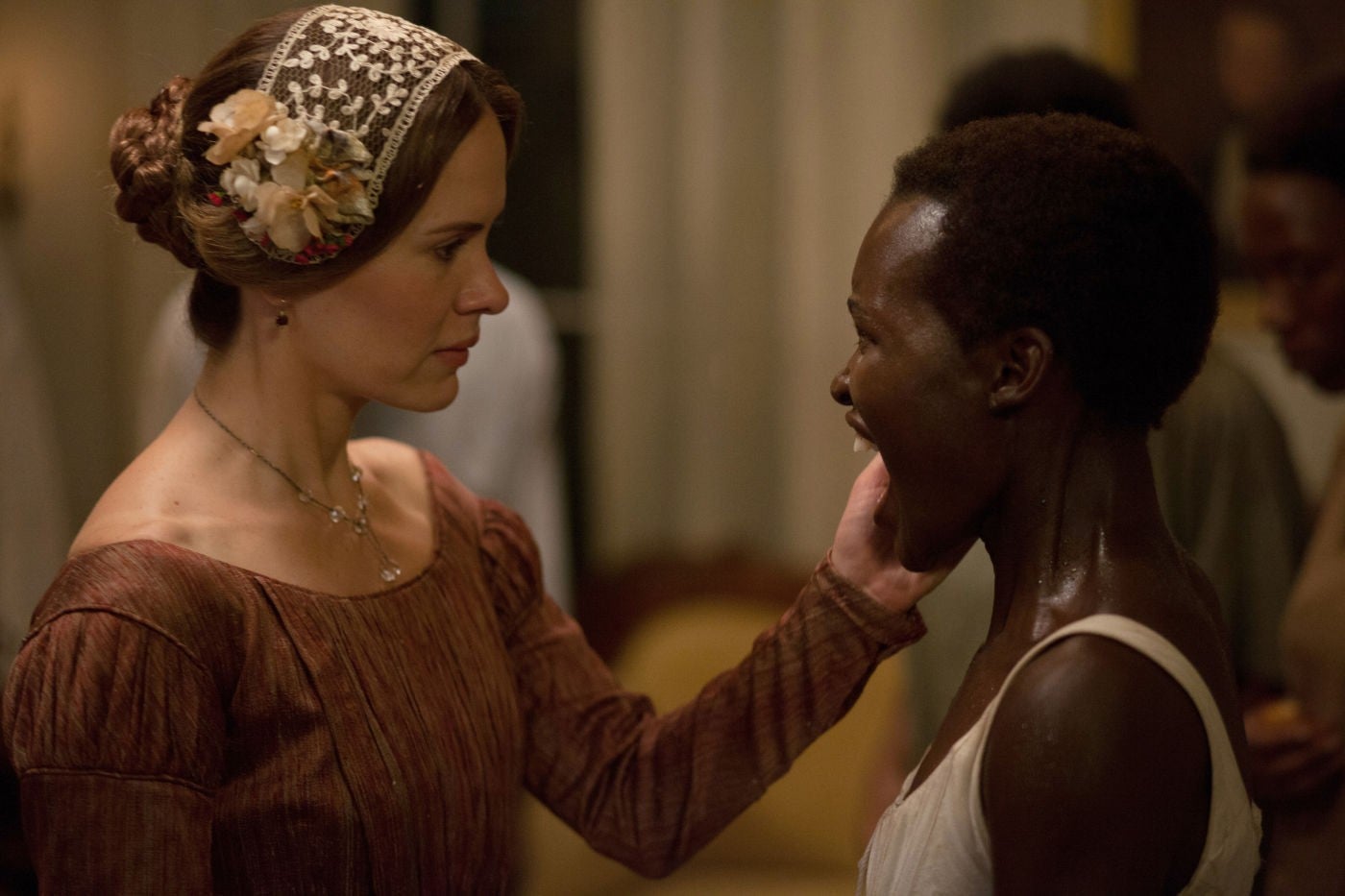 Lupita N’yongo, the Kenyan actress who is a newcomer to American cinema, gives a superbly nuanced portrayal of a young woman who captures her slaveowner’s hungry gaze. N’yongo’s skin tone is noteworthy of itself: it’s rare that you see an actress with her complexion occupying a lead role in a Hollywood production, or indeed any Western platform. In this film, N’yongo’s character is presented as the most sexually desirable; occasionally to her benefit, but overwhelmingly to her detriment. There is an argument that, then as now, black-women-as-chattels were looked upon, used and discarded. We are now living, after all, in an era where Prada has only just employed its second black model in 20 years.

At each stage, 12 Years asks us the most obvious and therefore most important question: Why? Why did all of this happen, and continue so long?  Watching Solomon hack away at that undergrowth with his colleagues on the plantation, most of whom had been born into ownership, I wondered: Why? What possessed people to think themselves superior, or even supreme, to the extent that they would stack human beings ceiling-high and ship them across seas? What was it? Beyond the rhetoric and the prayer books and the cheque books – why was that moment, that tipping point when members of an entire society, either tacitly or explicitly, gave a collective nod and said: “Yes, this is ok?” Why? As simple as that – why? After all, it takes a certain level of hatred to subject one person, or even a few dozen, to consistent hardship; but the enslavement of tens, hundreds of millions, for not decades but entire centuries? What measure of poison must have been in people’s souls?

The answer is simple enough: some people are evil, and some people are selfish, and slavery could not have succeeded without the marriage of these equally reprehensible attitudes. Selfishness and evil are compellingly represented in 12 Years: the first by Benedict Cumberbatch’s Ford, who buys Northup and treats him with a measure of kindness but has no interest in setting him free, and the latter by Michael Fassbender’s Edwin Epps, who beats and abuses his workers – or, more accurately, his property – with impunity. Some might say that people such as Cumberbatch’s character were simply of their time, merely going with the prevailing wind of the era, but that does an immense disservice to those white Americans who remained horrified by the concept of slavery from start to finish. 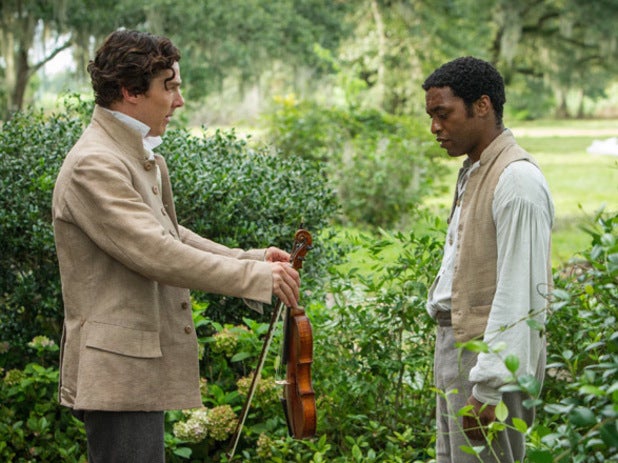 12 Years might have been far more terrifying, for me at least, had the racists been unknown actors. This is not a criticism, rather an observation: with so many famous faces, it was easier for me to cling to some semblance of reality, to escape the terror. Whenever things became too unsettling, I could tell myself: “these are not racists. Look, that’s Paul Giamatti. That’s Paul Dano. That’s Benedict Cumberbatch. I’ve seen them do interviews. They seem like nice people.”

One of the greatest horrors of slavery, I think, was that it was practised, propagated, profited from and accepted by so many. Slavery was cholera in water, it infected everyone; a daily routine, spiteful, petty and perverse, its many perpetrators faceless and unexceptional.  That truth has troubling implications for our attitudes to some of the conditions, akin or equal to slavery, in which so many workers still toil today.  For, of course, there are places in this world where human beings are similarly shackled even now, being freely traded so they can provide labour, sex or anything else their owners demand. 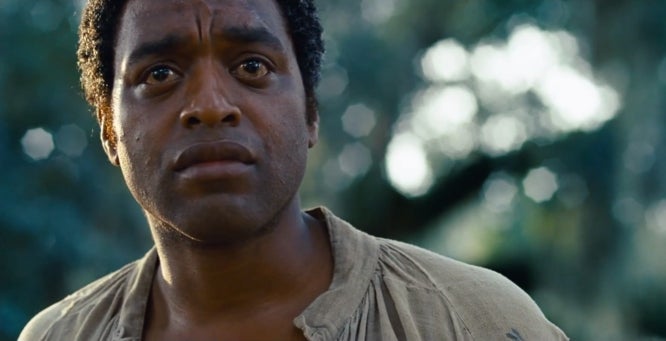 Some will see 12 Years as a “white saviour” narrative, where Northup is only saved by the intervention of a Canadian abolitionist. That is a fair contention, but I would argue for a more charitable interpretation: which was that, in the 12 years he endured on those plantations, Northup saved himself.  He retained his independence of spirit to the extent that, after he was freed again, he spent the rest of his life campaigning for change and the liberation of others like him. He could have quietly lived out his days as a doting grandfather, but he chose to engage tirelessly, maybe even fatally, with the defining issue of his time. Others will be unhappy that it is seemingly only ever black films about slavery that make their way on to the Hollywood radar, but that remains the fault of the industry, and not of the individual filmmaker. Hopefully, in time, we will see a greater diversity of black films on the big screen, in the manner, say, of Frances Bodomo’s Afronauts – the fictional tale of a group of Zambian exiles racing to beat the Americans into space.

I mentioned earlier that I felt almost fine watching the film: it was not until the closing scene that I was caught off guard, when Solomon returns to his family, and delivers the most restrained – and, to my mind, devastating – moment of the film: when he apologises to them for his absence for so many years. The unutterable hurt and humility in his final, eye-brimming address were overwhelming, and I had to tilt my head back to avoid an endless stream of tears. As I wandered out into the foyer, I stopped to speak with an elderly black steward, who saw me out with a smile and a slow shake of the head. “Ha,” he said, offering perhaps the most fitting review that 12 Years A Slave will receive. “I don’t like to watch such things.” Me neither: but if we’re not yet fully aware of the extent of slavery’s evil both past and present, then, perhaps, watch them we must.