It’s been ten years since shmaltzy Richard Curtis-fest Love Actually Received-Pronounciation-stuttered across our screens – can you believe it? Yep, it’s one entire decade since the film took on the difficult task of defining not only Christmas but the very meaning of love itself, an emotion which apparently only strikes those in possession of prime London property porn (we’re talking mezzanine boudoirs, habitat fairy lights, exposed bricks – the works). Much has changed since those heady days in the early noughties where any meaningful dramatic scene had to be accompanied by third-album Sugababes: Hugh Grant is actually Prime Minister now, for example, and Martine McCutcheon’s career is entering a new, post-laxative-yoghurt-advert phase.

Just in case you thought that the Hairpin’s celebratory Love Actually fan fiction wasn’t enough of a tribute to the star-studded cinematographic fromage-fest, here are ten invaluable lessons that it taught us about relationships:

1.) You don’t need to speak the same language as someone to fall in love with them.

All you need to do is clean a man’s country house (for money, but it helps if the whole time you sweetly give the impression that you’re so nice that you’d happily do it for no recompense whatsoever), then jump in a lake with barely any clothes on to rescue the pages of the rubbish crime novel he’s writing in solitude because his cock of a brother slept with his missus. Proposal of marriage guaranteed.

2.) Joni Mitchell is the only soundtrack to being cheated on.

In the defining scene of the film, Emma Thompson allows herself a moment to mourn the discovery that her husband (Alan Rickman) is cheating on her by tearfully listening to Joni Mitchell’s Both Sides Now, then putting on her stiff upper lip and going downstairs to be a mum to her kids. It’s as heartbreaking as it is iconic, and as a result no other song will ever quite cut it for those who’ve been done the dirty on (clouds just never quite look the same once you find out he’s gone and put it in another lady), especially not when the person doing that dirty is Severus Snape.

3.) Looking for a job where you might find the slightly socially inept future love of your life? Naked body doubling is your friend! 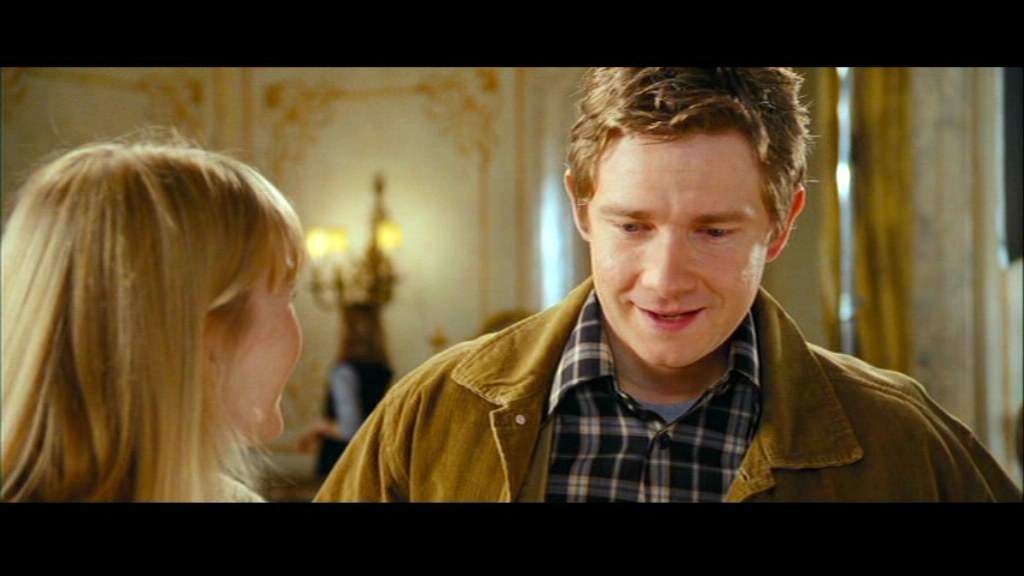 All that simulated sex really does wonders for romance, resulting as it does in charmingly awkward, non-sexual English chitchat about the weather that will eventually result in a long-term partnership, the highly-charged and erotic consummation of which presumably takes place shortly following a climacticdate to the nativity play of primary school children. It’s a common misconception that these two characters are in meant to be adult movie stars, but in the absence of seeing the female character being upside-down-boned by six-oiled up himbos in a pink corner jacuzzi bath, we’re pretty sure they’re just stand-ins. After all, he even has the decency to warm up his hands before placing them tentatively on her nipples. 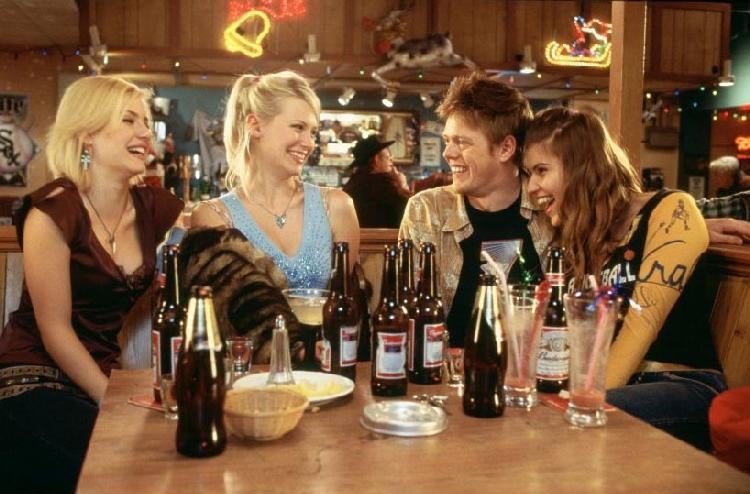 This is the law. Also, if you’re an English boy completely lacking in self-awareness and looking for love, just move to somewhere sexy (like, y’know, Wisconsin) and you’ll probably end up spending the night in a single bed with four naked women. Americans are obsessed with sex (see American President versus British Prime Minister, below) and will therefore soothe your wounded ego, still damaged as it is from the occasion where you slagged off your romantic target’s canape cooking efforts in front of her and still expected her to shag you, the uptight British bitch. If Colin were a real person, he’d be the kind you see in the underwear aisle of La Senza stores in regional shopping centres, a.k.a someone you back slowly away from.

5.) Britain will eventually stand up to America in a political situation, but only if the Prime Minister fancies the tea lady and wants to ensure that the President, who has basically been sexually harassing her at work, doesn’t get to her first.

Forget going via human resources on this one and saying you’ll back her at a tribunal ‘til the end. A much better pulling tactic is to basically declare war in front of the world’s media, because, like, pretty girls.

6.) If somebody is harbouring a secret and totally unrequited love for you, they will most likely make your wedding to their best mate super-nice and then quietly confess on word cards at Christmas before moving on with their lives. 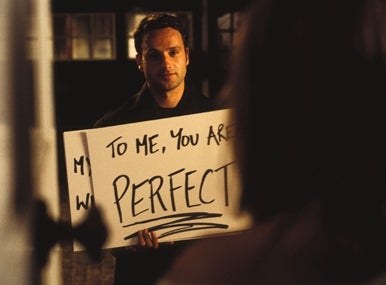 Rather than, y’know, turn up drunkenly sobbing in front of your flat one day and punching your boyfriend. Because, as we all know, unrequited love is known to induce states of sweetness and restraint at all times. 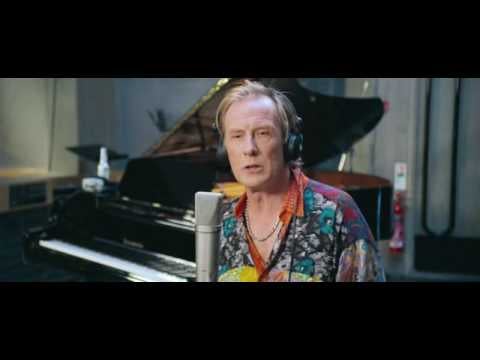 Now, this one actually may well have traction (there’s nothing that screams ‘Christmas Eve’ more than a supervised wank.) When ex-heroin addict and failed popstar Billy Mack, played with a heavy dose of self-satire by Bill Nighy, regains fame but chooses to jettison Elton John’s party in order to spend Christmas with his old, fat archetypal loser of a manager, our cold feminist hearts became one degree warmer, even if the decision was entirely inconsistent with the character’s previous lascivious behaviour, and his manager seemed like kind of a drag. 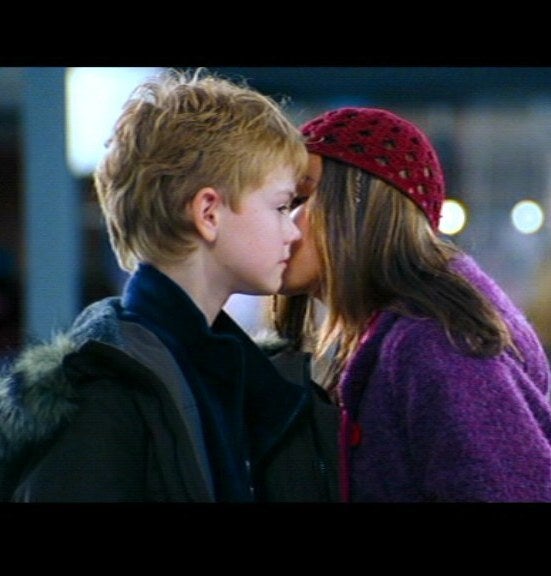 Recently lost your mum to a tragic terminal illness? Dad off the scene? Perhaps you need someone to tell you that mum really loved you and that that love will always shine in the sky for her. Someone like a grief counsel-OHMYGOD LOOK AT THAT FIT GIRL. In another instance of those pesky, sexy Americans coming over the pond and grabbing the attention of unsuspecting Brits, tweenage Joanna gives ten-year-old Sam his first romantic feelings. He then defies airport security to kiss her goodbye with the help of Rowan Atkinson, somehow without being mistaken for a terrorist with a bomb in his underpants and Tasered: it’s a Christmas miracle!

9.) Some people need you more than others. 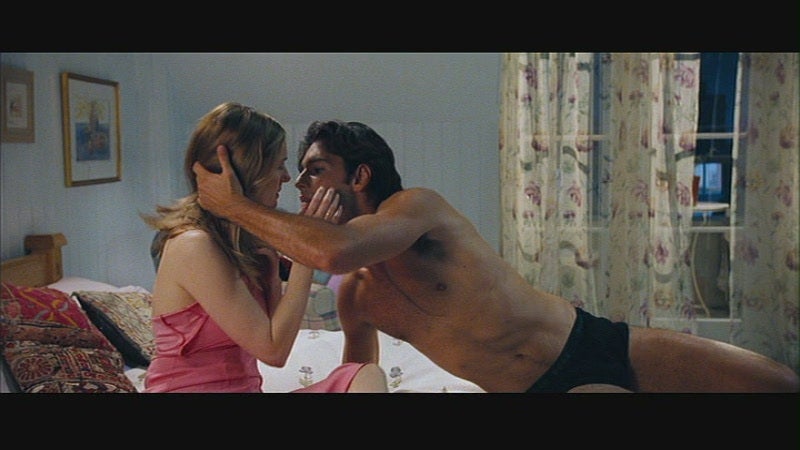 In a heartbreaking scene to rival the Emma Thompson cry, Sarah, who has been in love with her colleague Karl (those abs! FOR THE LOVE OF GOD THOSE ABS!) for years, abandons the chance to pursue a relationship with him in order to look after her disabled brother. Their final scene shows Sarah and her brother celebrating Christmas together in the institution where he lives, laughing and winding a scarf around each other’s necks. A bittersweet ending for a character who loves more than she is loved and who, sadly, will probably end up alone as a result.

The central message of the film and the reason behind its title, you might feel that it’s a little idealistic at a time of year when all your so-called loved ones get together to drunkenly express their hatred for one another over an ill-advised box of £3 wine. Nevertheless, Hugh Grant says it, and he says it over a montage of people greeting each other happily at the airport, some of whom were in the movie (the members of the public has presumably signed consent forms beforehand) Who on earth could argue with that? The answer to which is of course: anyone with basic debating skills who’s ever expressed a pissed-up authentic emotion in front of their families at Christmas and paid the price for it. So everyone, basically.