In 1973, when Nora Ephron went to California to report on the Pillsbury Bake Off competition for Esquire, 97 of the 100 contestants were women (the remaining three were a male graduate student and two twelve-year-old boys). While she found some division between the contestants about the use of new “hip” ingredients like sour cream and whole wheat flour – granola macaroon, anyone? – the prevailing attitude to life and cake at the competition was summed up by Suzie Sisson, a 25-year-old contestant from Illinois:

These are the beautiful people. They’re not the little tiny rich people. They’re nice and happy and religious types and family-orientated. Everyone talks about women’s lib, which is ridiculous. If you’re nice to your husband, he’ll be nice to you. Your family is your job. They come first.

A lot has changed in the last forty years, but for some reason we’re still hung up on the idea that dutiful women and baking competitions go together like jam and cream. Tonight is the final of the Great British Bake Off, and there’s still a lingering sense – both in the media and from a segment of the show’s viewers – that the three women competing in it should know their place and realise that being good at making meringue doesn’t mean you can have thoughts or opinions as well.

Of course, GBBO isn’t quite like the Pillsbury Bake Off – for starters, it’s on the BBC, so nobody gets a million dollars or a free oven even if they do make a particularly good apple turnover. Also, the gender balance of its contestants over the four series has been far better than the 97-3 ratio Ephron observed in 1973, with six men competing this time round (including the marvellous Howard, who looked exactly like an alternate-universe Michael Gove, revealing what life would be like if the Education Secretary was from Sheffield and into brioche). There was even an all-male final last year, a fact that hasn’t been mentioned much in all the carping and groaning in recent days. 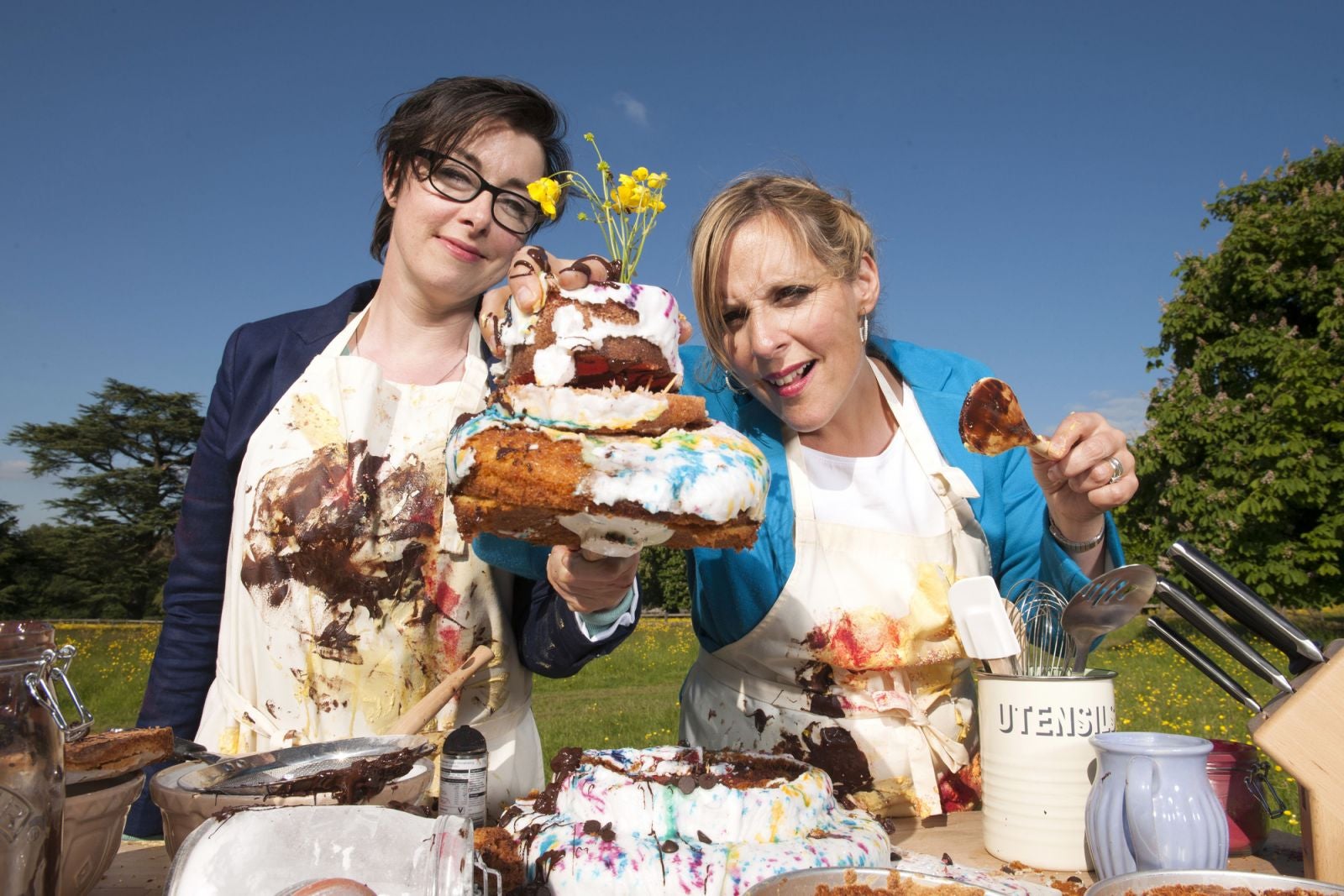 The sniping reached new heights yesterday, when Michelin-starred chef Raymond Blanc said the show contained “not much skills, female tears, and a winner so thin who makes me doubt of her love for great cooking, baking [sic]”. It was generally assumed that Blanc’s comment referred to finalist Ruby Tandoh, who had an excellent comeback:

@raymond_blanc ‘female tears’?! and what has anyone’s size got to do with it? i don’t care if you’re a patisserie king – don’t be an idiot

Blanc has since denied that he was spoiling the outcome of the show, and put the negative interpretation of his tweet down to the fact that English isn’t his first language. But as well as its blatant misogyny, Blanc’s phrase demonstrates what lies beneath all of this fuss – there is a certain idea of how someone who is good at baking should look and speak, and those who don’t conform must be told they don’t belong. Would Blanc suggest that the Michelin-starred chef Michel Roux Jr (who is so extremely slender that my colleague Helen quite rightly describes him as “basically just a walking glute”) couldn’t really be that keen on cooking, because he doesn’t look like he’s been sampling the gratin de pommes à la dauphinoise? Of course not. Although all three finalists are clearly extremely skilled, former model and philosophy student Ruby, with her momentary lapses in confidence, doesn’t fit, and neither does “smug” Frances or Kimberley with her “bitch face”.

Even though cooking and baking in the home are traditionally considered to be “women’s work”, the majority of professional chefs and pâtissiers are men. According to a survey by Great British Chefs website, of 161 Michelin-starred restaurants in 2013 in the UK just eight have female head chefs, and according to ONS figures, women are just 14 per cent of the full-time chefs. Women must remain flour-smudged amateurs, leaving the true artistry to pros – that is, the men. The trouble with this particular batch of GBBO finalists is that although it is an amateur competition, they are clearly capable of the highest professional standards, as anyone who saw Ruby’s peacock bread, Kimberley’s toadstool house cake or Frances’s pastries would realise.

Worst of all, none of this is what the Great British Bake Off is actually about, which is ogling footage of obsessive bakers making absurdly refined and delicious-looking types of cake while Sue Perkins makes terrible puns through a mouthful of icing. The whole aesthetic of the show, with its kitschy wooden sideboards and enamel butter dishes and Cath Kidston mugs, is a nod a time when women had little choice but to remain in the kitchen. Besides, the sheer elaborateness of so many of the contestants’ creations show how far these people have come from mere “home baking”. And we have watched, in our millions, giggling at each and every “soggy bottom”. By serving up a whole lot of silliness up alongside the superb slices of cake, it is made clear that anyone is welcome to have a go in the Bake Off tent, as long as they don’t overwork their pastry.