The plot thickens. All over the place, alternatively heartbreaking and silly, plots were thickening up before your very eyes in this episode.

For instance, we finally got a bit of background on Commander Stern, apparent woman-beater and corrupt cop – during the war Hector caught him beating a prostitute, but let it go because “it was war-time”. Now, we’re watching Hector’s friendship and loyalty for his old comrade-in-arms slowly degrade as he processes what the early hints of violence have developed into. Of course, being Hector, he’s still being cowardly about it – allowing Bel and Freddie to do all the leg-work, falling for slimy government apparatchik McCain’s tricks, potentially endangering important sources who have spoken out against Stern with his vacillation – but he’s getting there. Slowly. Even his wife thinks so – for the first time in ages, she could actually bring herself to make eye contact with him. 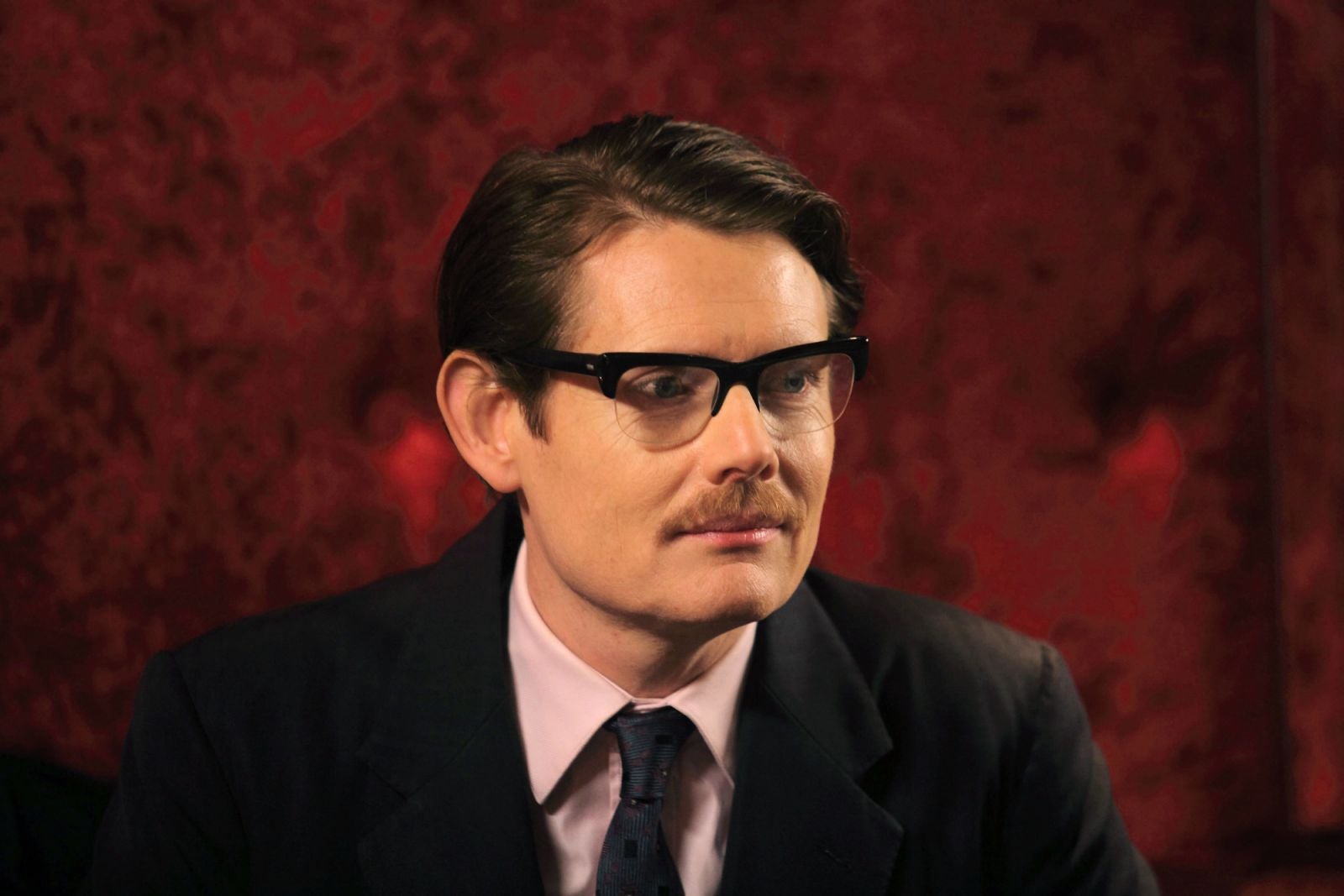 We saw more of the sinister nightclub owner Mr Cilenti in this episode for the first time, and we’re definitely supposed to lay all the evils in the world at his door. He coerces his girls into performing honey-traps on famous and important men so he can blackmail them, apparently orders murders at the drop of a hat, and – let’s not forget – wantonly breaches the terms of his premises’ entertainment license. Clearly a rotter, then.

However, I’m just not quite convinced. I can’t help feeling this could turn out to be like in the first series when the shady Mr Kish was drifting around the BBC, definitely behaving like a communist spy, only for the plot to twist away, leaving him innocently dead at the bottom of a stairwell. Also, it seems that Cilenti stalks people around London, leaving small origami swans around the place in an attempt to intimidate them. That’s less the action of a terrifying crime baron (I mean, aren’t body parts or straightforward threats to cut you up more traditional?) and more the action of a misunderstood paper-folding enthusiast, I reckon.

Once again, Anna Chancellor and Peter Capaldi managed to steal the show with their long-lost child subplot. Capaldi’s Randall has now tracked down their 19-year-old daughter. When he tells Lix that the information is on its way, she does her very best to hold it together, typing, smoking and talking all at the same time. It’s only when he leaves her office that she falls back in her chair, leaning so far back that not even the camera can see her face, and allows herself to sob. Later, when they read the letter together explaining who and where their daughter is now, their gruff exchanges and desperate grasping for each other’s hands was enough to rend your heart in two. As much as I love Freddie and Bel (more on that in a second), Chancellor and Capaldi have just managed to vault themselves into position as the best thing about The Hour. I can only hope that their subplot is given the time it obviously deserves in future episodes.

Freddie and Bel, then. You could be forgiven for experiencing serious déjà vu for series one in this episode, as their will-they-won’t-they tension of old re-emerged. Freddie’s wife Camille was permitted to wear trousers for the first time in ages as she yelled at him about how he loved Bel and his job more than her, before “going away for a few days”. Meanwhile, Bel seems to be getting along well enough with her devastatingly handsome ITV chap, but he did drop a few hints about how she “can’t be a journalist forever”, leading us to think that he’s already cast her in the role of his adoring second wife, who stays at home and cooks rather than running a major news programme. I like him a lot less already. 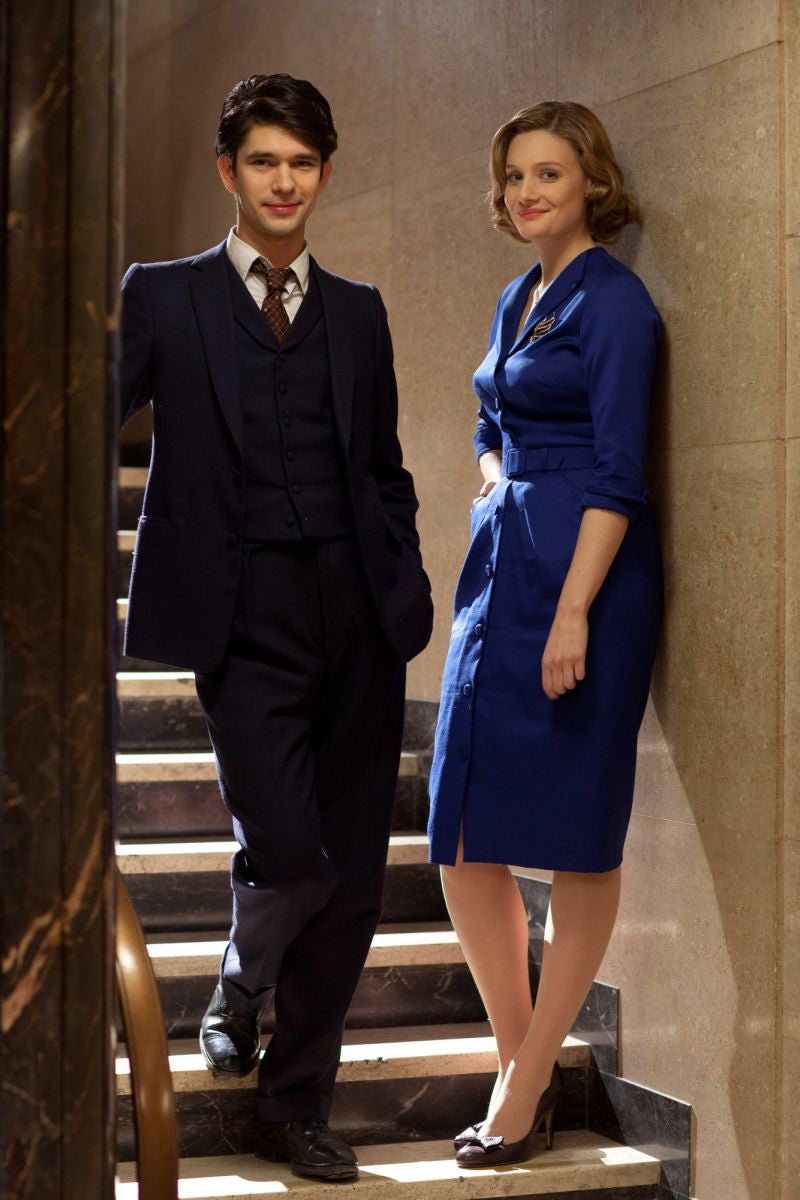 Freddie and Bel: will they actually get it together, ever? Photograph: BBC

Predictably, the moment at which Bel and Freddie almost talked about their relationship, the news burst through and interrupted. More next week, I’m sure, but not too much – relationships like this based on professional and personal tension are always better when you don’t know everything about them.

Two honourable mentions for more minor characters thickening in their own little plots – cheery Hour dogsbody Isaac, who is suddenly getting his plays performed on the radio and turning up vital details in the police corruption investigation, and McCain, who seems to be descending into a panic over his personal life. Early on in the episode, he tells us that he’s been taking his “distant cousin Vera” to the theatre (beard alert) but then later on we discover he’s been touting government ministers to television programmes because he’s being blackmailed about his liaisons with men by Cilenti. One to watch.

Of course, amid all this character development, The Hour‘s writers couldn’t resist slipping in a tiny bit of knowing satire, having Randall say:

“This is the BBC, not the MoD. Contracts cannot just be ignored.”