It’s a rare thing, seeing Roger Scruton squirm. Forceful, didactic, pessimistic, yes, but discomfited? You can spend hours on YouTube, watching him espouse green philosophies and deliver sarcastic monologues about Richard Dawkins before you come across anything approaching discombobulation.

All the more intriguing, then, when I witnessed just such a thing occur during a recent appearance at the Royal Institution. The occasion? An Intelligence Squared debate entitled “The Culture Wars” where Scruton was slated to do battle to the death with Terry Eagleton over the true definition of culture – what it is, who possesses it, what purpose it serves. In fact, said “battle” was conducted in far too genteel a manner for much blood to be drawn, bar a nick from the occasional sarcastic barb.

“Culture is now what people are prepared to kill for,” Eagleton declared, opening the debate with a cut-down version of his rather more famous statement from 2000’s The Idea of Culture that “Culture is not just what you put on the cassette player, it is what you kill for.”

“Culture used to be a common ground where we could all meet as equals,” he went on. “Take literature – it’s a portable way of carrying values.” For Eagleton, this equality is key to a workable definition of culture, as is his belief that it cannot be separated from the political sphere.

While there is an obvious disagreement between Scruton and Eagleton on the idea of a cultural tradition or canon – Scruton holds to “a constant tradition of trying to articulate what it is to be human” while Eagleton prefers a plurality of different traditions that interweave and contradict quite amicably, all enjoying the name “culture” – they are agreed on the fact that culture and the appreciation of it is not what it was. As Scruton put it: “It’s possible to lose cultural knowledge much more easily than it is to gain it.”

“Culture has ceased to operate as a critique,” Eagleton lamented, in a manner that edged towards nostalgia, or “using the past as a stick to beat the present,” as his much-admired Cambridge tutor Raymond Williams once put it. 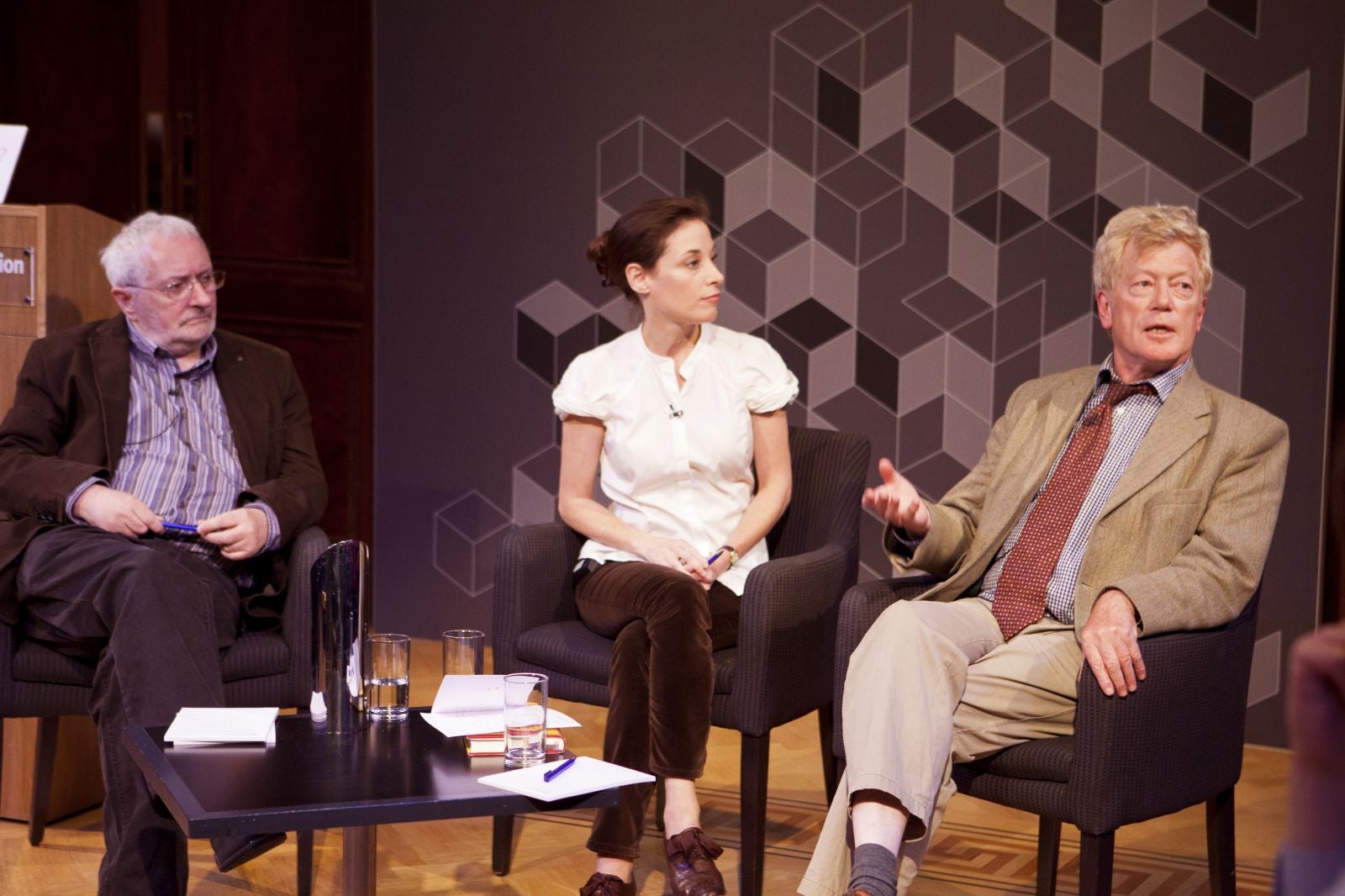 Eagleton went on to wield that stick a bit more, arguing that to evoke nostalgia for a linear cultural tradition – epitomised by such things as the House of Lords and the Changing of the Guard at Buckingham Palace – is a favoured tactic of those on the right, when seeking to construct a concept of culture that excludes things they don’t like. “As Trotsky said, leftists have their tradition too,” he insisted. “What about the Suffragettes, or the Chartists?”

It was at this point that Scruton’s squirming began – both physically and rhetorically. He has, it turns out, a great aversion to being identified as “of the right”.

“People on the right don’t identify themselves as such, not as part of a group. We’re just holding on to the things we love,” he said, in what appeared to be a sleight-of-hand justification for secretly quite liking the Changing of the Guard.

“But you said of Thatcher…” Eagleton began, only to be interrupted as Scruton retorted: “I’ve grown up since then.”

As Eagleton piled up the ways he believes culture is innately political, and that as such one’s political beliefs are inseparable from cultural ideas – “the way universities have capitulated to capitalism”; “your support for economic systems that have brought about the commodification of culture” – Scruton’s squirming became more pronounced.

Finally, upon being labelled a “reluctant rightist” by Eagleton, he snapped – in the most urbane possible way, that is.

“If you mean in the other sense of ‘right’” he said, the phrase ‘as in correct’ hovering on his lips, “I suppose I do accept it.”

Details of other Intelligence Squared debates can be found at intelligencesquared.com