There it was, half buried in the snow. We knew what it was almost as soon as we saw it: Our very first sight of a grumble mag.

We’d been sent home from school early due to the freezing weather, and because we didn’t have far to go, we were making our way back along the crunching white pavements as a gang of three tiny figures dressed in parkas and scarves and school uniforms.

I don’t mean to make this sound like Stand By Me but with a copy of Razzle, but here it is: you remember these little incidents from your childhood, whether you want to or not. We must have been about eight years old, maybe a little older, and we were about to enter the adult world – the world beyond having a crafty leaf through your mate’s dad’s Pirelli calendar in the garage. That world of filth and smut and depravity. 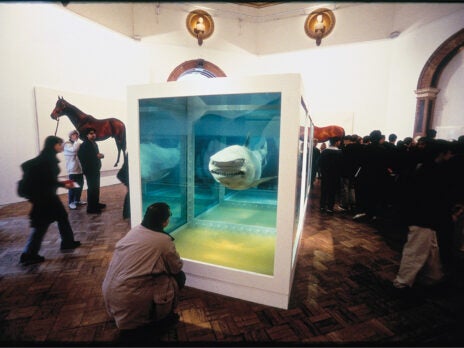 What happened next? Well, we stood there, giggling. Giggling and shouting at what we were looking at. What was that?! What was she doing?! What was going on there?! We didn’t have the answers, we just had questions, and the nervous laughter masked the bizarreness of what we were seeing. There was… pubic hair. There was… a vulva (though we had no idea what a vulva was, or might be for). There was… oh JESUS CHRIST. There was a page of MEN.

Look, we were young boys. We didn’t know any different. But we weren’t meant to see what we’d just seen: it should have been kept from us, until such time as we reached the maturity to see it; our plastic minds could have been damaged by what we saw, and read (though we certainly did learn some new vocabulary that day from the letters pages).

But we weren’t damaged. Not by one exposure to something like that. Just as we wouldn’t have been damaged if, for example, the worldwide web had been available in those days, with all the stuff we now take for granted as being a mouseclick away.

Parents and educators alike know they can do everything in their power to stop kids from being exposed to stuff that isn’t ‘age appropriate’, but they’ll find it sooner or later, whether we like it or not. However, what is different is the degree and intensity of what you can find online; much stronger, in places, than what you might have discovered in a newsagent (or elsewhere) back in the day.

I think the key to the whole experience is that we three kids on that day all those years ago saw the mucky magazine as something strange, something unusual, something that belonged to another world – an adult world. I think that was probably what defined that experience – it was a first glimpse, albeit mediated through shiny paper, and ink, and torn around the edges.

It didn’t change us, or affect us, precisely because we saw it as something alien, something that wasn’t appropriate, that we knew wasn’t part of our world and our lives at that age. For me, that’s what makes the difference. It wasn’t a normal thing to happen. And I’m glad it wasn’t; it shouldn’t have been, I think.