Paul Abbott thinks Britain could do with a comic book industry. So why hasn’t he noticed the one we’ve already got?

It’s fair to say that Abbott’s article for the Spectator, Wanted: A Comic Book Industry, has its heart in the right place. It’s clearly written by someone with a genuine love of superhero comics. But tainting that enthusiasm is a dismissive attitude towards British comics typical of someone who hasn’t looked past their comic shop pull-list since Wolverine first popped his claws.

The absence of a British comic book industry is easily refuted. Indeed, the article itself manages to do most of the work for us, with a list of prominent British publishers tacked apologetically onto the end. But Abbott doesn’t let being under-informed hold him back, characterising the totality of British comics history as “nasty, brutish, and short”. A surprise, no doubt, to the talent behind the Beano and the Dandy, two of the longest-running comics in the world. 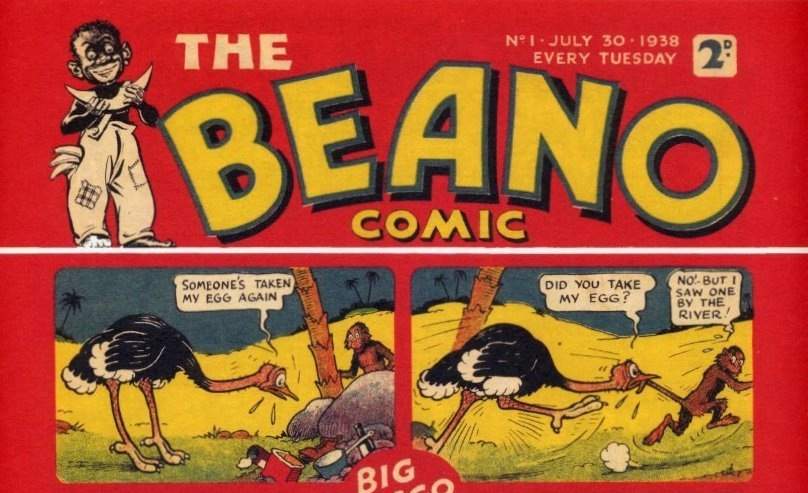 Among the various mistaken assumptions Abbott makes are that superheroes are the natural goal of a healthy comics industry, that superhero movies are the ultimate vindication of that success, and that Britain, if it wants to compete with America, needs to put its own superheroes in movies. Where he laments the lack of home-grown superheroes as evidence that Britain’s comics industry is stunted, those of us who actually engage with the UK’s comics industry find something more expansive and inclusive than the spandex-dominated shelves of America. It’s not that we lack superheroes; it’s that America has a disproportionately high number of them.

After all, the American penchant for superheroes isn’t what you’d call a natural phenomenon. It’s largely the result of strict 1950s regulation which was drafted, in part, by those with an interest in crippling the horror and crime comics of the era. Things have bounced back due to the gradual marginalisation and eventual disbandment of the Comics Code Authority, but its effects are still visible every time a character puts on a cape or mask then heads out to dispense swift, brutal justice. These characters filled a void that was artificially created, leaving writers nowhere else to go.

In fact, the UK’s comics are far more diverse in theme and subject matter not because they can’t compete, but because they’re allowed to be. Blaming publishers for the lack of British heroes is counter-intuitive when the likes of Nobrow, Blank Slate, and Self-Made Hero are championing original, often untested talent and finding stories with broad, accessible appeal. Similarly, 2000AD, Strip, and Mark Millar’s CLiNT magazine maintain a steady periodical presence for genre material. The outlets are there for the Batman of Brighton or the Stoke-on-Trent Spider-Man – but the stories aren’t. 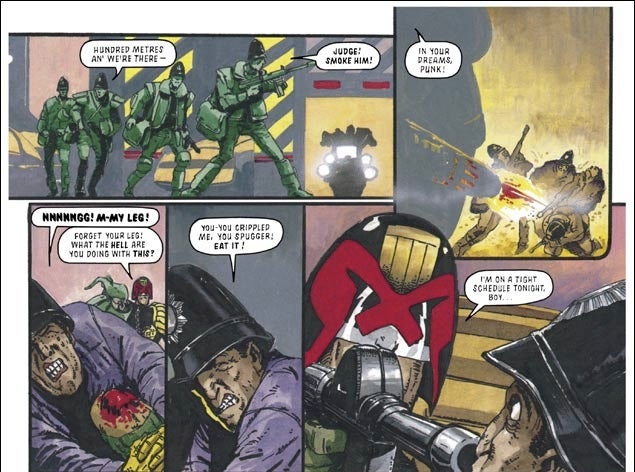 So why? The lack of domestic superheroes certainly isn’t down to a lack of local talent. Since the 80s, the American comics industry has been dominated by British creators who do superheroes at least as well as their American counterparts, and frequently better. If British talent isn’t coming up with superheroes, it’s not because they can’t. Maybe it’s because they’re not interested in doing so.

British small press is also managing to thrive with nary a superhero in sight. The self-publishing collective Great Beast houses idiosyncratically British urban fantasies like Blood Blokes and Chloe Noonan: Monster Hunter, while at the other end of the spectrum, the Solipsistic Pop anthologies are genuine objets d’art, mixing lyrical visuals with a love of the medium’s physicality. Given the freedom to create anything, the talented writers and artists of the UK are happy to do just that. Is it any surprise the well-trodden ground of superheroes doesn’t hold much appeal for them?

While it’s not completely crazy to argue that UK box-offices show a clear appetite for superheroes that domestic properties could capitalise on, it does make a lot of assumptions that aren’t correct. Leaving aside the fact that cinematic popularity rarely translates into periodical sales, even in America, then by Abbott’s logic there’s a market for domestically-produced transforming robot toys going completely untapped over here as well. But what could we do to make British Transformers compete with the real Transformers, except ghettoise them by making them Brit-specific? British superheroes suffer exactly that problem – their Britishness becomes the defining characteristic, crippling their appeal from the start.

The truth is that the likes of Batman and Spider-Man are figures so huge that they transcend their country’s boundaries. Superheroes are part of American myth. They fill the same cultural space as the Norse, Greek and Roman pantheons – or in Britain’s case, the folklore of figures like King Arthur and Robin Hood. As it turns out, we’ve already got our own superheroes, but they’re not the same as America’s, nor should they attempt to be. And unsurprisingly, the same holds true for our comics industry.