In the centre of Durban, South Africa’s sprawling third city, the curved roof of the new R3.1bn (£276m) Moses Mabhida Stadium rises blinding white in the sun. Workers are tearing the polythene from its 70,000 turquoise and orange seats in preparation for its first World Cup fixture, between Germany and Australia, on 13 June.

The raft of Fifa and government officials who have arrived to promote the new stadium insist that the World Cup — and the economic and PR opportunities it represents — will seal the transformation of a once-isolated and fractured nation. “It will chart a new course in our country’s history,” says Danny Jordaan, head of the 2010 organising committee.

But there are markers of change in South Africa more subtle than the £2.6bn-worth of gleaming World Cup infrastructure. The social upheaval since the 1994 elections has, in the past half-decade, triggered an extraordinary outpouring of novels, poetry, memoirs, criticism and polemics. 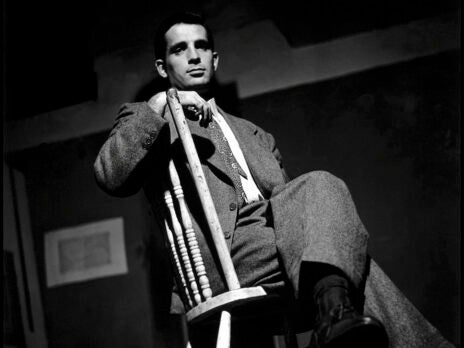 At the Franschhoek Literary Festival in the rugged wine country west of Cape Town, writers, academics and politicians have gathered to thrash out what kind of stories and arguments — even which language and which words — define the South Africa of 2010.

“This is the normalisation of South African culture. We had a very warped, isolated, state-managed culture scene during the apartheid era,” says Deon Meyer, a bestselling crime writer whose Afrikaans thrillers lift the lid on the once-taboo subject of the South African underworld.

Books such as Meyer’s Thirteen Hours (Hodder), a mordant dissection of the politics of policing, were unthinkable under apartheid, when thousands of titles were banned for political content, obscenity, or simply being “prejudicial to the order of the state”. Now, for the first time, bookshop shelves are stocked with crime fiction, romances, historical fiction, books for young adults, novels about life in the townships — even the beginnings of literature in languages other than the English and Afrikaans sanctioned before 1994 (the country now has 11 official languages).

Mark Behr, whose most recent novel, Kings of the Water (Abacus), explores the perils of homosexuality in a paranoiacally macho Afrikaner community, echoes Meyer’s sense of expansion and freedom. “There are so few rooms in South Africa that don’t have bodies hidden in them,” says Behr. “But now we’re seeing the creation of new rooms.”

The literary boom has accommodated writers as diverse as John van de Ruit, author of the hit Spud series of children’s books; the chick-lit writer Angela Makholwa; and Niq Mhlongo, whose novels Dog Eat Dog and After Tears (Kwela Books) sketch out the challenges of globalisation in the bewildering polyglot slang of Soweto’s post-apartheid generation.

“I grew up surrounded by different languages — for instance, my mother speaks Xitsonga, my father speaks Zulu, and in Soweto we spoke ‘Zutu’, a mixture of Zulu and Sotho,” explains Mhlongo.

Access to written English, however — along with other levers of privilege — remains severely restricted in a country where the idealism of the mid-1990s is increasingly undercut by corruption and intransigent social division. An ordinary paperback costs R220 (£20), a tenth of the average monthly wage, and almost a quarter of adults over the age of 15 are functionally illiterate.

“South Africans don’t read books, and only 4 per cent of the population read newspapers,” says Kader Asmal, who as minister of education under Thabo Mbeki wrestled with the systematised inequalities of South Africa’s school system. For the poor and undereducated majority, Asmal argues, the “ultra-nationalistic pride” of the World Cup summer to come will not translate into tangible benefits.

Franschhoek itself, a beautiful colonial confection of cappuccino bars and Persian rug shops served by an impoverished township nearby, is a microcosm of such divisions — and its festival debates crackle with an urgent sense that the luxury of reading and writing goes hand in hand with the responsibility to tackle them.

Dissenting voices — “There’s nothing we can do to have any effect on the future of this country: it’s in the hands of black people,” shrugs the contrarian Afrikaner writer Rian Malan — are in the minority.

“We complain about the government, about corruption, then we go out and have a wine tasting,” replies the poet and former anti-apartheid activist Antjie Krog, her voice breaking with anger. “White people still have everything. If Jacob Zuma has four years of schooling, whose fault is that?”

The fleeting excitement of the World Cup summer, the Franschhoek festival suggests, is underpinned by a more substantial energy and hope. “There’s a new South African psyche being formed right now,” says Krog. And the country’s writers are determined to play their part.

“The new South Africa gave me a career, a life,” says Deon Meyer. “I owe it just about everything.”

For more information on the Franschhoek Literary Festival, visit flf.co.za.

Read our South Africa special in this week’s New Statesman.

Special subscription offer: Get 12 issues for £12 plus a free copy of Andy Beckett’s “When the Lights Went Out: Britain in the Seventies”.