I write this sitting on my sofa. You’d think I would be comfortable, but alas somehow a device designed to be the most agreeable place to watch, say, Googlebox becomes, through the addition of a laptop, a source of cricks in the neck and shoulder pain. To make matters worse, I am sharing the sofa with a small dog, who doesn’t understand the concept of “work”, but does understand that closing my laptop at random intervals will result in attention. This is adorable. It is not, however, helpful.

The reason I have been reduced to the sort of working environment which would make a Victorian coal miner quake in terror is because of the unexpected closure of my “office”: Fugitive Motel, a café/bar type place with wifi and air conditioning and friendly staff and all the other things that make somewhere a conducive place to be hunched over a laptop for several hours a day. Having spent so much of the last two years writing there, and having frequently ended up sticking around and spending money after I had stopped writing, and having been on first name terms with the deputy manager, who was kind enough to shove me a free croissant once in a while, I had grown rather attached.

I was thus devastated to realise that it had closed, without warning or explanation and apparently forever. Because, I suspect, of the increasingly untenable costs of the energy to run the air conditioning or the wifi (and not, I hope, because of the free croissants), I now wake up in the morning and literally do not know where to go. It is upsettingly easy to waste hours doing nothing besides attempting to answer that question.

Working at home for any great length of time is a non-starter. I was born early enough to have missed the worst of the housing crisis, which was clever of me, but nonetheless my flat does not have an obvious place for a desk. I tried putting one in the hall but it was too dark, and too right next to the toilet, and too in the way of anyone who might actually want to go to the toilet, and between those things my desk has become not so much a desk as a repository for stuff. That stuff includes “small bags, in which you might wish to keep dog poo”. That hasn’t helped, either. 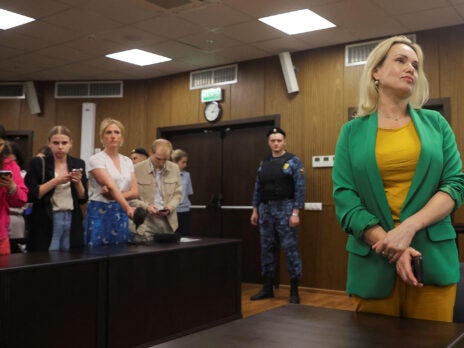 Of the other options, my local library has a “study area”, which makes all work feel like those dreams in which I’ve forgotten that I’m still doing my A-levels. There are other cafés, although they are shutting at an alarming rate, and anyway the good ones have no space, while those with space are mostly not good. One of them has that kind of old-school strip lighting that buzzes non-stop, which makes it feel like an underground car park, and there is a regular who talks incessantly to himself at a normal conversational volume. This is the best one. I go there a lot.

(Other freelancers tell me there are better cafés. When I ask where they are, they change the subject. I’m hoping this is because we’re in competition, and not because of my recent attempts to work next to a toilet.)

Then there’s the public café area of my local WeWork knock-off. I wrote 800 words there just this morning, and as a bonus got to hear the performance review of a young man who – this was clear from both the feedback and his response – needs to work on how he handles criticism. At any rate, I am tempted to keep hanging around until people think I work there, on the grounds that nobody has yet thrown me out.

There are also pubs. In pubs, alas, there is beer.

The thing is, whenever I’ve attempted to deal with my frustration about all this in the most healthy and productive manner possible and tweeted, it’s been obvious that a lot of people are wrestling with this exact same problem. Figures from the IPSE (the Association of Independent Professionals and the Self-Employed) show that, although the number of freelancers has fallen slightly since the pandemic, it has risen substantially since 2008, and now stands at around four million. These people are disproportionately likely to be based in London and the south-east, where housing is most expensive and where people are least likely to have a spare room where they can stick a desk. And with both remote working and workforce casualisation easier than ever, it seems entirely possible these numbers will increase.

At the same time, there are vast numbers of empty desks in London, in offices and co-working spaces alike. It does not feel beyond the wit of man to come up with something that solves the “unused desks” and “deskless freelancers” problems simultaneously. But for whatever reason – individual short-term tenants being too much hassle, landlords’ desire not to crystallise losses, straightforward delusion about the value of all that empty space – the commercial property industry has yet to find it. Even the cheapest desks are still many, many times pricier than just finding a corner of a café. So, for the moment, the freedom of freelance life will be tempered at least partly by the fact that your workspace can never be taken for granted, and I will continue to wake up in the morning without the faintest idea of where to go. If anybody needs me I’ll be on the sofa, trying to get this crick out of my neck. And if anyone from the Fugitive Motel is reading – call me, yeah?

Topics in this article: Homeworking, Work, Working from home