Between the war, and the upheaval, and the way it turned out Richard Nixon had been spying on his political enemies and taping himself talking about it, the 1970s was a pretty paranoid period in US history. So it’s perhaps not surprising that belief there had been a conspiracy to assassinate John F Kennedy peaked in 1976.

Here’s the thing, though: the proportion of Americans who believe in that conspiracy seems never to have dropped below 50 per cent. In November 2013, with the 50th anniversary of the assassination looming, the polling company Gallup issued a press release announcing that the percentage of US citizens who believed there had been some kind of plot to kill the president was “the lowest found in nearly 50 years”. It stood at 61 per cent. The release was headed: “Majority in US Still Believe JFK Killed in a Conspiracy”.

There is absolutely no reason to think that any such conspiracy ever took place. Lee Harvey Oswald, the man who shot the president, had a history of instability, had been court martialed twice while serving in the military, and at one point defected to the Soviet Union and moved to Minsk. If anyone was going to get it into their head that it’d be pretty cool to shoot JFK, it was that guy. As to the “inconsistencies” often listed as reasons for imagining other shooters must have been involved – the “magic bullet” theory and so forth – all this can be explained away by the fact the occupants of the presidents’ car were not quite where you’d expect them to be. Absence of evidence is not evidence of absence, but all the same, there is nothing that needs explaining: there is no need for a second shooter, let alone the involvement of the CIA, the Cubans, vice president Lyndon B. Johnson or anybody else. There’s no reason to think Oswald didn’t act alone.

And yet, consistently, a majority of Americans have believed that he did not. One lone nutjob with a gun apparently doesn’t feel like a big enough cause for such national trauma. 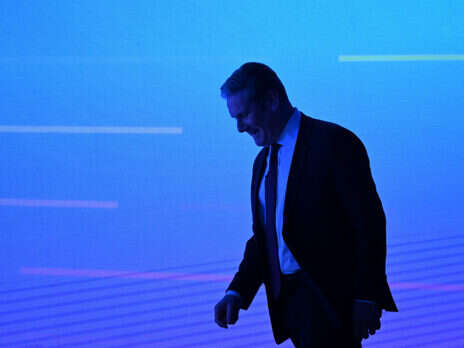 The point I’m making here isn’t really about either Oswald or JFK, but about conspiracy theories. You probably have a mental image of a conspiracy theorist. He – I bet it’s a he – is a bit of a loser, a bit odd, and probably makes up for his social isolation by spending a lot of time in a basement writing unhinged things on the internet. The notion that “conspiracy theorists” are basically the comic book store guy from The Simpsons has been a feature of pop culture for decades.

But if you dig into the research on who actually believes this stuff – as Tom Phillips and I did for our new book Conspiracy: A History of B*llocks Theories, and How Not to Fall For Them – this ubiquitous cliché falls apart so quickly that you start to wonder if somebody, somewhere, is spreading it deliberately for their own nefarious purposes. Research has consistently found sizeable minorities across the globe in favour of all sorts of crazy propositions – from “the government is hiding the truth about immigration numbers” to “the government is covering up the existence of aliens”.

So easy is this to do, in fact, that we’ve literally done it: the pollster Chris Curtis at Opinium was kind enough to ask the public some questions on our behalf. We found that nearly a quarter (23 per cent) of people agree with the proposition “Most major world events are caused by a single group of people working in secret” (56 per cent disagree); 20 per cent believe that the Covid-19 pandemic was “planned and spread deliberately” (65 per cent disagree); and 18 per cent believe that “vaccines are a tool of population control” (68 per cent disagree which is – relatively – reassuring).

Oh, and even in Britain more people agree than disagree with the statement that the JFK assassination was the result of a conspiracy (37 per cent to 34 per cent). More people believe in this imagined conspiracy, in fact, than in the one to assassinate Abraham Lincoln (25 per cent, compared with 31 per cent who don’t believe). This is quite funny, from some perspectives, because the latter is a definite historical fact.

To be fair, by even asking that last question we were being a bit cheeky. In the same vein, we found that roughly the same number of people believe that the Illuminati were a real group (31 per cent) as disbelieve (29 per cent): they were real, although the vibe was less “secret cabal running the world” than “short-lived Bavarian book group”. We also found the public split on the question of whether the US government had ever mounted a secret campaign to discredit reports of UFOs (34 per cent each way). Exactly such a campaign has been covered in some detail by the New York Times and the New Yorker in the past two years.

Most unnervingly of all, 25 per cent agree with the proposition “Certain groups are trying to replace the populations of western countries with foreign immigrants in order to maintain political control”. This is, you will notice, the deeply racist “Great Replacement Theory”. And a quarter of the British population think that there must be something in it.

It’s tempting, and probably at least slightly accurate, to look at these numbers and conclude that at least a fifth of the population are either in the habit of trolling pollsters, or possibly just mad. But I think they tell us two other things too. One is that, while we may imagine people who believe in conspiracy theories as weirdos and oddballs, as them, they’re not. Many, if not most, of us are open to a spot of conspiracy theorising – just so long as the theory aligns with the views or the prejudices that we already hold.

The other is that, just occasionally, the conspiracies are real.

Not the JFK one, though. That guy was definitely acting alone.

Conspiracy: A History of B*llocks Theories and How Not To Fall for Them, by Tom Phillips and Jonn Elledge, is available now.

[See also: From QAnon to anti-vaxxers: Can you cure a conspiracy theorist?]