It’s been a week since Neil Young issued an ultimatum to Spotify: either Joe Rogan goes, or I do.

The ensuing battle over content and censorship on the audio streaming platform covered all the usual (and some unusual) territory, the outrage cycling from social media to print to television news and back again. Young pulled his music from the platform and was closely followed by Joni Mitchell; James Blunt hopped on the bandwagon with a joking threat to punish the world with more music if Spotify didn’t jettison Rogan; Barry Manilow issued a perplexed statement debunking an unspecified rumour that he might be leaving the platform too. Now, as the dust settles, Rogan remains — but in the wake of the controversy Spotify is making changes. From now on, they promise, any podcast episode that discusses Covid-19 will be tagged with a content warning to “combat misinformation”.

“To our knowledge,” the statement adds, “this content advisory is the first of its kind by a major podcast platform.”

This is, probably, technically true: in the wild west of podcasting, the practice of content moderation by the platforms themselves is still in its infancy. Slapping a warning label on all things potentially controversial, however, is something we’ve seen before, in the form of those PARENTAL ADVISORY stickers that titillated young music buyers with the promise of racy lyrics within. As far as placating the critics who wanted the controversial content censored, Spotify’s new policy is likely to be about as effective as those little black-and-white content warnings — which is to say, not at all.

[See also: Joe Rogan is far from the most controversial act on Spotify]

That’s because, despite the outcry over misinformation, this was never really a debate about what is or isn’t true. (Indeed, Spotify still hosts conspiracy theorists who put Rogan’s most controversial guests to shame.) But at a time of increasing tribalism and profound loss of public trust in our mainstream media and authority figures, Joe Rogan has come to represent something more: the terrifying power of normal people to like the things they like.

To understand Rogan’s place in the media ecosystem requires one to grasp first the immense size of his pre-Spotify popularity. Spotify did not give Joe Rogan a platform; Joe Rogan built his own platform, independently and one listener at a time, until he’d created a structure so enviably huge that Spotify was willing to pay $100 million to slap their name on it. The deal that made Spotify Rogan’s sole audio distributor was more mergers and acquisitions than research and development: Spotify wasn’t so much buying Rogan’s content as they were paying to house his empire, including the millions of loyal listeners who would follow him anywhere he went.

That Rogan could rise to this level of influence is a bitter pill to swallow for those in mainstream media, and not just because he’s found immense financial success in an eternally contracting industry. Rogan unironically embodies the spirit of an old-school, shoe-leather sort of reporter who is increasingly rare in elite newsrooms: he finds interesting people, asks them probing questions and lets them talk. The open-endedness of these conversations is striking at a moment when many mainstream outlets are driven less by journalistic curiosity and more by a quest to promote moral correctness, and where much of the writing evinces a belief that its reader must be guided if not shoved in the direction of the proper conclusion.

Against this backdrop, Rogan does something fairly radical in eschewing the role of authority (“don’t listen to me” is a frequent refrain on the podcast) while trusting his audience to draw their own conclusions. It’s no wonder that journalists who are part of the mainstream system — what the commentator Wesley Yang calls the “vertically integrated messaging apparatus” — are so often the ones who find him most intolerable. He’s a reminder of what journalism used to be, of what was lost in the pivot from objectivity to moral clarity, including the working-class audience who are turned off by what they see as rampant contempt and condescension from the New York Times and CNNs of the world.

[See also: Spotify’s response to the Joe Rogan controversy is weak – but predictable]

Meanwhile, Rogan’s most virulent haters not only don’t listen to his show and rarely know anyone who does, but are militant in their determination not to let it pollute their circles. When Bernie Sanders acknowledged Rogan’s endorsement of his presidential campaign in 2020, people on the left responded with the vehemence of a group of middle school mean girls urging boycotts of an unpopular kid’s birthday party, demanding that Sanders “apologise and stop elevating this endorsement”.

Here is the heart of the campaign to push Rogan off Spotify. It’s not about stopping misinformation, and it’s not about reducing his influence; indeed, Spotify could renege and cancel Rogan tomorrow, costing themselves $100 million without costing him a single listener. What people really want is the symbolic satisfaction of kicking him out of the clubhouse. They had a nice place here, with good music and classy people, and here’s Joe Rogan, wearing the wrong clothes, rubbing shoulders with the wrong folks, flouting the etiquette of this rarefied space and generally stinking up the joint.

It’s less about politics than about class, less about disagreement than disgust, and less about what Rogan actually says than how popular he is for saying it. It’s realising that people love him, no matter how much we beg them not to. In the giant fertile chasm between liberal and conservative media, in a vacuum of trust in authority, Joe Rogan has taken root: irreverent, curious, immune to in-group pressure and utterly uncontrollable. 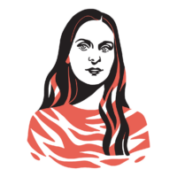