How do you measure the success of a country? Per capita wealth? A wider measure of economic output through GDP? Perhaps the Gini coefficient measure of inequality to herald a country’s fairness? Or set the benchmark for success in an individual field such as educational attainment or health outcomes? Any number of organisations seek to measure and rank nations by “soft power”, a mix of cultural reach and academic influence – is that a useful metric?

After the global economic shock of Covid-19, much focus and concentration will be on how countries bounce back. Targets will be set for economies, employment, earnings and output to return to pre-pandemic levels. But what about those countries which don’t want to be measured in that way?

In August, Scotland’s devolved SNP government invited the Scottish Green Party to join in a cooperation agreement. The Greens’ co-leader, Patrick Harvie, does not believe that a country’s success is measured by economic growth at all. In fact, he claims the pursuit of continuous economic growth is a “destructive and toxic belief”.

For her own part, First Minister Nicola Sturgeon has shown herself sympathetic to changing the way success is measured. In 2018 she joined with Iceland and New Zealand to found the network of Wellbeing Economy Governments (WEGo). And, in 2019, she followed this up with a TED talk on the subject, declaring: “What we choose to measure as a country matters. It really matters because it drives political focus, it drives public activity. And, against that context, I think the limitations of GDP as measurement of a country’s success is all too obvious. GDP measures the output of all of our work, but it says nothing about the nature of that work. About whether that work is worthwhile or fulfilling.”

That Sturgeon’s overriding political goal is independence for Scotland is not in question. And as someone who has repeatedly stated she wants another referendum on independence in short order, it is politically expedient for her to wish to downplay economic output and growth as the measure by which her devolved administration is judged.

For while Covid has ravaged national finances everywhere, the difficulties in Scotland are particularly pronounced, and their origins deep-rooted. The national accounts are in bad shape, and the economic prospectus much bleaker than when the SNP last took secession to a vote in 2014. Until the start of the pandemic, Scotland’s GDP growth had lagged behind that of the UK for five straight years and the Scottish Fiscal Commission has forecast that the Scottish economy won’t return to pre-pandemic levels until 2024. Scottish government figures show that the deficit is running at £36bn or 22.4 per cent of GDP, the highest in Europe.

But there are dangers for Scotland’s First Minister in discarding economic data as the primary means of weighing and measuring her government.

For a start, even those who discount capitalist growth as something to be pursued would agree that an economic indicator such as reducing child poverty is worth focusing on. In Scotland, it is going in the wrong direction. When the SNP took office in 2007, the rate of relative child poverty in Scotland was 23 per cent. In 2017, Sturgeon passed a child poverty bill aiming to cut the rate to 10 per cent by 2030. Three years later, it had risen to 26 per cent.

Away from economic metrics entirely, the three biggest policy areas that the devolved Scottish parliament has competency over and could be judged on are health, justice and education.

Covid blew up health services everywhere, as surgeries were cancelled and wards cleared to deal with the pandemic. The catch-up will take some time. However, even before the pandemic, the Scottish NHS was creaking. In December 2019, NHS Scotland recorded its worst ever Accident and Emergency waiting times, with nearly one in five patients waiting longer than four hours for initial treatment. And the promise the SNP made to cancer patients that 95 per cent would be treated within two months of referral hasn’t been met once in the past eight and a half years.

On crime, Scotland has lost over 800 police officers since the SNP merged all of Scotland’s police forces in 2013 and over 120 local police stations were shut in the same period. Violent crime in Scotland has been rising for the last five years, while domestic violence hit a 20-year high last year. The proportion of criminals convicted of violent offences that are given jail time has dropped to just 52 per cent, and attacks on emergency workers are the highest in a decade.

But it is arguably through education where people’s life chances and well-being can be most enhanced. In 2015, Nicola Sturgeon made it her personal priority: “Let me be clear – I want to be judged on this. If you are not, as First Minister, prepared to put your neck on the line on the education of our young people then what are you prepared to?”

In the same year, the SNP withdrew Scotland from international surveys TIMSS (measuring maths and science) and PIRLS (measuring literacy). Scotland had been slipping down the rankings in the years before the withdrawal and there is now no similarly effective way to compare Scottish pupils’ progress in reading, maths and science.  Just over a year after the international withdrawal, the SNP scrapped the long-running Scottish Survey of Literacy and Numeracy. And, when a new curriculum was introduced, it was introduced without “levels” that could be compared from year to year.

On other metrics, too, the SNP’s record falls short. In her original TED talk, the example the First Minister used as to why GDP was incomplete was that: “It puts a value, for example, on illegal drug consumption, but not on unpaid care.” After funding cuts on the SNP’s watch, drugs deaths have more than doubled and Scotland now has the highest drugs death rate in the whole of Europe.

The Scottish government has a National Performance Framework which, since 2007, has assessed how the country is doing in areas such as culture, the environment, education and human rights. There’s no great fanfare about the figures and no minister comes to announce them to Holyrood as with budget day or the set-piece programme for government. The framework’s dashboard confirms that of the 81 indicators used, the country has stalled or is going backward in 53. With 11 indicators unable to be confirmed due to lack of data, that leaves only 17 where progress is being made.

Like Nicola Sturgeon, I believe that measuring a country’s GDP doesn’t give the whole story. There is so much more to people’s quality of life and the sense of aspiration and ambition of a nation. But unlike her, I do believe that a healthy economy helps underpin much of the state’s contribution to those other measures. Encouraging growth post-pandemic gives room for governments to deliver success elsewhere too.

For those who disagree, it is not enough to want to be measured by something other than economics. Governments need to focus, fund and deliver on the wellbeing metrics they so prefer.

Topics in this article: Nicola Sturgeon 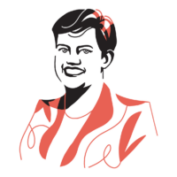