It may be a running joke here that each new intervention in Europe is less effective than the last, with the Spanish bailout saving the world for 48 hours and the Greek elections saving it for 48 minutes, but it turns out that it’s actually truer than we thought.

A new study by the Royal Bank of Canada, reported by the Wall Street Journal, finds that the positive market boost from each new intervention by EU officials is taking less and less time to unwind. Whereas the August announcement that the ECB would begin buying bonds calmed the Spanish and Italian markets for 48 days, the removal of Berlusconi in November lasted 48 hours – and the report puts the boost from Samaras winning the Greek election at just two hours. 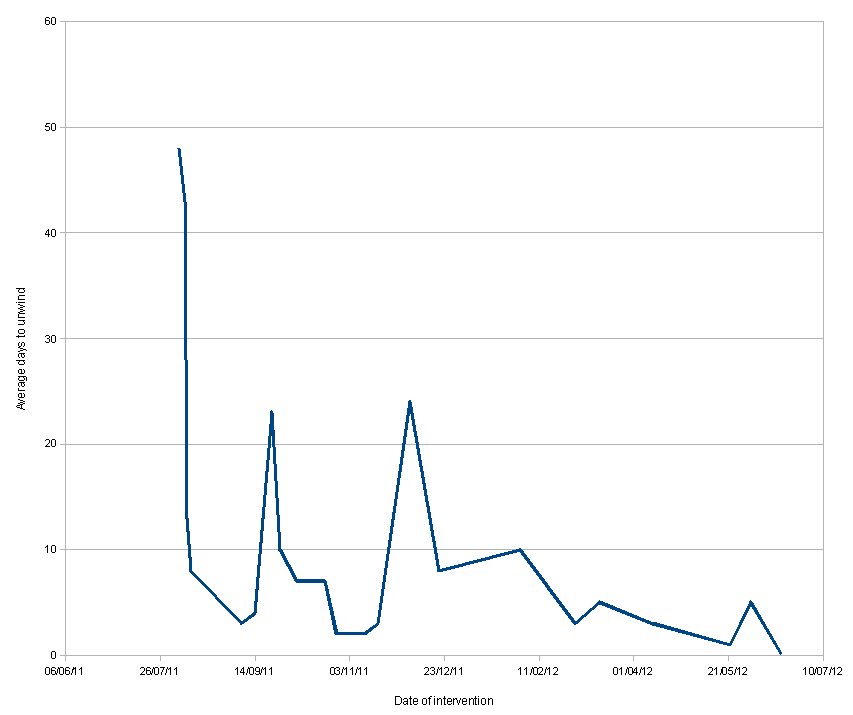 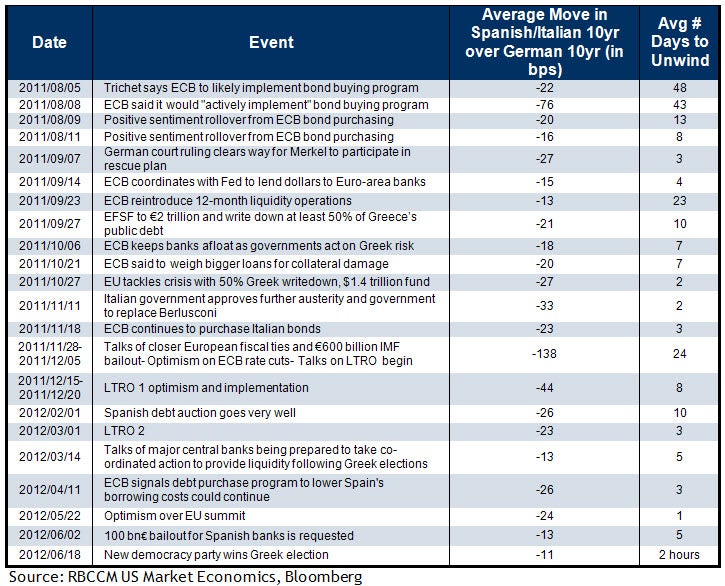 RCB’s chief economist, Tom Porcelli, partly blames computer trading for the decline, but says that the bigger reason is simply that traders have become more sceptical:

I think investors are realizing talk is cheap. If this thesis is correct, it means policy makers can ill afford to continue dragging their feet.

The problem is that its not only talk which is cheap; money is too. If you look over the list of interventions, very few of them involve any sort of structural changes. That was fine in 2008, when it looked like the crisis was a mere cyclical concern; but in Europe now, it is a very different beast. The fear that the Eurozone is an inherently unstable creation is a self-fulfilling prophecy, cycling back into more woes for peripheral countries like Greece, Spain and Italy.

Bailouts, writedowns, and summits can’t solve this problem, and the ability to kick the can any further down the road is, it seems, being removed from the picture.