1 April is April Fools’ Day, and also a red letter day for George Osborne: the day that his “national living wage” of £7.20 comes into force.

That objection is important, not least because the higher national minimum wage is being rolled out alongside a series of cuts to in-work benefits, most significantly housing benefit. But there are bigger questions about the higher minimum wage, too.

The old minimum wage was set by the Low Pay Commission – a body comprising academics, trade unionists, and employers – who were given a brief by the Labour government in 1999 to set a floor for low earnings, without endangering the employment rate. The real living wage – set by the Living Wage Foundation – reflects the cost of living, and is not intended as a statutory wage floor (indeed, the foundation itself doesn’t believe that the living wage should be used as the legal minimum). 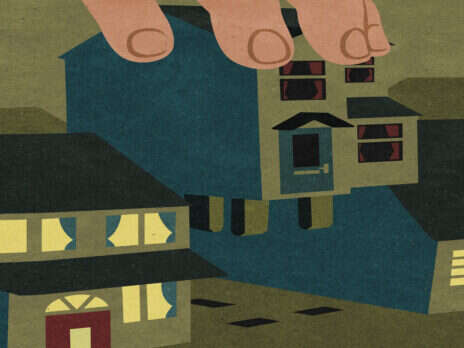 And it worked: as the Low Pay Commission write in their latest report, the national minimum wage has effectively eradicated the lower end of the pay distribution, without causing job losses.

Osborne’s hope is that his higher minimum wage has the same positive effects – and has the political consequence of making further reductions to in-work benefits politically palatable. The nightmare scenario is that the hike drives up either unemployment or under-employment, as employers have to shed either workers or hours in order to meet the new wage costs. The areas in particular jeopardy if it doesn’t work out are what Laura Sandys, the former Conservative MP, dubs “perimeter economies”: largely coastal areas, whose economies are largely based around care homes for the elderly, and tourism.

What will happen? We simply don’t know. Osborne is not the only politician experimenting with higher wage floors. Australia and France already have minimum wages at 60 per cent of median earnings – the level the Chancellor is targeting by 2020. Germany has introduced a legal minimum wage for the first time in its history, at €8.50 (£6.73). In the United States, it is the American left who are driving the increase in minimum wages. The Californian legislature has just approved a $15 (£10) minimum wage, while in the city of Seattle, the minimum wage is gradually increasing to the $15 dollar mark.

How are those higher wages doing? Well, it’s too early to tell. The picture is mixed in Seattle, while in Germany, unemployment remains low, although there is some anecdotal evidence that it may be hurting employment among newly-arrived refugees.

As for Britain, the Low Pay Commission’s initial survey suggests that business is capable of shouldering the initial rise, although some smaller businesses are nervous about their ability to meet the 60 per cent target by 2020, and throughout the care and hotel sectors, there is nervousness about being able to maintain wage levels.

For Osborne, failure comes at a high price. The areas of the country most likely to be able to absorb the higher wage – big cities – are mostly inhospitable areas for Conservative politicians, while it is coastal areas – Plymouth, Cornwall, and Sandys’ old seat of Thanet South – that may be most badly exposed, areas which are largely held by Conservative politicians with small majorities. The costs of failure are high – for the low-paid, and for the Chancellor.