Depending on the election result in May, today could be Osborne’s final Budget. Unsurprisingly, Twitter is clear of any patronising adverts highlighting the changes to beer and bingo taxes – the things working people enjoy, of course. But the newspapers this morning are swelling with leaks, announcements and juicy rumours. Here’s a round up, for anyone (including us) too excited to wait:

In plans leaked to the Guardian, Osborne has drawn up blueprints that would allow parents to pass a main property worth up to £1m to their children without paying inheritance tax. This would reduce the inheritance tax bill on properties worth up to £2m by £140,000 with the Treasury concluding that the scheme would “most likely benefit high income and wealthier households.” Quelle surprise.

Helen Lewis spotted the first shameless reannouncement of today’s Budget: the world’s largest power-generating lagoon, in South Wales. Negotiations will be started on funding a £1bn initiative to produce electricity from turbines in Swansea Bay.

Death of the tax return

The Telegraph has splashed this morning on the “death of the annual tax return”. It is expected that Osborne will use the Budget to announce a cut in unnecessary HMRC “red tape” Tax returns, the paper reports, “have been long considered an unnecessary burden for millions of people”.

This “long-term economic plan” is certainly under way: a new shiny 12-sided (!) pound coin will be unveiled. Featuring the “four symbols” of the UK: a rose, leek, thistle and shamrock. Sorry? The Chancellor announced the plans at the Budget in 2014 to replace the £1 coin because it has been increasingly vulnerable to counterfeit. 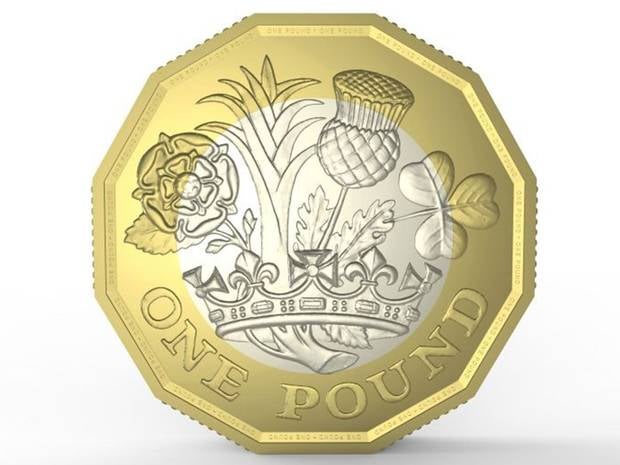 Loans of up to £25,000 for PhD students from disadvantaged backgrounds in an attempt to convince more people to take up postgraduate research.

The Independent believe they’ve found the biggest “rabbit” in today’s Budget: they say the Chancellor will abolish tax on income from savings for millions in a move to woo pensioners and “hard-working” people. In last year’s Budget, Osborne announced that that 10 per cent tax on saving for people on low incomes will be abolished next month. This change will help an estimated 1.5m savers, many of them pensioners, according to the Indy.

According to reports in the Daily Mail, the Chancellor will be announcing a welfare cap as he sets out more than £12bn in benefit cuts… and guess who will be affected the most? Read on…

At the bottom of the list for a reason. No “goodies” or happy “rabbits” for the under-25s it seems. In fact, they are set to lose the right to housing and unemployment benefits if they refuse offers of work, training or education. It seems the controversial Tory grandee, Lord Tebbitt, whose ambition it is to make young unemployed people pull up ragwort for benefits, might be gleeful at the Budget today.