Stamp duty is one of the most hated taxes in the country. That’s partially because it’s for large amounts, levied all at once: it hurts a lot more to hand over £8000 in one lump sum than it does to have it taken from you over the course of a year. It’s also because it is a tax which is broken at a very fundamental level. Unlike nearly every other tax, stamp duty (technically called Stamp Duty Land Tax, SDLT) is valued at a percentage of the total value of the house, with the percentage increasing as the value increases. That leads to some very strange effects on the housing market as people revalue their houses to avoid hitting the thresholds: 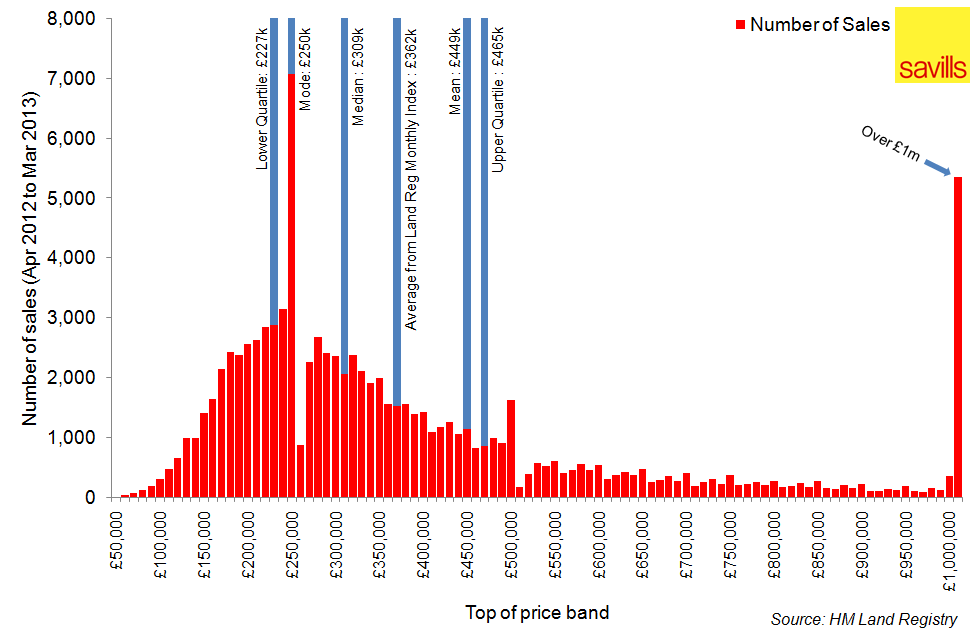 But stamp duty is also hated because it raises the cost of moving house. The tax is payable by the buyer of the property, making it seem particularly painful for first-time buyers, who don’t have the cash from selling a previous residence to provide the necessary liquidity.

But, as we know from other debates, who pays a tax isn’t always as clear as it seems. The classic example is the employer’s contribution to national insurance: they pay tax on 13.8 per cent of their employee’s earnings, but there’s evidence to suggest that if that tax did not exist, it would lead to higher wages, not higher profits. So is the same true for stamp duty?

Chris Dillow points to a paper published by the Institute for the Study of Labor (IZA – the institute is German) suggests it is. The authors, the IMF’s Ian Davidoff and IZA’s Andrew Leigh, write that:

The short-term impact of a 10 per cent increase in the stamp duty is to lower house prices by 3 per cent… Since stamp duty averages only 2-4 per cent of the value of the property, these results imply that the economic incidence of the tax is entirely on the seller; that is, prices fall by the full amount of the tax.

The data is for the Australian market, but sits comfortably with snapshots like the Savills graph above, which show that, at least at the thresholds, sellers are extraordinarily sensitive to the cost of stamp duty. There’s few for whom that’s good news – though if you don’t yet own a house and plan to buy one and never sell it, it won’t hurt.