A consortium of business interests, led by Labour peer Lord Adonis has announced its proposal for “Crossrail 2” (pdf), a line stretching from the south-west of London to the north-east. It’s a long way from reality at the moment — even though it has powerful friends the group has no official power, and the most optimistic projections don’t see it opening until around 2035 — but it is already clear that it, or something like it, is sorely needed.

I’ve knocked up a rough map of the proposed route: 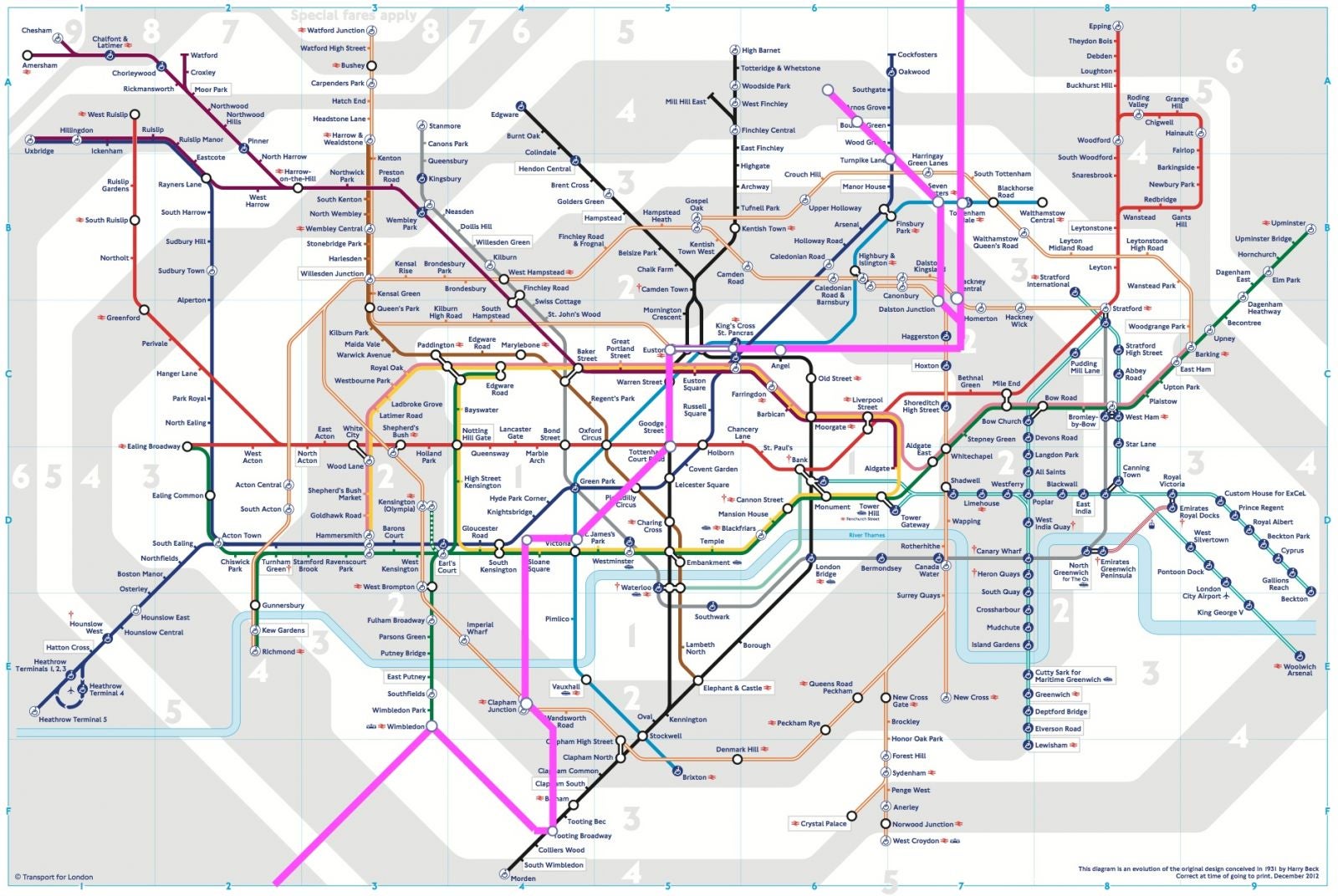 (I’ve missed magenta since the Olympics, so thought the tube map could do with some more. Click to embiggen)

The line as proposed would take a significant amount of strain off the Victoria line), with four/five intersections at Victoria, Seven Sisters, Tottenham Hale, and a joint Euston and Kings Cross St Pancras station.

(Yes, the trains would be long enough that the platform would have one end at Euston and the other at Kings Cross. Crossrail 1 has similar stations, one at Farringdon/Barbican and another at Liverpool Street/Moorgate, and even Thameslink, after its recent upgrades, has a station with entrances on both sides of the Thames.)

It would also link happily to the High-Speed 2 terminus in Euston, put a new station in the railway black-hole of inner Chelsea, and join up the two southern spurs of the Northern and District line. The consortium has clearly put a lot of thought into the plans, and if someone can be found to stump up the estimated £12bn cost, it will fix London’s public transport congestion for at least, ooh, a year or so. After that, London could have its south London monorail or its cross-river tram.