Today’s Markit PMIs (standard reminder: purchasing managers at companies surveyed, aggregated into an index showing activity across the economy, normalised so that 50=no change) highlight the discrepancy between the Eurozone economy (still contracting, albeit less each month than it has been for the better part of a year) and the US economy (which is growing, and growing faster most months).

(Today’s releases are the “flash” PMIs, compiled from the first 85 per cent or so of managers to respond; they are thus to be taken with a larger pinch of salt than normal)

The Eurozone composite PMI – covering services and manufacturing – rose slightly to 47.3. This is a nine-month high, but still represents moderate contraction of GDP: 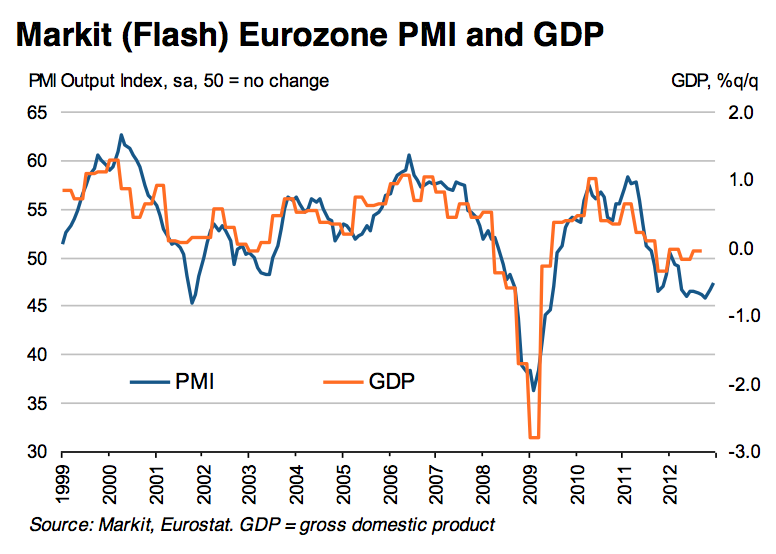 Even worse is the manufacturing data. Again a nine-month high, it now stands at 46.3, and rose by just 0.1 from November.

Compare that figure with the US, where the manufacturing PMI showed a sharp increase to 54.2, signifying healthy expansion: 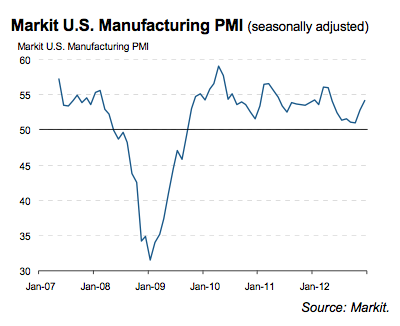 As ever, the UK data lies somewhere between the two:

The UK is undergoing a renewed bout of economic weakness as it heads towards the end of 2012. The all-sector Output Index from the three PMI surveys rose from 49.7 in October to 50.2 in November, edging above the 50.0 no change mark. However, despite the increase, the latest reading was the third-weakest since April 2009 and consistent with the economy sliding back into contraction after the temporary growth surge seen in the third quarter. 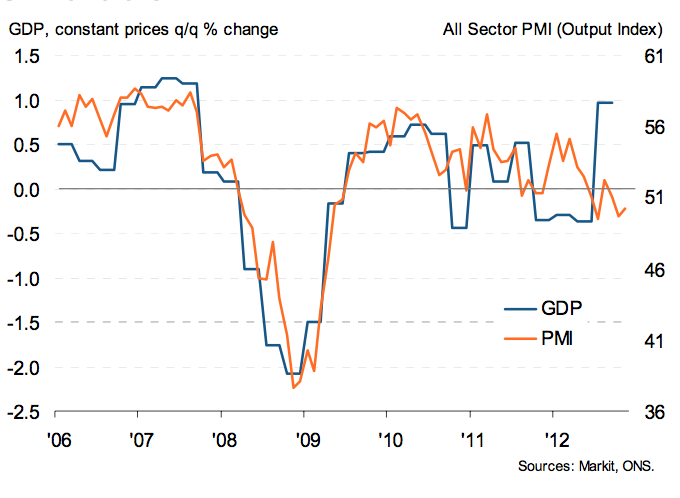 The UK data also highlights the folly of relying too much on the PMI information to predict economic performance, though. All through the double-dip recession, commentators were insisting, based on the strength of PMI data, that the ONS was mistaken. And even as it fell to new lows, the ONS recorded the massive growth of last quarter.