Remember when Canada introduced a compulsory levy on blank CDs to save the recorded music market, and how that totally made everything OK? Oh, you don’t?

Canada is one of a few countries which enacted what’s known as a “private copying levy”. Any “blank audio recording media”, such as cassettes, CD-Rs, or MiniDiscs, is subject to a tax – of $0.29 per unit for CD-Rs, and $0.24 per unit for cassettes.

So how did the levy do? It saved the Canadian recording industry, right? Not so much: 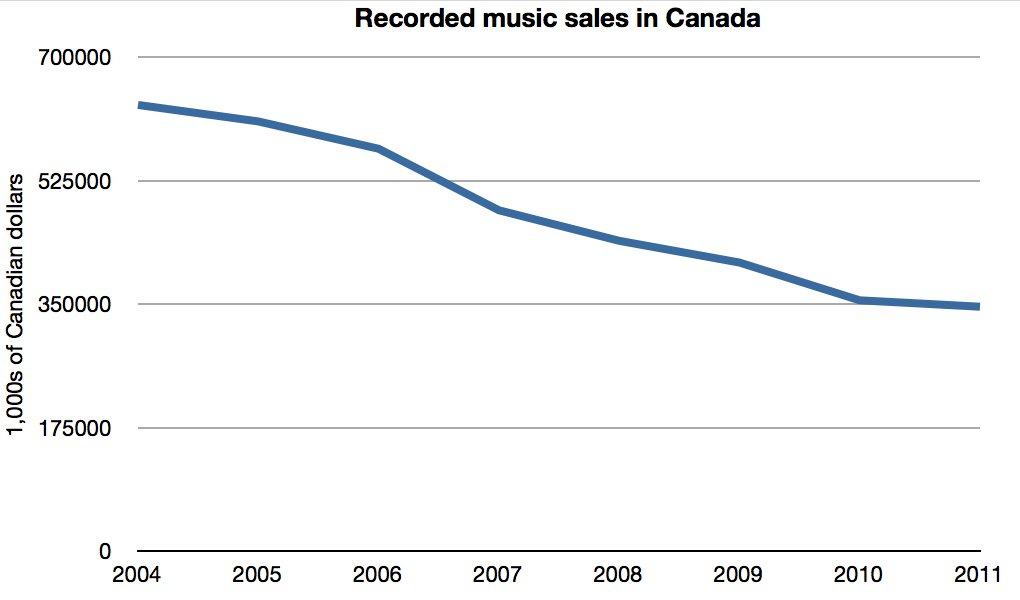 The money taken from downloads is actually on the up in Canada, as with everywhere else; and eventually, the industry will recalibrate around this new funding source. But to pretend that state funding – particularly state funding based on a tax of an unrelated resource – can save the industry is sadly wishful thinking.