Has the collapse in the number of IPOs since the dot.com boom hurt employment? That’s the question asked by a new report from the Kauffman foundation.

The argument is that IPOs pump huge amounts of money into start-ups, which can then be reinvested into employment growth. Their chart of the revenue per employee of Google, Amazon and eBay is instructive: 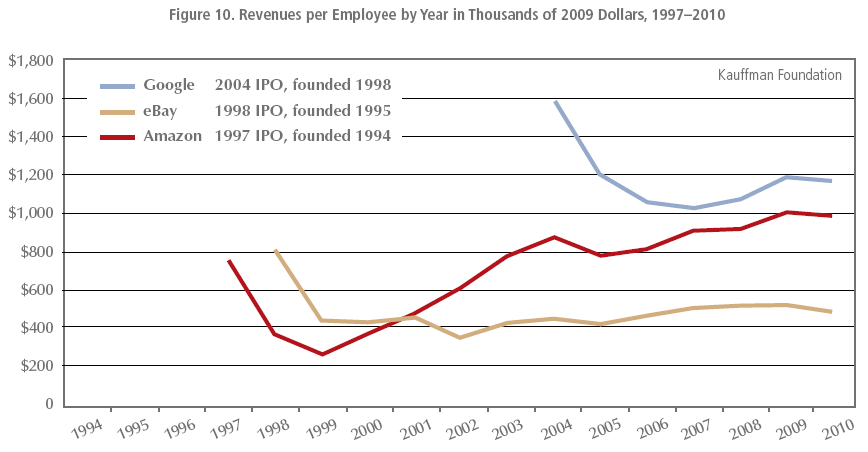 All three experienced sharp drops in revenue per employee immediately following their IPOs, as they went on hiring binges. If that’s a standard pattern, then the fall in the number of IPOs a year (from hundreds in 1996-2000 to to just 8 at the nadir of the crash in 2008) will hit the labour market nationwide.

But it doesn’t appear to be a standard pattern at all, as the key chart in the report shows: 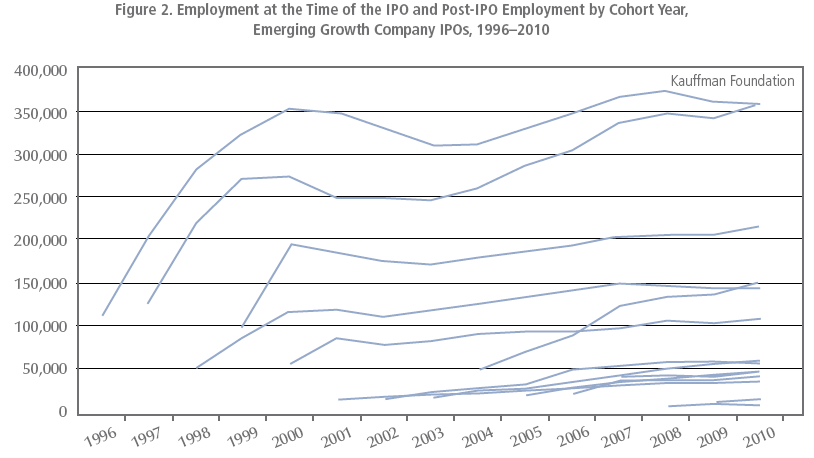 While employment in the dot.com boom rocketed up post-IPO, once the crash hit, companies appear to have begun to take the cash injection and pocket it. Google – and Salesforce.com, the other big IPO of 2004 – are such exceptions that their year noticeably deviates from the trend.

As a result, the headline conclusion of the report is that around 1.9m jobs were forfeit over the past decade by the slump in IPOs. A lot, without doubt, but when you consider that post-IPO companies hired 1.6m people last year alone, the context becomes clear. And as the continuing saga of the Facebook IPO (currently stabilising around $29, 25 per cent lower than the IPO price) shows, there are upsides of steering clear of the whole thing.