FTX, the world’s second largest crypto exchange, which was founded by Sam Bankman-Fried, has spiralled into a flaming mess – slowly, then all at once. It began on 2 November, when the crypto news website CoinDesk reported on the private balance sheet of Alameda Research, FTX’s sister trading firm, which was also founded by Bankman-Fried (more widely known as SBF). CoinDesk reported that a large part of Alameda’s holdings were held in FTT – a cryptocurrency token invented by FTX. This raised concerns over the value of both Alameda and FTX, and the unusual closeness of the two firms. (Full disclosure, the Collective Intelligence Project, where I work, received a grant from the FTX Future Fund Regranting Program this year.)

On 6 November, Changpeng Zhao (aka CZ) – the CEO of Binance, the world’s largest crypto exchange – tweeted: “Due to recent revelations that have come to light, [Binance] has decided to liquidate any remaining FTT on our books.” SBF responded by announcing that FTX and Alameda assets were “fine”. FTX customers, however, were not convinced and triggered the equivalent of a bank run. FTX was swamped with withdrawal requests which worsened any liquidity problems it was experiencing. FTX is now staring into a reported $8bn black hole in its balance sheet.

SBF, who is 30, had aspired to be the respectable, casually dressed face of the industry, and had largely succeeded. He tried to bail out a few smaller, failed crypto companies this year, which led to some journalists comparing him to the US financier JP Morgan. He has the trappings of institutional legitimacy: he studied at the Massachusetts Institute of Technology, his parents are both Stanford law professors, and he was the second largest donor to the US Democrats after George Soros. Michael Lewis, the author of The Big Short, had recently been travelling with SBF to write a book about him and the crypto industry. The book (and inevitable movie) is now certain to have the arc of a Greek tragedy.

[See also: Will the crypto crash bring down Bitcoin?]

It’s been entertaining, but not completely unsurprising, to witness the CEOs of the two largest companies in the crypto industry engage in public keyboard battles. SBF – who is currently “under supervision” in the Bahamas, where FTX is based – said on Twitter that his company’s balance sheet hole was due to “a poor internal labelling of bank-related accounts”.

SBF had been in talks with policymakers in Washington DC on crypto regulation. Now FTX is filing for bankruptcy and John Jay Ray III – the lawyer who oversaw the bankruptcy proceedings of the energy firm Enron – is the new CEO.

This is not a story that is inherent to crypto, however, and it won’t destroy the industry. Collapses such as this happen in traditional finance, of course, and there’s a reason that deposit protections exist, such as the UK’s Financial Services Compensation Scheme. Unfortunately, there were no such protections in place for FTX’s customers dealing in digital assets. (It has been reported that the US Department of Justice is investigating FTX for mishandling customer funds.)

FTX had no board of directors, and as an international exchange with a limited US arm, it was not subject to all regulatory requirements. The relationship between FTX and Alameda Research, reportedly, remained opaque throughout FTX’s seven rounds of venture capital investment.

[See also: How politicians failed to protect the public from crypto]

This has prompted discussions on the danger of relying on centralised exchanges to hold funds for customers, because this model replicates the same dependence on banking institutions that decentralised finance was created to avoid. While there is a case for decentralised finance – which uses code rather than centralised intermediaries to provide services – the main problem is that this system is immature. People have to do much more research to stay financially safe.

There’s a reason that FTX and Binance – which are both centrally managed – are the world’s largest crypto exchanges. The majority of people do not want to look after their crypto “keys” – a secure code that enables the holder to make transactions and prove ownership of their holdings – to their savings and risk losing everything if those keys are stolen. If I forget my debit card Pin, the bank has ways for me to reset it. So there needs to be multiple recovery mechanisms if crypto is ever going to be used widely. While some decentralised exchanges that are run on code, with little human management, have so far proved to be sturdy, many other decentralised exchanges using unaudited code have failed or been hacked.

There is potential for decentralised finance and crypto to make cross-border transactions easier, or be used as an alternative currency for people in countries facing hyperinflation. There are also many people – more excited by the technical possibilities of crypto than the financial benefits – who are looking to create new industries built on blockchain, such as decentralised governance and decentralised science. Yet, before the system becomes mature and properly scrutinised, decentralised finance should not be promoted wholesale without also making people aware of the risks.

Topics in this article: Cryptocurrency

This article appears in the 16 Nov 2022 issue of the New Statesman, The state we’re in 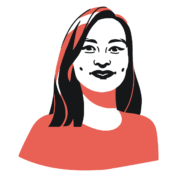