The CITIC Bank Headquarters in Hangzhou, the Vatican City’s chapel at the Venice Architecture Biennale and the Apple store in Paris’ Champs-Élysées could hardly be more different as architectural projects. What ties them together is the fact they were all created by world-leading architects at British industrial design firm Foster + Partners. The company was established in 1967 by Norman Foster, who was honoured by The Queen with a life peerage in 1999, taking the title Lord Foster of Thames Bank. It has been responsible for some of the most iconic city structures in both the United Kingdom and abroad, such as the restored Reichstag in Berlin and the 30 St Mary Axe in London – colloquially known as The Gherkin.

Both at home and abroad, UK architects and designers have been reshaping the landscapes of modern cities for decades. Designers such as the late Zaha Hadid, who created buildings such the Guangzhou Opera House defined by their sense of undulation and movement, and Richard Rogers, the man behind the Pompidou Centre in Paris and the National Assembly for Wales in Cardiff, have completed ground-breaking work across the globe and put Britain on the map as an architectural hub.

Architecture contributes billions of pounds to the UK economy, employing an estimated 104,000 people. Revenue from work on projects outside of the UK totalled at £474 million in 2016 according to the Royal Institute of British Architects (RIBA), with overall revenue in the sector estimated at £2.5 billion. With an international, business-friendly culture, open to disruptive and innovative ideas and creators, British architecture and design is world leading.

London’s Bartlett School of Architecture, part of the University College London (UCL), was named the best place in the world to study the built environment in the QS World University Rankings.Top-rated education produces top rate talent, and British architectural firms are able to reap the rewards by hiring from the UK’s pool of highly skilled architecture graduates.

Whatever happened to the Conservatives’ “war on cancer”?

Has the insurtech bubble burst?

In UK architecture, investment thrives from both the outside in and the inside out

Lithuanian facade contractor Staticus is one of the largest of its kind in Northern Europe. Having worked on a range of high-profile buildings in Scandinavia and across the Baltic regions, such as the Segerstedthuset at Uppsala University in Norway, it is now increasing its presence in the UK.Saticus has been responsible for a range of landscape-defining projects in London, Manchester, and Liverpool. This includes Stratford’s Alumno tower, which boasts 26 floors of student accommodation and an arts centre.

The company offers a one-stop solution to contractors by designing, manufacturing and delivering the facades and providing comprehensive project management throughout the installation process. Staticus UK managing director Paulius Gurksnys says: “The UK boasts some of the best and most experienced structural engineers, architects and designers in the world. To work with them and find the best solutions to challenging projects is what we enjoy most about working in the UK. You only have to look at the skyline in cities up and down the UK and see all the cranes to note how much development is happening here. We are working on buildings that will last hundreds of years and we’re extremely proud to be involved in changing the face of the UK’s urban realm.” It’s not just that the UK is wide open for foreign investment – Britain-based architecture firms have been thriving as they expand overseas.

BDG architecture + design is an agency which creates office spaces across the UK and Europe. In 2018 it designed leading British price comparison website MoneySuperMarket’s London office, and was subsequently shortlisted for the British Council for Offices Fit Out of Workplace Award 2019. The company is now working on providing new leases of life to redundant and unloved office blocks in Amsterdam and Madrid, aiming to provide next generation co-working, conference and hospitality spaces designed to reinvigorate local neighbourhoods.

BDG senior associate Irene Guerra Gomez says: “I’ve been working in the UK for the last 12 years. Britain always has a wider view of the market, of design, and it’s something that is really empowering for me. A lot of companies have their main headquarters in London, and so BDG has been able to study the planning and the design of offices across the city and we know what works best for them and our clients.”

Britain is wide open for disruptive and innovative architectural ideas not just when it comes to public spaces like offices, but with private living spaces too. Undercurrent Architects has designed a corten-steel clad live-workspace underneath a Kennington railway bridge known as Archway Studious, constructed to be both a living and working space for a photographer. The home incorporates the tunnel beneath the railways into its structure, with the main living space dominated by the resulting arched walls and curved ceilings. The entire property is acoustically protected from the trains rushing by overhead.

Another London-based architecture firm, GPad, secured the Grand Prix and Best New Home awards at the London Evening Standard New Homes Awards 2018 for the construction of Wittering House. Created on the 6x7m site of a former derelict garage in Finsbury Park, the two-bedroom house is constructed of white-washed oak and grey brick to reflect natural light and create an airy and spacious feel to the property.

GPad Technical Director Jeremy Wiggins says: “Though ‘tiny homes’ may not be everyone’s cup of tea, this is one way to tackle the prevalent housing shortage. In a city as over-crowded as London where cars are discouraged, what better use of older garages and mews houses than to extend and convert them to housing?” 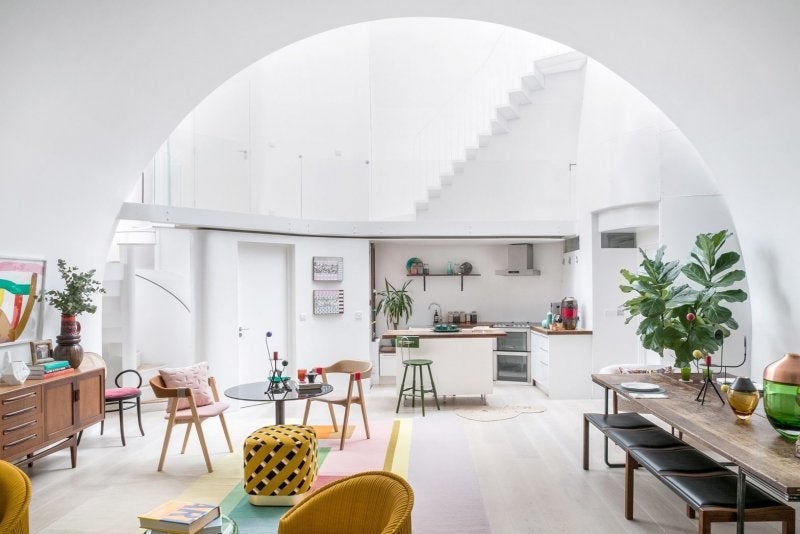 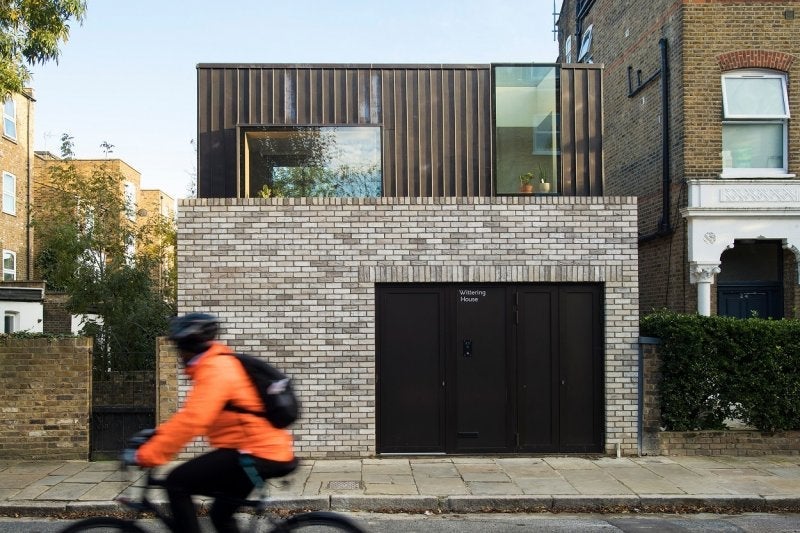 UK products and interiors are likewise leading the way

As well as the construction of buildings and their exteriors, British designers have been leading the way on an interior level. The specialists in shape and space at Lumsden Design are responsible for the design of store, café and experimental interiors for museums, galleries and other cultural attractions.

It has recently completed work on the shops and cafes of Scotland’s first design museum, the V&A Dundee. Utilising its own bespoke merchandising furniture, Lumsden has employed an open plan aesthetic throughout the site to showcase the V&A’s selection of museum-led merchandise, local produce and designer pieces.

Lumsden was also responsible for the Museum of Modern Art (MoMA) design stores in New York and Kyoto and the Platform 9¾ Harry Potter store in London’s Kings Cross Station.

Lumsden Design creative director Callum Lumsden says: “In the UK there is so much activity across museums, galleries, the retail industry and digital platforms that provides a wealth of creativity right on our doorstep. It is now almost without exception for UK retailers to consider the physical presentation of retail environments as an essential return on investment. Well considered strategic and creative design has become appreciated as a mainstream activity that adds value to everyone.”

The British design industry is the largest in Europe, and is well recognised for its high quality output of innovative new products. According to the most recent data from the UK Creative Industries Council (CIC) design contributes more £3billion a year the British economy and employs an estimated 177,000 people across product, graphic and fashion design. The UK design as a global industry report says that for every £1 invested in design, businesses operating in the UK can expect over £20 in increased revenues, over £4 increased net operating profit and over £5 in increased exports. Designers hoping to work in the UK can also look forward to benefitting from an efficient and high-quality chain of manufacturers and suppliers. Make it British is a platform which aims to help UK designers and creators collaborate and reach new customers. The organisation was established by design industry veteran Kate Hills in 2008 inspired by the ability of British retailers to buy, design and manufacture products all in one place. It offers a consultancy service to design businesses looking to work with manufacturers in the UK, offering a comprehensive and expert understanding of the native supply chain.

Make it British has exhibited work from high-end design brands such as Geoff Stocker, who manufacture men’s silk accessories and dressing gowns, and ANTA Scotland, who produce luxury home furnishings and gifts from their own factory in the Highlands Hills says: “The UK has always been well known for great design, and more and more people now want to source locally and make design close to manufacturing again. I think it’s also about the history that we have in the UK – the industrial revolution started in England. It’s that heritage that particularly appeals and that overseas buyers are looking for.”