When Jesse moved into her halls at Sussex University, she was allowed one guest to help her move in. The university had given her a 20-minute slot to drop off her bags and say goodbye to her mum, so she planned her arrival precisely. Like most students leaving home for the first time, Jesse was anxious. But unlike previous school leavers, Jesse would be part of a student cohort confined to their halls, unable to hug new friends.

The first year of university is as much about growing up as it is about academia. Yet for this year’s students, their first term of independence will be spent in relative isolation. Just weeks into the term, Scotland temporarily banned students from visiting pubs while Health Secretary Matt Hancock refuses to rule out a Christmas student lockdown.

Tasiana, 18, found the Manchester Met student halls quiet when she moved in. “No one was in the flat when I arrived,” she says. “I know a girl that lives in another block that didn’t meet her flatmates for days after moving in, she was on her own because people are just not moving into shared accommodation.”

It’s been a week since Tasiana moved in and since then more people have filled up the halls, but the flat is still lonely. “The majority of everyone’s time is spent in their rooms, attending online seminars. It’s hard to speak to my flatmates because a lot of them have eight-hour days of classes on Zoom, so people hardly leave their rooms. One of my flatmates still hasn’t come out of her room yet. We aren’t sure if maybe she is a bit nervous about social distancing.” 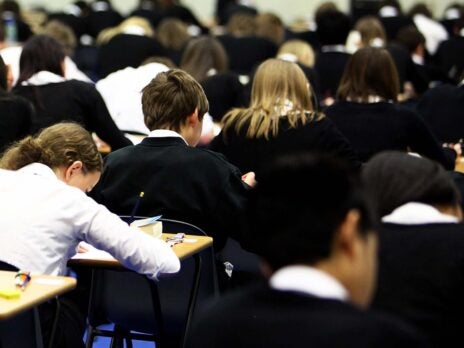 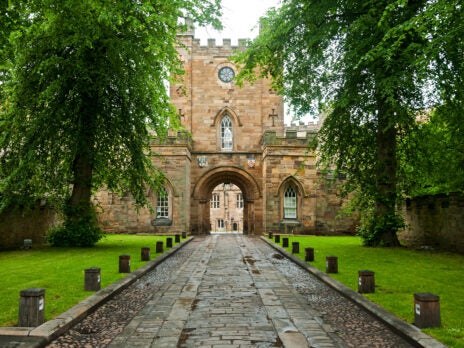 If Rod Liddle has the right to lecture Durham students about sex work, where’s my invitation to talk about cats?

Manchester is known for its student nightlife, but this year pubs and clubs are out of the question. “With my flatmates, it’s too stressful trying to book a pub or go for food as there are too many of us, so we just order a takeaway and stay in. The only reason I have been out to places in the city is because a girl I knew from home invited me out with her. If she hadn’t done that, I probably still wouldn’t have been out of my halls,” says Tasiana.

For students in Manchester, flat parties were a solution to the isolation. “I have seen several parties pop up, but then the new rules were introduced where you could only socialise with six people and then they all started to be shut down by the accommodation wardens. The thing is, I have six people in my flat and we’re obviously all mixing together, but then they’re going and mixing with people in the smoking area and things like that. The rule isn’t really doing anything.”

Several weeks into term, Scottish universities have experienced a steep rise in infections. On 24 September, Glasgow University announced 600 students were being forced to self-isolate. The worst-affected halls house over 1,100 students.

“I know a first-year [who] is self-isolating in halls,” says Rosie, a fourth-year at Glasgow. “His flat has implemented a rota, to try and keep things as clean as possible, but it’s shared kitchens and bathrooms so it’s a difficult one. He said it was all a bit scary.”

The mood on the Glasgow campus is tense. “It’s very quiet and I think there is definitely a feeling of defeat,” says Rosie. “I think everyone was really optimistic at the beginning of term, especially the freshers. I don’t really know what the university or the government was expecting. It was inevitable that there was going to be a breakout in halls, it’s a lot of people coming from various places sharing bathrooms and kitchens.”

Student organisations have done what they can. The Highlands and Islands Student’s Association (HISA), which represents students in a number of campuses across Scotland, launched its freshers’ week online, with 90 per cent of social activities hosted digitally for the first term. “We had various big events, for example we had Iain Stirling host one of our Zoom comedy nights. We also hosted music events online and digital freshers’ fairs,” says Florence Jansen, HISA’s regional president.

But in universities across the UK, online society events and digital inductions are not enough to curb feelings of isolation.

For Jacob, 18, moving into Edinburgh University was not what he expected. “As an introvert, I have found it okay, I don’t mind spending time in my room alone, but the social side of things is very limited. I imagine this is hell for a lot of people and could be very bad for people’s mental health.”

Jacob had been excited about joining some of the many clubs and societies Edinburgh has to offer. “The problem is you could maybe do like, a word game together online[…] but that’s about it. It’s slightly depressing to realise that this is going to be the reality this year.” Jacob had considered deferring his place, “but then I thought it’s just another year wasted. What else would I do during a pandemic?”

Jesse, 18 and a Plan UK ambassador, moved into Sussex University on 19 September. “Weeks before moving in we were allotted our flatmates and we had already started to make friends with them online, then a day before we moved in we were told we would now be living with the people on our course, to maintain a bubble.”

Nightlife at Jesse’s university remains limited; the student union closes at 8pm. “We don’t really go to the pub, we mainly just sit on the beach and talk because we can’t get in anywhere,” Jesse adds. What about social distancing? “There is a minority of people who really strictly follow social distancing guidelines, and don’t go out of their flat and don’t meet people but I think most students are really keen to make friends,” says Jesse. “People just run up to you and start talking to you.”

But the uncertainty in these students’ lives is not only caused by each other. “Many of our students would not have returned to their accommodation if they had not been encouraged to do so by the government,” says Florence Jansen, “and especially if they thought that they would not be allowed to return home over Christmas as a result”.

Jesse is trying to keep positive, decorating her room with postcards and pictures of her friends. “My aim with my room was just to kind of decorate it so much that it felt like home,” she says, “so it feels like a place that’s safe.”