Dominic Raab’s bodyguard sparked a police scramble at Heathrow airport after leaving his loaded, semi-automatic Glock 19 pistol on the seat of a plane. The alarm was raised by a cleaner after she found the unattended weapon in its holster on board the United Airlines jet from Washington, DC, before officers descended on the scene.

A bench outside Llandrindod Wells’ former library could be moved to a different part of the town. Clerk Jane Johnston told an online meeting that the bench was no longer used. She said people had been asking if a bench could be placed along Cadwallader Way. Llandrindod Wells’ mayor, Councillor Steve Deeks-D’Silva, said: “I think it’s a great idea.”

An aristocrat pal of the Queen trampled by cows was saved from death by a can of Strongbow in his rucksack. They had charged as Francis Dymoke, 65 – who holds the title Queen’s Champion – was walking to a picnic spot near his estate with his wife and dogs. “This cow stamped on my back. The can exploded and it appears it took the full weight of the impact. If it hadn’t, the cow would’ve killed me.”

Cat’s out the bag

A man used the 999 emergency line to contact police and complain about drugs he was sold. 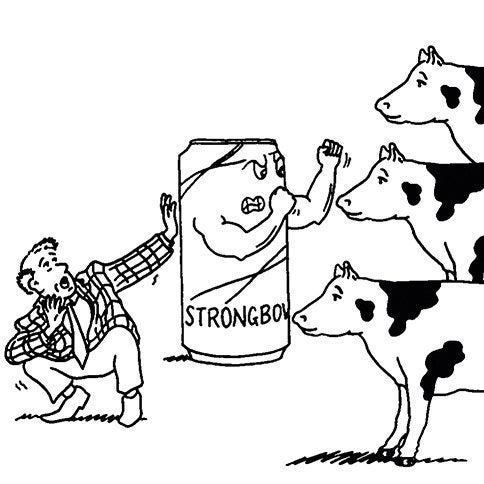 This article appears in the 30 Sep 2020 issue of the New Statesman, Twilight of the Union