Cop26 doesn’t recognise Saturday (6 November) as part of the weekend. While negotiations continued in a much emptier venue, around 100,000 people marched in Glasgow to demand more action on the climate crisis. What was noticeable, as the New Statesman braved the pouring rain and the howling wind to join the crowds, was a new coalescence of messaging around climate and social justice.

Until recently, climate marches were just that. But on Saturday, the demand that politicians and businesses don’t just fix climate change, but do so in a socially just way that creates jobs and protects the poor was front-and-centre on placards. A study published at Cop26 by researchers in the UK and Uganda underlines the importance of this change.

Uganda is the second-youngest country in the world, just behind Niger. In a population of over 44 million, the median age is 15.8 and youth unemployment is as high as 70 per cent. The new report, carried out by Ugandan and UK researchers, shows the massive social and economic pressure climate change is putting on Ugandans, with the young particularly impacted.

Farming is the main source of income for the vast majority of the Ugandan population. Yet agricultural productivity has been halved in some places because of increasingly unpredictable weather patterns, a direct result of climate change. Historically, farmers in the country were able to benefit from two growing seasons a year, March to May and September to November, but this is often no longer the case. “Variability in weather and rainfall has put pressure on agricultural production by shortening the growing season and reducing predictability,” says the report. 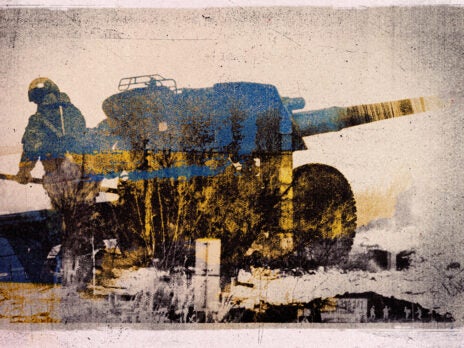 “Now it either rains too much or too little,” Bob Natifu, acting commissioner for the Ugandan government’s climate change department, told the New Statesman in Glasgow.

Fewer harvests and lower yields mean a lack of income and food, as well as unemployment or insecure alternative livelihoods, and huge stress. In turn, these factors lead to early marriages, school dropouts and forced migration and displacement.

Young women are on the front line of dealing with the fallout from climate change. “Women are the backbone of households,” said Natifu. When harvests fail, women find some way to put food on the table – “Women have been progressive and pragmatic in trying to address the challenge.” But men often “abandon them, go to the city and find other women who will provide for them”, he added.

The country is trying to deal with problems of drought and flooding by planting trees and other natural solutions. But these are “small and short-term quick fixes”, said Natifu. He wants the country to “take a leap” to medium and long-term fixes with technology at its heart. For example, to have infrastructure that can trap water when it rains too much and store it for when it doesn’t.

Likewise, farmers in Uganda have traditionally used indigenous insights to decide when to plant crops and to harvest. But climate change is causing havoc with the seasons, meaning this knowledge “needs combining with science to increase productivity and stop losses”, said Natifu. Early warning systems, for instance, could help farmers better protect their crops from extreme weather.

Uganda tries to find solutions itself before reaching out to the international community, said Natifu. But it is clear climate finance and outside knowledge will be needed. The study recommends that leaders gathering in Glasgow consider climate and social justice as two halves of the same problem: education, training to provide new skills, and access to “stable income sources and livelihoods” for young people should all be priorities.

Examples of green jobs in Uganda include sustainable agriculture, clean cooking technologies and recycling plastic waste. One company, Eco Brixs in Masaka in the south of the country, is turning plastic waste into products such as bricks, fencing spots, benches, paving slabs and visors.

“Young Ugandans speak with urgency and clarity about the need for climate action and the political engagement they would like to see,” said Anna Barford from the University of Cambridge’s Institute for Sustainability Leadership and co-author of the report. “Hearing and acting on their words is vital to delivering environmental justice.”

Change “can only happen when we are speaking the same language,” said Natifu. “We need strong international cooperation.”

Perhaps the change of tone on the streets will encourage greater change in the official negotiations.