“Can I buy clothes from American Apparel and still be a feminist?” goes the not-so-age-old question.

I can’t help being hyper aware of just having written that sentence while wearing an oh-so-soft American Apparel t-shirt. But now that the company’s notoriously misogynistic CEO, Dov Charney, is finally being forced out by the board, maybe I can stop sweating. A little bit, at least.

While the US hipster uniform merchant shrouds itself in ethical credentials – anti-sweatshop, pro-gay – Charney is cited in multiple sexual harassment lawsuits. But those sweet “legalise gay” t-shirts are enough to make many of us, myself included, turn a blind eye to everything going on beyond the cool, minimalistic storefronts. 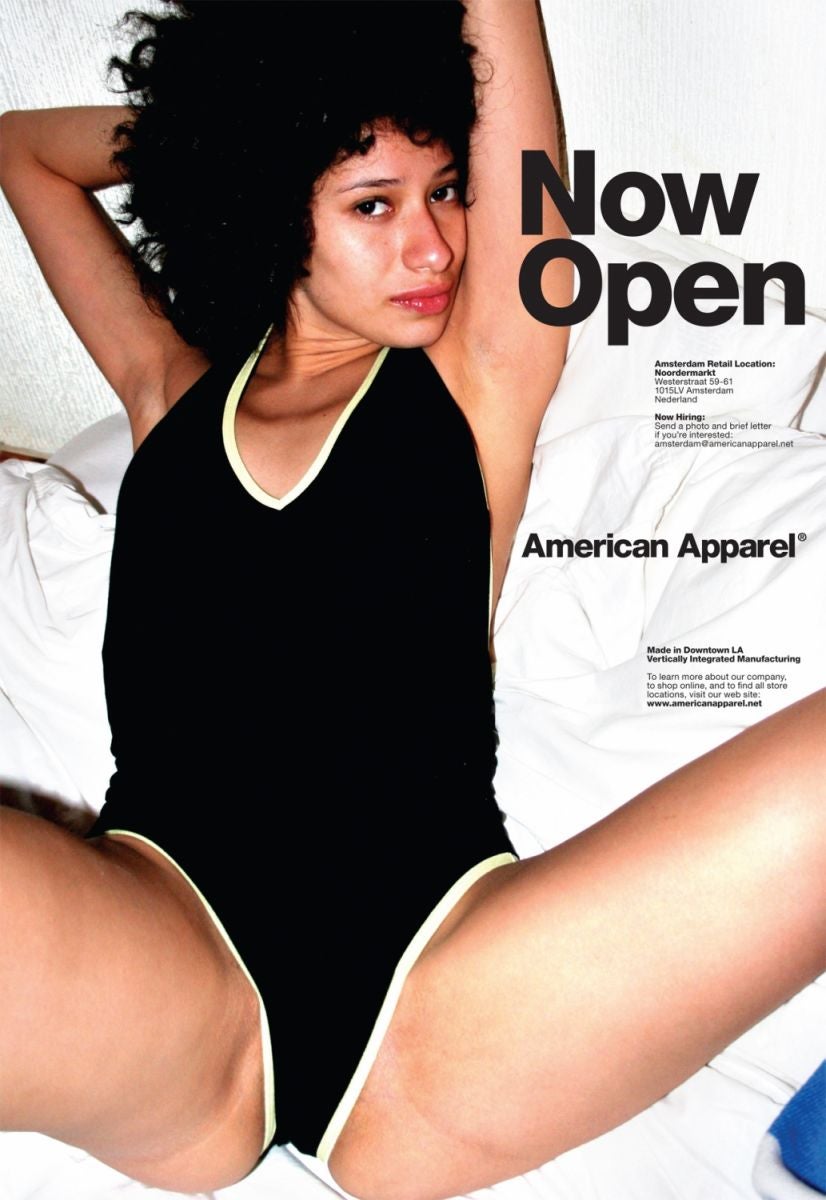 An advert for a new American Apparel store in Amsterdam.

This has been a bad week for some of the fashion industry’s worst kept secrets. While the charming Mr Charney’s string of alleged assaults have finally had consequences for him, another fashion stalwart is under fire, yet again. That is, of course, photographer Terry Richardson. Known for his stark, overexposed pictures of (mostly) female flesh, Richardson has been accused of sexual harassment by a number of the women he’s photographed. Sunday’s New York Magazine profile piece on Richardson propelled him right back to where he seems to belong – that is, at the forefront of a debate about the fashion industry’s treatment of women.

Charney and Richardson represent an uncomfortable truth about our current conception of coolness. The two men are emblematic of a hipster veneer that’s so often used to cover up the mistreatment of women. In the name of cool, we so often make allowances for men like these. With their 70s porn star aesthetic seems to come this notion that they’re only subjugating women ironically: we’ll carry on buying clothes from people who look like the result of Ron Jeremy humping a copy of Vice. Misogyny is OK, as long as it pastiches a bygone era of kitsch female subjugation; as long as it’s retro. These bizarre double standards are only serving to blur the lines (sorry…) between sexism and chicness.

Now that Charney is out of the picture, we may feel slightly cosier in our American Apparel hoodies. But, we mustn’t forget all of the times we ignored the women who spoke out against sexist men in the fashion industry. Admittedly, ethical shopping is increasingly difficult. High street clothing chains, in particular, are rarely out of the spotlight for everything from the use of child labour to sexist ad campaigns. If we were to boycott every brand that comes under fire for generalised nastiness, we’d be left with few affordable options. What we can do though is be wary of the culture of misogyny creeping into our notion of cool. If it looks sexist, it probably is.