Sunday was difficult. Sundays often are. This one was worse than usual, for some reason. The loneliness seemed even harder to bear than the Sundays before. As a little cry for help, a bleat in the wilderness, I put up, on a social media platform, a quote from Pascal. “The eternal silence of these infinite spaces terrifies me” – and then I wondered whether, instead of the silences before birth and after death that he was really thinking about, he could have been contemplating a bleak Sunday afternoon.

The problem was that people assumed I was being funny. And that is not an unreasonable assumption: I have been known to crack a joke or two. But when you are clinging on to your will to live by your fingertips, the last thing you want to see is a laugh emoji, so I added: “Anyone who thinks I’m being funny can f*** off.” And the problem with that was that people then thought I was being even funnier.

[See also: It is just as my resources run dry that direct debits make a direct line for me]

The mistake, of course, was to use a social medium for such a purpose. One has to be unambiguous in these circumstances and say – I’ve seen this a couple of times – something along the lines of “HELP I AM GOING TO KILL MYSELF” in such a way as to leave no doubt. And I’ll never say that; I’m not going to because it makes everyone else miserable, I know how it affects families unto generations, I am squeamish (see Dorothy Parker’s little poem, “Résumé”, which ends with the words “You might as well live”), and because I have always liked EM Cioran’s line about suicide being pointless because by the time you do it, it’s already too late. Also, this is the only show in town and even though it’s getting a very low rating on Rotten Tomatoes from me right now I’d rather not walk out before the end. Although one friend did invite me to a jazz festival at the end of Brighton Pier, to which I could only reply that if there had been jazz I would have hurled myself into the sea. 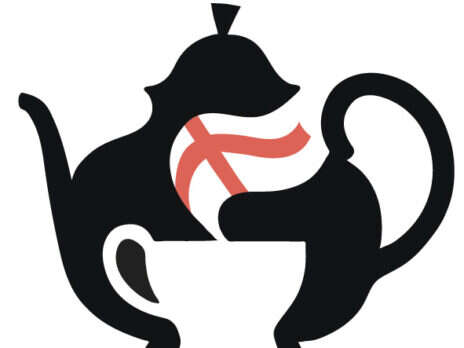 Most of the time I am fairly chipper, but every so often it all comes crashing down on you, like the crockery in a poorly organised kitchen closet. You think, in retrospect, “Maybe I should have stacked those plates a little better,” but this is very much a background thought as they cascade down. I was reminded of the quote from JP Donleavy’s The Ginger Man: “But Jesus, when you don’t have any money, the problem is food. When you have money, it’s sex. When you have both it’s health, you worry about getting rupture or something. If everything is simply jake then you’re frightened of death.” This is fine as it goes, but I think it’s perfectly possible to worry about all these things at once.

I suppose what set me off was a combination of various things: the weather – we are in gale season here, and my room in the Hove-l is very much an eyrie, or the crow’s nest on a ship. I watch the white caps on the waves far away and the trees threshing much nearer; and I am, in a metaphor that seems so apt you might be forgiven for thinking I’d made it up, sitting in front of a draughty window. Even when it’s shut, the curtains still move when the wind is up.

[See also: As Trussonomics looms, when will I be able to afford to eat eggs Benedict again?]

A random algorithm presented me with the Cure’s 1987 hit “Just Like Heaven” and I thought, “What an absolutely perfect pop song,” until I got to the lyric “And found myself alone, alone/Alone above a raging sea”, and down came the crockery. God, 1987. That was the year I met the mother of my children, and look how that turned out (although it could have been much worse). At the time I don’t remember getting turned into a puddle by a Cure song; I thought that ship had sailed once I’d passed my teenage years, but no.

Once I had explained publicly that I was not being whimsical when I quoted Pascal, messages of support and sympathy, and in some cases apology, came crowding in, which was very welcome. It reminded me that I do at least have a lot of friends, many of whom are good and kind enough to offer useful help, and there were offers to stay from some of them; most of them, for some reason, from Scotland. “Get your miserable arse up here,” said one, and I liked that.

Whether I can afford to go is another matter. I have not yet seen how much my fuel bill is going to increase by. In an attempt to cheer myself up, I ran a bath for the first time in at least a month, with bubbles of course, and I dunked my head in order to wash what is left of my hair and the water entered my ears and now I am deaf again and I really don’t want to go through all that once more.

Still, every cloud, eh? I might have turned into a hermit who has abandoned all hope of re-entering civilised society – really, you should see the state of my underclothes, or rather, you shouldn’t (and I don’t worry about this much because no one ever will) – but at least with these clogged ears I don’t have to worry about unwisely clicking on a song from my youth and being unmanned by it. Eternal silence. Getting used to it.

This article appears in the 12 Oct 2022 issue of the New Statesman, Will Putin go Nuclear?