America’s spies, satellites, agents, intelligence analysts and listening stations are the most sophisticated global information-gathering operation ever seen and they cost the country roughly $80bn a year (about the same as the federal education budget). Their output shapes the deployments of the world’s top military and forms a major pillar of our global alliances. The quality and depth of this output – expressed in the leather-bound President’s Daily Brief (PDB) available to the commander-in-chief every morning – is one of the things that makes the US presidency the most powerful office in the world. Information is power, after all.

It should worry not just Americans but also their international allies that Donald Trump’s relationship with US intelligence agencies is bad and getting worse. Multiple accounts from within the White House report that Trump does not read the PDB, cannot concentrate during oral briefings and routinely scorns the agencies’ findings (his briefings early this year contained multiple warnings about the coronavirus pandemic now ravaging the US). He has clashed with officials over matters ranging from Iran to North Korea. On one occasion, in 2018, he even tweeted to suggest that Congress should not renew the Fisa Act, which provides the legal basis for foreign intelligence gathering.

This should not come as a surprise. Trump judges facts not by their truthfulness but by their convenient consistency with whatever he happens to believe at a particular moment. “He’s unwilling to grapple with facts and with information that doesn’t necessarily comport with his world-view, ideology, and priorities,” says Ned Price, a former CIA analyst and intelligence official. The tension between what the president wants and what the intelligence agencies want and provide has undermined their relationship. “I think it is getting worse,” despairs Brett Bruen, a former White House official.

That is the product of three main shifts over time. First, Trump resents intelligence officials for contradicting him. “Initially Trump was still adjusting… [but now] he feels like he’s been burned by the career diplomats and intelligence officers,” Bruen tells me. “He’s now got this grudge that he feels he’s carrying around.” That particularly pertains to the matter of Russian interference in the 2016 presidential election. 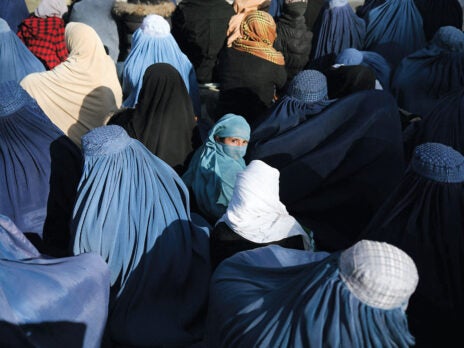 Afghanistan after the fall

Second, Trump has been exposed as ignoring, neglecting or misunderstanding the intelligence presented to him. “A lot that he has tried to keep under wraps is starting to catch up with [him],” Price says. The coronavirus briefings are one example. Another is the revelation that US intelligence agencies concluded early this year that Russia had offered the Taliban cash rewards for killing US troops. Trump claims he was not told about this so-called bounty programme, a claim that intelligence experts have deemed highly doubtful.

Third, Trump has tried to reshape US intelligence according to his own preferences. In February he fired Joseph Maguire, his acting director of national intelligence, over a report predicting further Russian interference in this year’s election. He replaced him first with Ric Grenell, a loyalist with little defence experience, before giving the permanent post in May to John Ratcliffe, a Texas congressman who overstated his professional accomplishments when his name was first floated for the job. The post is meant to be held either by an active military officer or a career intelligence official.

Spies, officials and outside experts shudder at the thought of what a second Trump term would mean for US intelligence. “I think we’re going to see an expansion of what was already under way in this term,” says Bruen. “The transformation of our intelligence, our diplomatic agencies into essentially extensions of opposition research and press shops.” Andrea-Kendall Taylor, a director at the Center for a New American Security, agrees: “Four more years will see at least a continuation in the degradation of the foreign policy and national security apparatus.”

That politicisation of intelligence – the subordination of facts accumulated for their real-world relevance to the sort of “facts” that suit the president – would doubtless have knock-on effects. The leadership of the agencies will deteriorate as career professionals are replaced by cronies. It might well become harder for the agencies to attract new high-calibre professionals; those interested in gathering facts and not “facts”.

That so much intelligence is gathered but not effectively used might call into question the multi-billion-dollar funding of the National Intelligence Program, which does not include military intelligence. Further degradation and abuse of the services that it covers will raise the question of whether that is money well spent.

Finally, there are the US’s international intelligence relationships. To what extent will allies continue to trust intelligence emanating from these agencies? And will they continue to share intelligence that they suspect Trump does not want to hear, or might misuse? Would, say, the British government really pass on information about Russian electoral interference that could cost, not gain, London diplomatic capital in the White House?

All of these would be disastrous for the US. But that will not bother Trump. If he wins again in November he will do so by having largely ignored intelligence briefings and expertise for four years and been rewarded, in a sense, with re-election. And so he will proceed into his second term feeling vindicated and validated, and even more set on the “facts” he prefers rather than those painstakingly gathered by the professionals whose expertise he values so little.