With varying degrees of subtlelty, organisations are making visual statements this week about Russia’s stance on LGBT rights. At one end of the spectrum we have today’s Google Doodle: a tasteful rainbow pastiche of some of the sports in play: 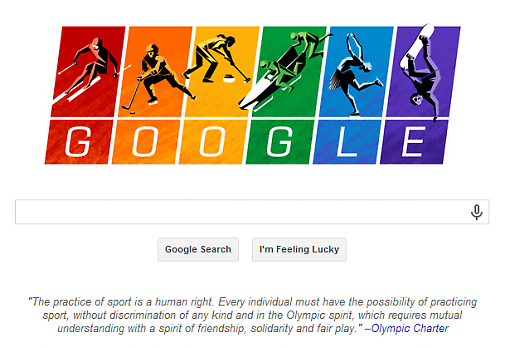 And at the other end: Channel 4 has literally rebranded into a big gay mountain. This trailer for Sochi features a singing bear of a man, and some outright guy-on-guy snogging. This mole approves, and wishes he was on his way to Sochi if this is what the nightlife is really like.