When Michael Gove was appointed the secretary of state for levelling up last year, it was taken as a sign that Boris Johnson was serious about making good on his promises to address regional inequality. Gove’s reputation as a shrewd and energetic reformer signalled that the government was keen to add real substance to the levelling-up rhetoric.

Less than a year into his tenure, Michael Gove has now been sacked for disloyalty to the Prime Minister.

His replacement in the Department for Levelling Up, Housing and Communities (DLUHC), Greg Clark, will be without three of his junior colleagues, including the minister described as the intellectual powerhouse behind levelling up, Neil O’Brien, who on Tuesday joined the flurry of MPs on the government payroll declaring they had no confidence in the PM’s leadership.

Clark’s position as head of DLUHC may be short-lived given that Johnson has now resigned as party leader to trigger a Conservative leadership contest. The Tunbridge Wells MP isn’t a natural Johnsonite. He backed Remain in the referendum and briefly had the Conservative whip removed for attempting to block the threat of a no-deal Brexit. Clark served in the governments of both David Cameron and Theresa May, two administrations that Johnson sought to distance himself from. He was a junior minister in the Treasury of George Osborne before becoming secretary of state at the Department for Communities and Local Government, a ministry since renamed with the new levelling-up moniker. Following news of his appointment and entering his second stint at the department, Clark tweeted that he had a “duty to ensure that the country has a functioning government in the weeks ahead”. 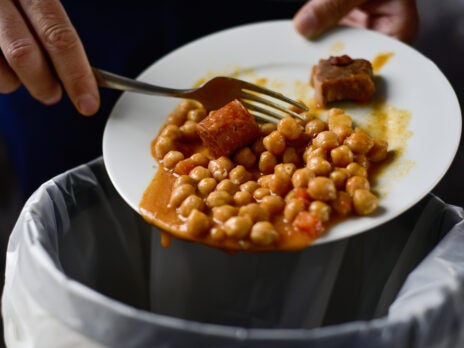 “I think there’s a bigger question about levelling up,” says Sarah Longlands, director of the Centre for Local Economic Strategies think tank, “because it’s so associated with Johnson. Some of the ministers, like O’Brien, were certainly really committed to the project, and so were some of the people he was working with, building a civil service machinery with people like [former Bank of England chief economist] Andy Haldane. Are they going to continue to be involved? Is Greg Clark going to be interested in listening to them?”

Clark’s previous record is mixed. Serving as financial secretary to the Treasury at the height of austerity, he was a clear advocate of Osbornomics. But serving as business secretary he drew up the 2017 Industrial Strategy, breaking a Tory taboo on planning and intervention that had held for 40 years. In his first stint at the Department for Communities he negotiated devolution deals and served as minister for decentralisation. But his economic preference was for city-led growth based on creating dynamic urban economies that would rival London through agglomeration – a departure from the levelling-up approach that puts more emphasis on towns, smaller cities and non-metropolitan Britain.

As Johnson’s time in No 10 reaches its dramatic finale, the future of levelling up itself hangs in the balance. Beginning as a typically nebulous Johnsonian sound bite, the programme was called “vacuous” by Dominic Cummings, and criticised as “a slogan in search of a policy” by parliament’s business committee. The publication of the much-delayed Levelling Up white paper in February added some flesh to the bones of the idea. But over its 300 pages, despite correctly diagnosing some of the worst regional inequalities in the OECD and criticising the UK’s over-centralised governance model, the solutions it proposed were lacking.

Twelve hugely ambitious “missions”, which included narrowing the country’s yawning productivity gaps and massive chasms in healthy life expectancy, were presented without any clear framework of how to achieve them. Perhaps due to constraints imposed by the former chancellor, Rishi Sunak, it was not the comprehensive or “Rooseveltian” approach promised by Johnson some months before.

It remains to be seen how the upcoming Conservative leadership contest will affect the party’s narratives. The survival of the new Conservative voter coalition, with key seats in the former Labour Red Wall stronghold, may depend on keeping regional investment at the forefront of its messaging. But many of the likely candidates have carefully cultivated reputations as fiscal conservatives and free marketeers, keen for a return to the principles of limited government and spending restraint that were jettisoned by Johnson. In appealing to the Conservative selectorate, many will try and distance themselves from the more muscular interventionism and high-tax/high-spend approach of recent years, moving towards a laissez-faire liberalism that is unlikely to seriously ameliorate the UK’s regional inequalities. Some potential candidates, including the head of the Northern Research Group, Jake Berry, have advocated for fiscal devolution and differential tax rates set locally. If he is to announce his leadership run formally, he will surely come to be understood as the levelling-up continuity candidate.

“My instinct is that a new leader coming in will probably want to distance themselves from Johnson’s premiership,” says Longlands, “and moving away from levelling up might be a way to do that”. Whether Clark’s second time at the department outlasts Johnson or not, levelling up is likely to be adapted according to new political realities and the policy preferences of any new leader. Like Northern Powerhouse, Northern Way and many more before them, it wouldn’t be the first much-lauded regional development plan to have fallen by SW1’s wayside.

Meanwhile, says Zoë Billingham, director of the IPPR North think tank, “the UK’s deep regional divides are growing and people and places are being failed”. Despite the efforts of numerous Downing Street residents to address the issue, the over-concentration of wealth and power in London and the south-east continues, and the electoral salience of geographical divides are as strong as ever. The way to break this cycle of churn and repeat, says Billingham, would be to “devolve real power and resources to regions like the north, so that progress in communities can’t be delayed or halted because of political chaos in Westminster”.