North Shropshire is not Chesham and Amersham. It’s not Richmond Park. It’s not even Witney. It voted Leave, boasts few graduates, and has rising levels of rural deprivation.

That hasn’t, however, stopped the Liberal Democrats from going all out to win today’s by-election, bussing in campaigners from as far as Cornwall to deliver – in their words – a ringing and resignation-inducing blow to Boris Johnson. The bullishness of their online activists has made the betting markets pause for thought.

Historically speaking, the Lib Dems have form for achieving sizeable by-election swings. The minimum needed to turn North Shropshire orange (or is it yellow?) would be 26.4 points. There are six instances in history where the Lib Dems have pulled off bigger upsets than that (see graph). 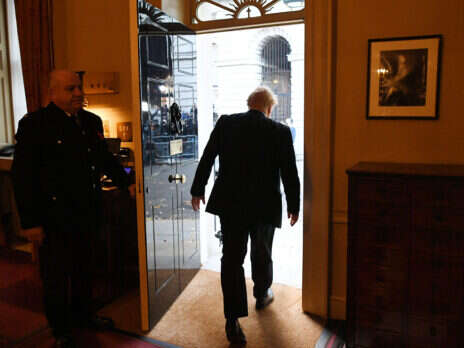 Boris Johnson is once again shown the door

It’d be foolish to rule out a Lib Dem gain. They polled respectably in the local elections in North Shropshire back in May (as, it should be said, did the Greens and Labour). But, curiously, Tory activists are anxious rather than despairing.

Sebastian Payne of the Financial Times records senior Conservatives bracing for a defeat, though one MP believes the Tories will “just take it”.

A seasoned Lib Dem activist offers a similar view, telling me that the result will come down to turnout.

“It’ll be down to whether people who usually vote Tory are too apathetic to vote this time. The Labour vote here is more stubborn than in Chesham and Amersham. It’s going to be very close.”

In an interview with Michael Crick for Mail+, Lib Dem MP Tim Farron suggested the winning margin for either side could be as slim as 500 votes (were turnout to fall as low as in the recent Old Bexley and Sidcup by-election, that would represent a majority of just two points).

Labour’s campaign in North Shropshire has been more significant than some were expecting – or rather, hoping. Lib Dem campaigners have commented regularly to me on their incredulity at Labour making an effort in the seat. When one discovered that Labour was bussing in activists from the north one weekend, he exclaimed: “Why do Labour want to stop us?”

One Labour source from the party’s data team suggested its vote had been holding up better than expected. While conceding that Labour’s canvassing efforts in countryside seats had been often abysmal, the local party’s officials made a decision to not roll over for the Lib Dems. Better-than-expected canvassing figures in the townships have convinced Labour that its candidate Ben Wood will not lose his deposit in North Shropshire. “Far from it,” a source said.

How much of an impact this has on the result is yet to be seen, but my take is this: North Shropshire is not “Blue Wall” territory, at least not in the traditional sense of the term. The identities of the 2016 referendum still, in my view, hold sway among many. The constituency voted by almost three to two to Leave and, demographically, is not particularly affluent. Nor does it have many students or graduates.

On paper, therefore, this shouldn’t be a Lib Dem target. Labour’s vote held up in Old Bexley and Sidcup and I’m inclined to suggest we might see a similar pattern in North Shropshire, splitting the “progressive” vote and allowing the Conservatives to hold on. The poor results for the Lib Dems in Cornwall and Devon in the local elections this May showed, to my mind, a party still struggling to reclaim the ground lost following both the coalition years and, more importantly, the EU referendum.

But the intoxicating atmosphere that surrounds this by-election could move minds in curious ways. London-based journalists who have braved the march northwards have commented on voters spontaneously citing the No 10 Christmas party and a spate of sleaze stories when asked about the race. In view of this, voters may back the party that they believe will deliver the Tories the biggest blow.

But in North Shropshire is that Labour? Or is it the Lib Dems? Let’s find out.

[See also: How worried should Boris Johnson be about Labour’s poll leads?]

Newsletters from the New Statesman View all newsletters
Subscribe for the best of our politics, international affairs, culture and business coverage, straight to your inbox
THANK YOU
Topics in this article: By-election, North Shropshire