When a seven-year-old girl was dropped off at a school holiday scheme with no packed lunch, her mother was called. There was no money for food, she explained, but she promised to do what she could.

Carol Richards, a community worker, recalls that when the mother brought in a lunch, which she’d borrowed money to buy, she said she was facing eviction. “And she had a nine-month-old and an 18-month-old in tow as well.”

This kind of struggle is something Richards sees a lot of at the Dovecote Centre, an afterschool club and play scheme for children aged four to 12.

“It’s been horrendous,” she says. “We had one child we had to de-louse. She had months and months of [having] lice in her hair… If you’ve got no money to even buy food, how have you got that to treat for head lice?”

For some, this is the reality of life in modern-day Oxford. 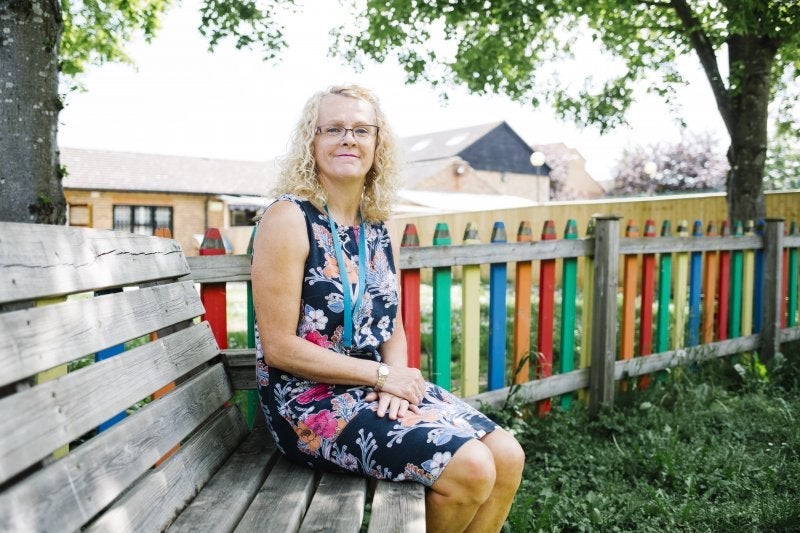 Wide-scale poverty doesn’t fit with most people’s view of Oxford, a city with one of the highest average salaries in the UK and a world-renowned university that has £6.1bn in total funds and endowments as of 2018. But living just a few miles from the wealthy colleges are those who find it hard to get by every day, and have radically different health prospects.

Poor people die younger than rich people across England and Wales. The difference in life expectancy between men living in the most and least deprived areas of England was nine and a half years from 2015-17; for women it was seven and a half years.

In Oxford life expectancy for both men and women is higher than the national average. However, inequality between its poorest and most affluent areas is stark. Men in Northfield Brook, one of the poorest wards in Oxford, die on average at 75 — that’s 15 years younger than their counterparts living in North ward, one of Oxford’s most affluent areas. The gap recorded between 2011-2015 was almost four times wider than it was between 2003-2007 and there are no signs it is set to improve. 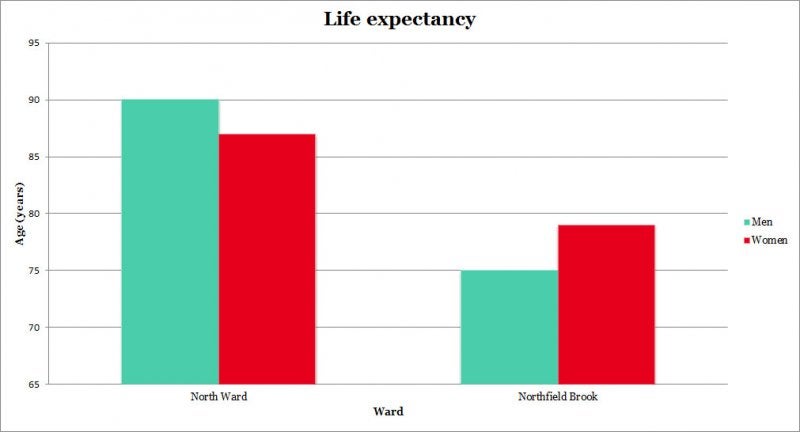 The doctors ask the wrong question

Joe Richards lives on the boundary between Northfield Brook and Blackbird Leys, a large estate in the southeast of Oxford. Like many on the estate, he spent most of his working life — 40 years — at the nearby Cowley car plant, much of it as a crane operator. The proportion of Northfield Brook workers in white collar jobs is just 28 per cent, compared to 78 per cent in the wealthier North ward.

Now in his 70s, Richards has several health problems and cannot walk unaided. Staying on top of his regime of pills, painkillers and ointment for open sores is a full-time job.

Whenever he sees a doctor, Richards says, the first thing they ask is if he used to smoke. “And I say you are asking the wrong question — why didn’t you ask me about the environment I worked in for 40 years? Those overhead cranes, and all the welding down below. All of that used to go up to the ceiling.” 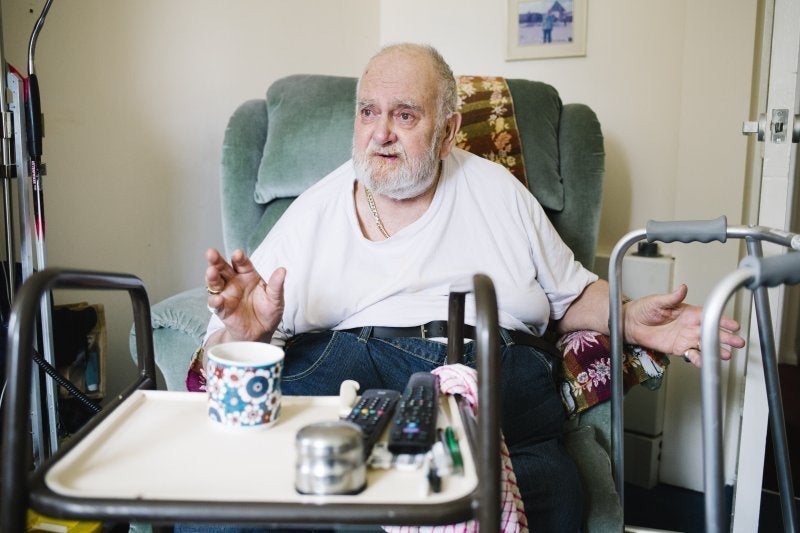 It’s hard for him to get to the kitchen and cook using his walking frame, leaving him living on a diet of Weetabix, tinned soup, boiled eggs and ready meals.

He is heavily reliant on carers. The modest savings he built up while working mean he has to pay his own care bills. He was assessed as needing 14 hours care a week but at almost £20 an hour, he’s found it unaffordable.  “I’ve had to reduce the amount of care to five hours a week because I couldn’t afford more. My savings are going down,” he says.

“It’s very difficult at the weekends when I do my own cooking … I’m scared I’m going to get unbalanced and put my arm on the electric stove.”

Tony Richardson tells a similar story. He worked at the factory for 34 years and believes the working conditions there affected employees’ life expectancy. “They kept changing the shifts, that was the key thing.” He described those who managed whole careers on the factory floor as “the survivors”, adding: “It took everything out of you, physically.”

Richards’ diet of tinned food and ready meals is not atypical for people in Northfield Brook.

Before her retirement Halina Simm spent decades working as a community children’s nurse and health visitor in Oxford, covering some of the city’s poorest areas. She also volunteers at the local emergency food bank.

The food bank ran out of tinned rice pudding a few months ago, which she suspects is because it was being used as breakfast as well as supper. “You have got to have electricity, you have got to have the wherewithal to be able to cook it, you have to have the energy to think about a decent menu that is going to keep your children from being hungry,” Simm says.

“There are fewer shops with fresh fruit and vegetables,” she adds. “And sometimes families struggle to think about meals that are nutritionally satisfactory, so they will go for fast food and easy food to eat.”

Dr Dougal Hargreaves, the clinical advisor for the State of Child Health 2017 study by the Royal College of Paediatrics and Child Health, says obesity has a huge impact on life expectancy, raising the risks of disability, poor mobility, heart attacks, stroke, cancer and mental health problems.

Northfield Brook residents are also more likely to need emergency care. The prevalence of serious respiratory problems is three times higher in Northfield Brook, but the rate of emergency hospital admission for these conditions is five times higher. The statistics for stroke and heart disease tell a similar story.

It’s not just physical. Living in poverty raises the risk of developing mental health problems such as depression, stress and anxiety, which can cut life expectancy by as much as 20 years, according to research.

At Leys Health Centre doctors report rates of depression that are 74 per cent higher than those recorded by the Observatory Medical Practice. 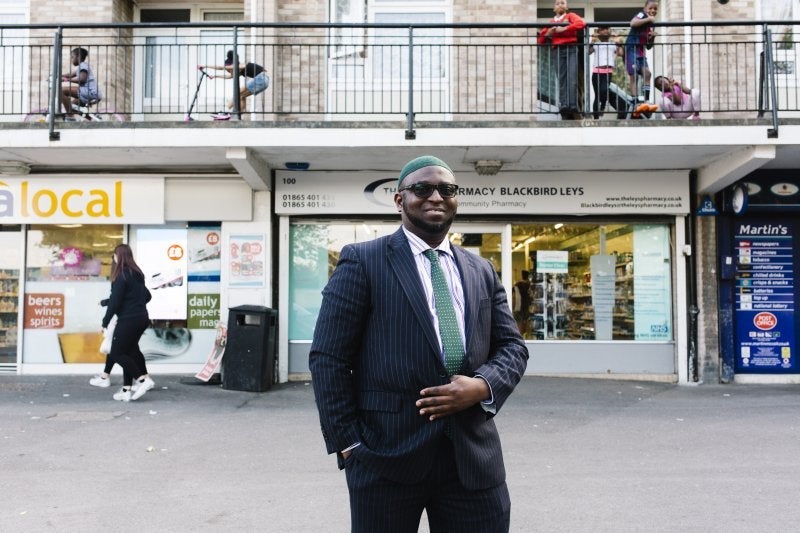 Taofik Shodunke, a pharmacist, has worked in Northfield Brook and Blackbird Leys for 16 years. Medication for depression is the third-most common prescription he fills, after diabetes and heart disease. He describes it as a huge problem on the estates.

“The trajectory of your life”

The divide between rich and poor can start early, Dougal Hargreaves says: “Once you are born, the house you go back to has an ongoing effect on your life chances. If you are living in a house where someone smokes, if it is damp or overcrowded, with parents who have mental health problems, then that affects all sorts of things.

“It can affect your health, whether you get the right vaccinations, whether you get developmental checks and how much you go to hospital. But also it has a huge effect on cognitive development, which affects whether you are ready for school, how well you do in exams. The trajectory that you go on to in life.”

Steve Harrod, a Conservative county councillor, recognises the issue, but says the council is constrained in what it can provide: “We are acutely aware of the growing problems with child poverty and poverty in general,” he says. “We’re in the process of redesigning the way our services are delivered but it’s going to take time. There’s no quick fix.” 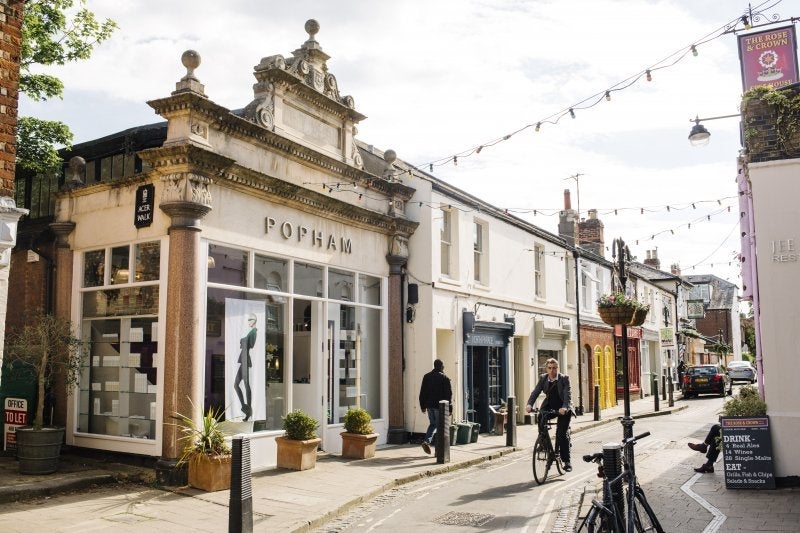 Looking back on the two decades that the Dovecote Centre has been running is bittersweet for Carol Richards. Despite being shortlisted for an award, fundraising is difficult and some of Dovecote’s programmes have been cut.

“We had one mum last year who told us her child had never eaten fruit until they came to the Dovecote,” she says. “We have a lot of good parents on this estate but they are just so poor they can’t give their children access to things that we can.”

Ultimately she blames government cuts, and she has little hope for any improvement soon. “It’s definitely going to get worse … If you ask all the other organisations that are on the ground here working with people, they’ll tell you the exact same.”