There’s a sign hanging on the wall of a spent-looking French Communist Party (PCF) constituency office: “Their smiles only trick those who are fooled by appearances,” it says.

500 meters away, outside the Town Hall in Hénin-Beaumont – an old industrial mining district – Steeve Briois is all smiles. After 18 years of campaigning for the far-right Front National (FN) the city is under his control. In the end all he needed was a single round of voting.

Across France, the FN has been gaining ground. March’s local elections were the most successful in the party’s 42-year history with just under 1,500 local councillors and 11 new towns won in the rust-belts of the north and south. Results from last week’s European elections confirm what so many had dreaded: that the FN, a party untouchable only a few years ago, is now a major force in French politics.

In the national press, Hénin-Beaumont has become a symbol for this success. Here, as in many places, former communist voters have shifted to the far-right, swayed by an interest in local grievances they believe to be honest, and a populist anti-capitalism that appeals to their intellectual roots.

“The mayor has been using the exact same speeches as the far-left syndicalist movement,” says Octave Nitkowski, a local blogger studying in Paris. ”It’s working because the socialist and communist parties are completely rotten.” 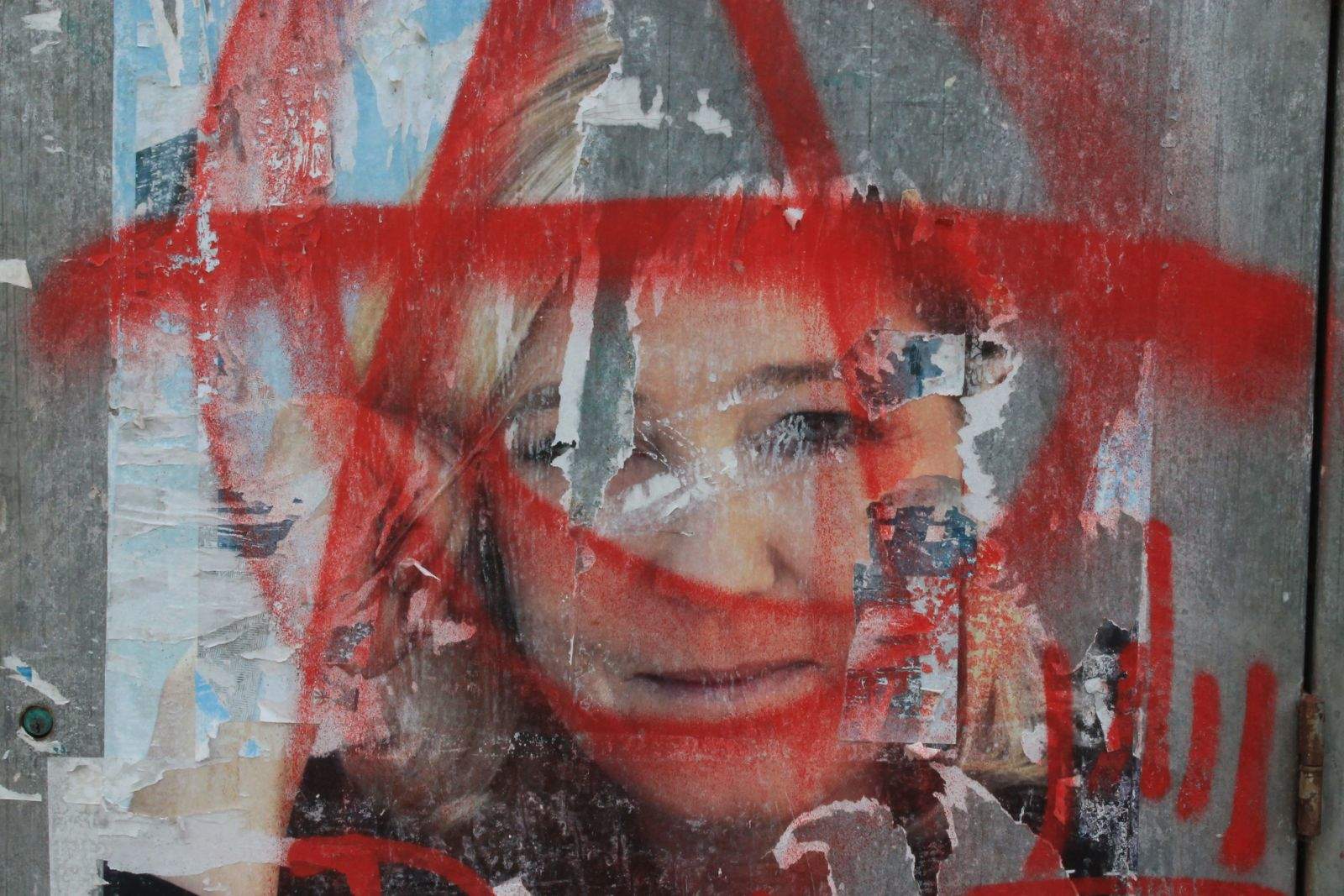 Towards the rural end of Hénin-Beaumont a factory once belonging to the baggage company Samsonite is stripped bare, half-collapsing. Dulled splats of color from paintball guns pepper the walls. The local kids have found a playground in capitalism’s ruins. 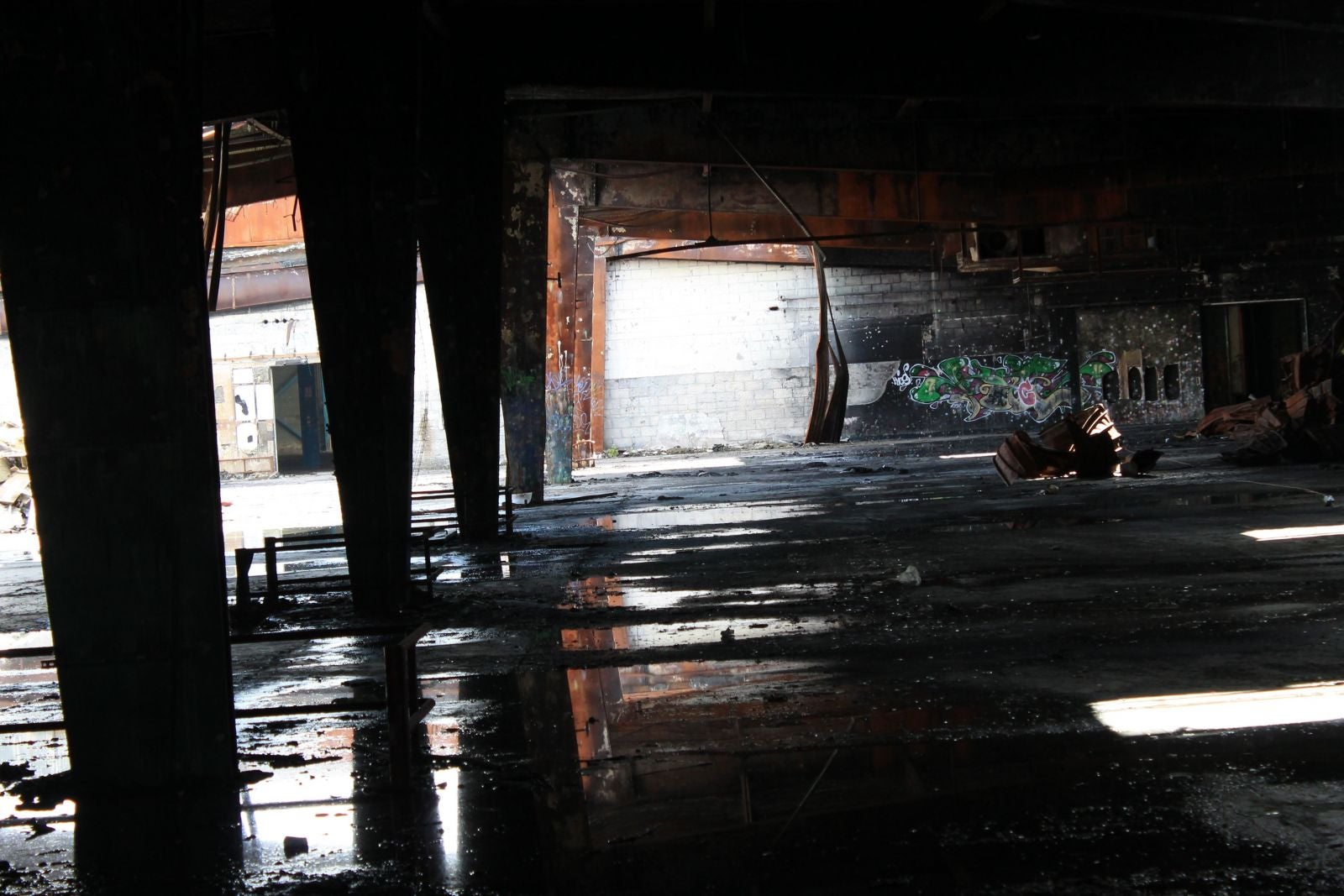 They weren’t the first. In 2005 the facility was owned by Mitt Romney’s private equity vehicle, Bain Capital. The group sold it off for one euro to a company that promised to make solar panels but drove it into bankruptcy. According to the workers, Bain engineered the entire situation: relinquishing unwanted production without paying their staff the redundancy they were due.

It’s a story that captures the bitterness of a town where 18 per cent are now unemployed and few believe in the centre-right (UNP) or centre-left (PS) as a realistic solution.

“The politicians have completely abandoned our area,” says Benichau Fahim, 39, the son of an Algerian immigrant. “There are no passionate individuals anymore.”

This is what Steeve Briois has promised to reverse. Throughout the campaign he was visible, at the market twice a week, listening to the locals, shaking hands. Making compromises, even. Outside the Flemish-Gothic town hall he now runs, a European Union flag sits uneasily next to the tri-colour after a protest from local activists.

“I don’t like the term ‘ideology’,” he tells us. “I find it pejorative. Our programme was based on budgetary matters, local taxes, crime and punishment. We talked about the local swimming pool, the football pitch, cultural issues, public servant pay.”

Race, immigration and the “contradictions” of Muslim settlement are curiously absent from this discourse. But after only a month in office Briois’s image as a pragmatic town manager has been dented by ordering the eviction of a local branch of the Human Rights League, a group that has fought anti-Semitism and racism since the Dreyfus Affair. Intimidating messages from the FN have also been sent to the town’s church according to Nitkowski, after its priest, Jean-Marie Lokhay, described the views of the FN as incompatible with Catholicism.

The locals don’t seem to be affected, however. The image the FN wants to project: of trustworthy, practical town mangers, of politicians that get things done, seems to be working.

“Perhaps they are hypocrites but nothing has changed for us,” says a Turkish man, who owns a restaurant just next to the town hall. “Even Marine Le Pen has walked by and shaken our hands.” 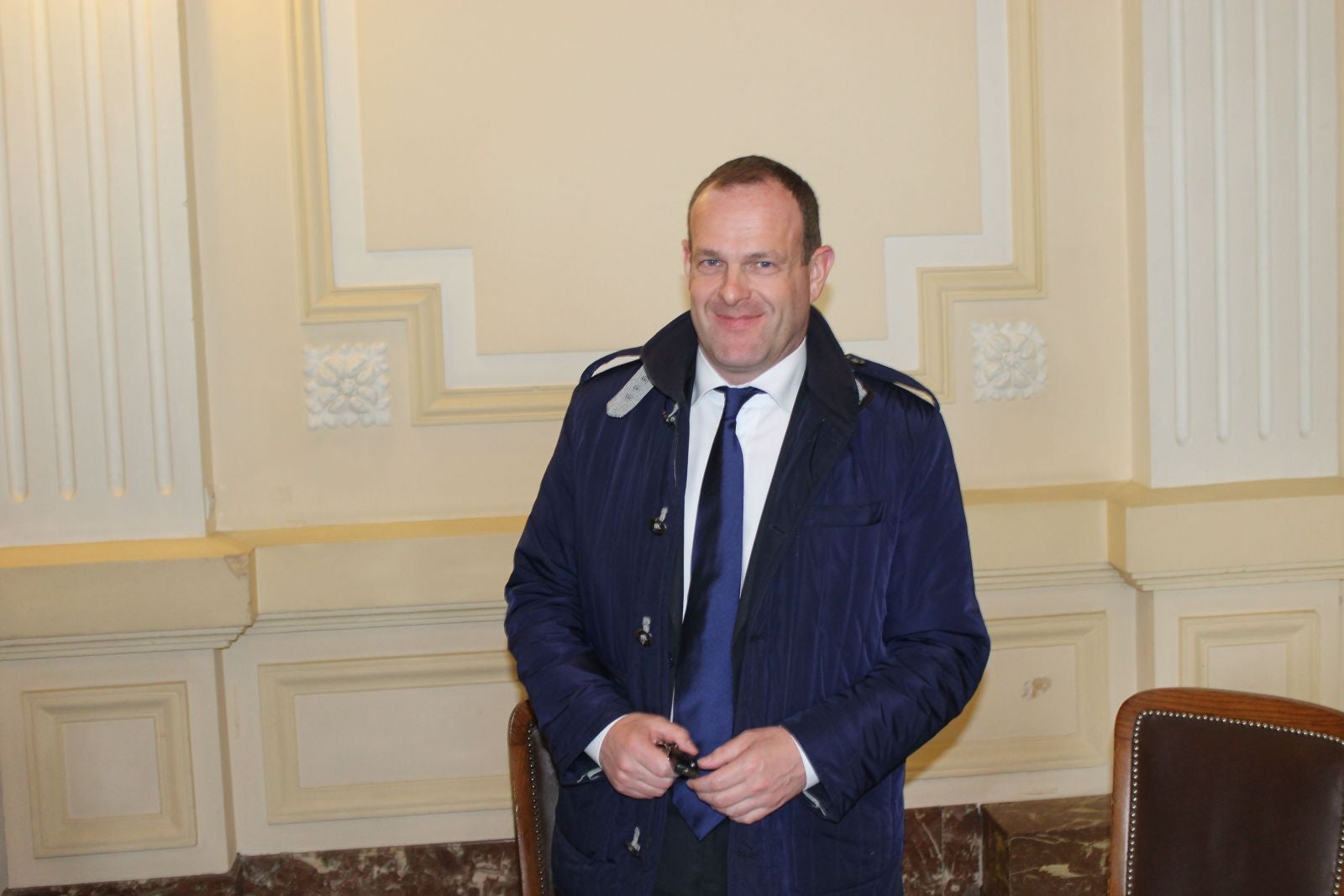 If Hénin-Beaumont provides ammunition to claims that the FN has detoxified – elsewhere things are different. In Mantes-La-Ville – a small industrial suburb of Paris – the evidence of more traditional FN dogma is everywhere. Here, a generation nostalgic for a period of post-war growth it calls the Trente Glorieuses, the “thirty glorious years”, has grown bitter.

“Materially poor people are blaming their poverty on other people,” says Frederick Aumonier in his well-kept apartment in the middle of town. “They are motivated by jealousy and fear – claiming the foreigners are stealing from the nation’s riches.”

Frederick is 55 and has lived in Mantes-La-Ville his entire life working as a plumber, a cab driver and now, like his father, in a local factory. He is unaffected by the town’s hostility towards immigrants but his wife, Dada, a 28 year old Senegalese immigrant, is not.

“I was using the phone quietly on the train to Paris when a woman asked me to be quiet. When I told her she was being impolite she said. ‘Let’s see what happens in the elections.’ She was implying that I will be going back.”

According to the party and political commentators, Marine Le Pen has softened the FN, turning it from a group of collaborationists and revolutionary nationalists into an anti-racist, even liberal, party. But in Mantes-La-Ville, where a third of the population is Muslim, the same old racism is seeping through.

“We are not comfortable,” says Azzedine a 54-year-old practicing Muslim who has lived in France his whole life. “Islam has existed for centuries, we are for freedom and peace for everyone. What is happening is unjust.”

Azzedine is standing outside a ramshackle local mosque, too small for the community it is trying to serve. The walls are peeling and the roof is propped up by makeshift corrugated plastic.

Under plans ratified by the last mayor the mosque will be torn down and replaced by a parking lot. Blueprints for a much larger place of worship, adapted from a regional treasury building, had been accepted by the previous administration. But Cyril Nauth, the new FN Mayor, has now refused them. Once the present council-owned building comes down, the local Muslim community will have no place of communal worship.

“Things have changed a lot,” say Abdelaziz El Jaouhari, the mosque’s president, just after afternoon prayers. “Tensions are rising very seriously. We received several letters from FN militants with insults and threats. They put pork in the letterbox and said the mayor should cleanse the city of the Muslim race. The FN wants to normalise themselves as a republican party. But the ideologies of the FN militants haven’t changed at all.” 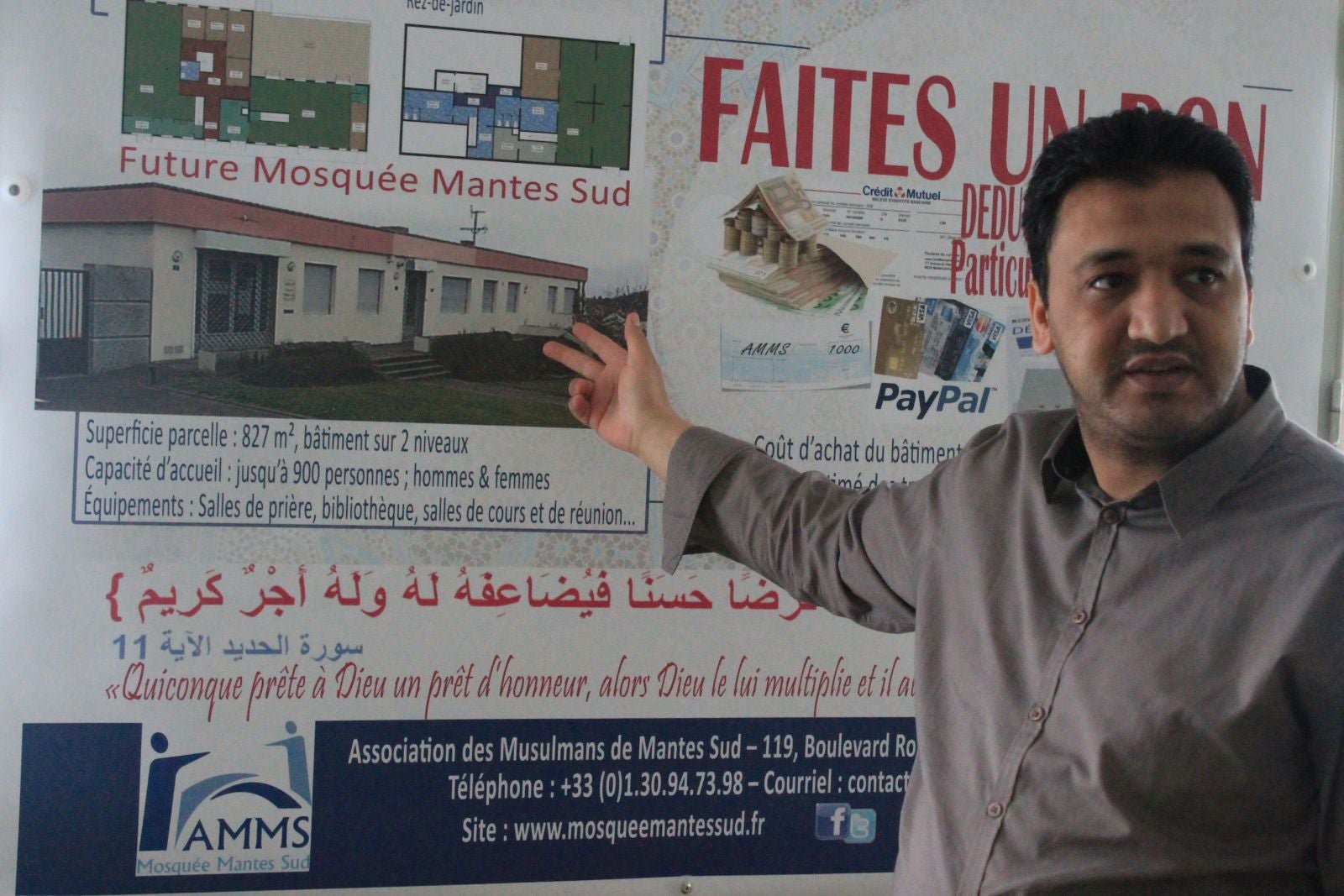 A giant concrete viaduct soars above the centre of Hayange, a once-successful steel town in the Val de Fensch. Cars fly past but few stop. Deep in the district of Lorraine, this is so-called “invisible France”; unemployment is high, industry has collapsed and confidence in politics has vanished.

In 2013 the town was struck by the closure of a huge blast furnace factory in neighboring Florange, the final straw in a long, slow process of economic and cultural decline. Hollande had promised to save the factory owned by ArcelorMittal after an exhausting industrial struggle but his words proved empty. 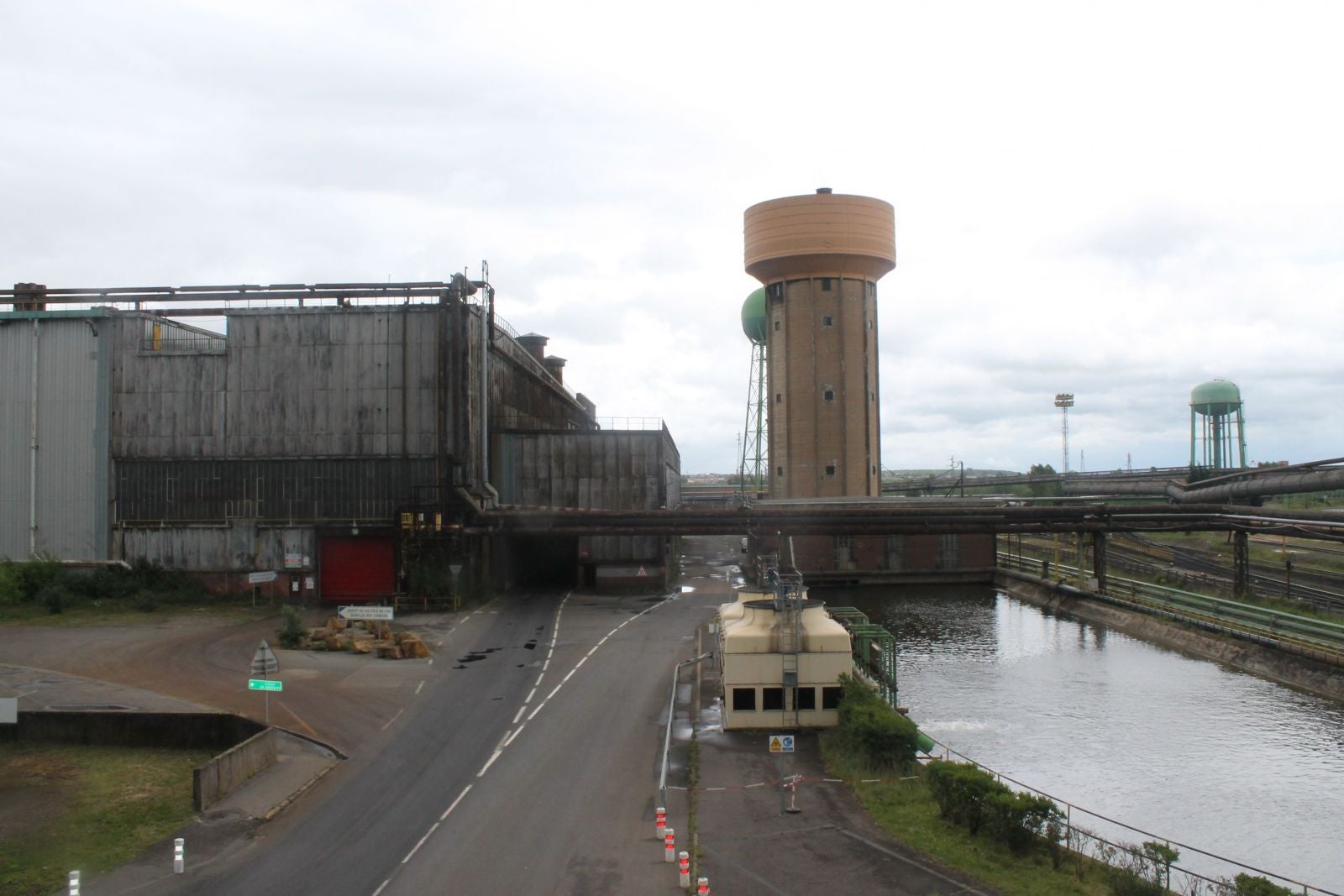 Only last year the town’s new mayor, Fabien Engelmann, was a CGT union activist and member of the leftwing New Anticapitalist Party (NPA). Now he spends his days critiquing “Mohammadean ideology” and clamping down on the ‘entitlements’ of immigrants. His words are rubbing off.

“Hayange used to be a very rich, lively town,” says Pascal, 68 in a local boulangerie. “Now it has become a cemetery. And where there is poverty the crows always come. I don’t understand why we give people from abroad help when the people here get nothing.”

Across the road at Le Bar Central, Daniel, a garbage collector, is drinking an espresso. His mother and father are Algerian but he was born in Hayange.

“It is making me sick at the heart,” he says quietly. “They want to get rid of the mosque, they are saying that there are too many halal butchers. The Mayor is blaming decline on foreigners; he wants to give priority to the French people.”

His fears are more than justified. Engelmann promised a “Pork Fest” in Hayange if he came to power. Now, should he have his way, the sons and daughters of practicing Muslims like Daniel will be unable to eat non-pork meals in their own schools.

“If it happens I will move away from the town,” Daniel says visibly moved. “For my children’s sake.” As we finish speaking he turns towards the toilets, tears forming in his eyes. 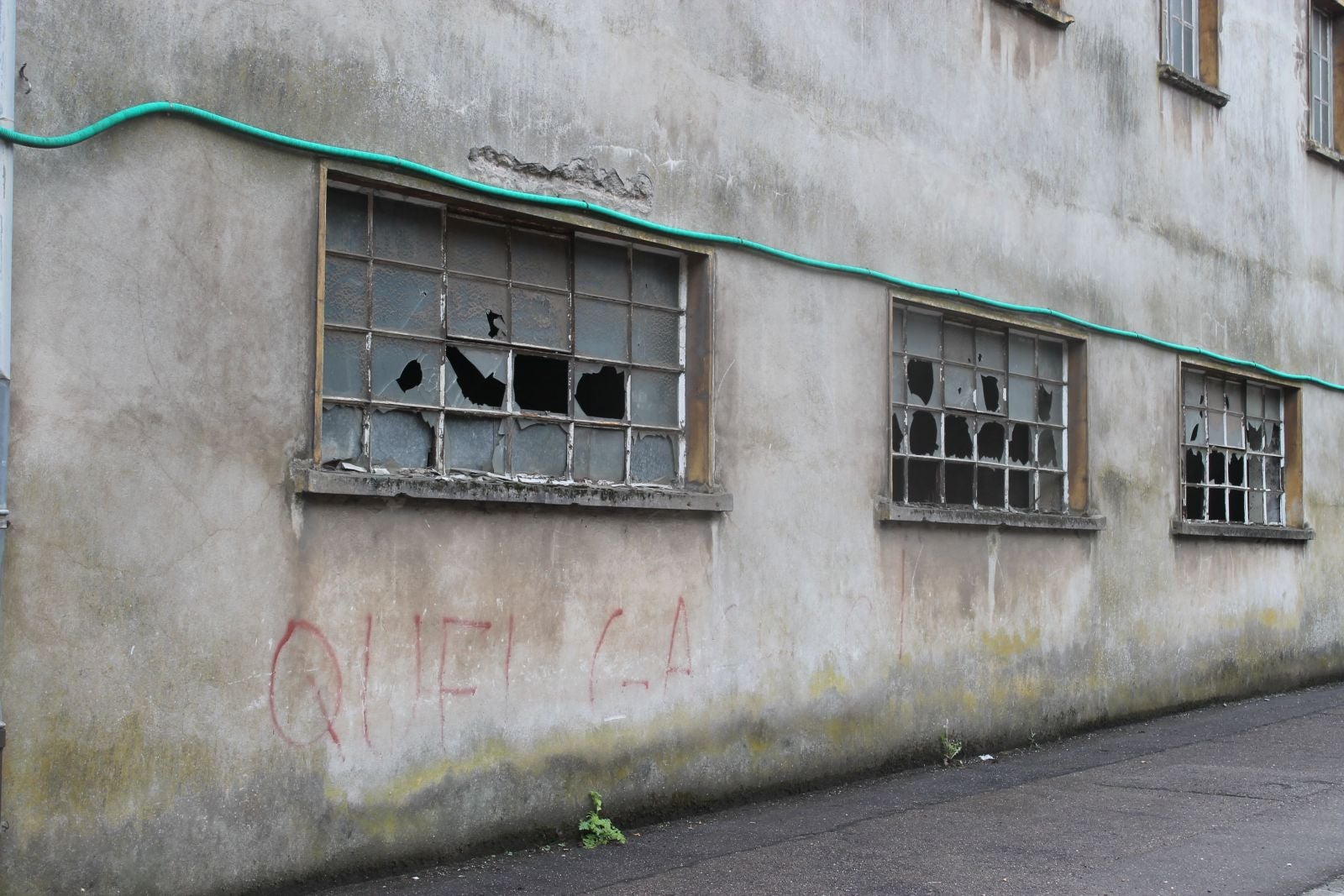 “What a waste”. Photo: Philip Kleinfeld

At the regional council of Lorraine, nobody wants the FN to succeed. The fear for Hayange is that crucial financial subsidies will be stopped as a kind of collective punishment, one that ensures the FN cannot look good to the local population.

It’s a depressing premonition for a town in desperate need of help but sadly not one limited to France. With the far-right gaining ground across the continent, at both national and European levels, the problems have barely begun.

Some names have been changed