Paige is halfway through telling me how she met her absent fiancé, when she pulls out a large, grey, plastic bag and dumps it on the coffee shop table. Then the softly spoken 24-year-old pulls out a wad of paperwork as thick as a PhD thesis.

As she thumbs through it, she gives me a running commentary. “These are my payslips, these are P60s, these are my contracts from my jobs, these are the bills they said they never saw, two council tax ones, this is his birth certificate, here’s proof he has no criminal record, that’s my birth certificate, this is his English exam certificate, these are all the birthday cards, anniversary cards, Valentine’s cards, this is my wedding dress – it’s been sat in a shop for about a year – this is my statement and a copy of my passport, statements from friends and family, one from my stepdad as well, then here comes the photos.” She pauses, but she is only halfway through the stack. I glimpse printouts of a couple, beaming at the camera. “I spent months putting them together. They are all in different places, with different people.” She sighs, and rolls her eyes. “After 700 photos, I thought, do you not think…” Her voice trails off.

Paige is dressed casually but neatly, in jeans, yellow strap top and blonde hair scraped back in a ponytail. A tattoo below her collarbone reads: “Stand for something, or you’ll fall for anything.” During the week, she works at a community centre in Tottenham, north London. During the evenings and weekends, she is one of thousands of Brits locked in a struggle with the Home Office to be able to live in the country of their birth with their partner.

Despite her calm demeanour, Paige had a chaotic childhood. In and out of foster care from a young age, she has lived with different foster parents, relatives, social services-ordained flats and, for 14 months, a hostel, before she finally got a council flat in Enfield. “Most of the people I was in foster care with have criminal records, they have been in prison,” she says. “I was younger and I thought, ‘I don’t want to be like that.’”

Instead, after taking some further education courses, she found a job working for a surveyor, on an annual salary of £15,000. She avoided nights out because she didn’t like drinking, and walked her dog. “I was a really boring person,” she says. “I still kind of am.”

She met her fiancé at one of the parties she tried to avoid. In June 2016, he moved in with her, and shortly afterwards they got engaged. “Not long after he moved in with me, I said, ‘I want to do this properly,’” she recalls. Her fiancé might be known to everyone as Tom, but his birth name was Fatijon, and he’s from Albania. As a non-EU migrant, he was living in the UK illegally. Initially, Tom was afraid, and refused, but Paige told him: “I am not going to have you under this roof thinking one day you’ll go out and not come home.” 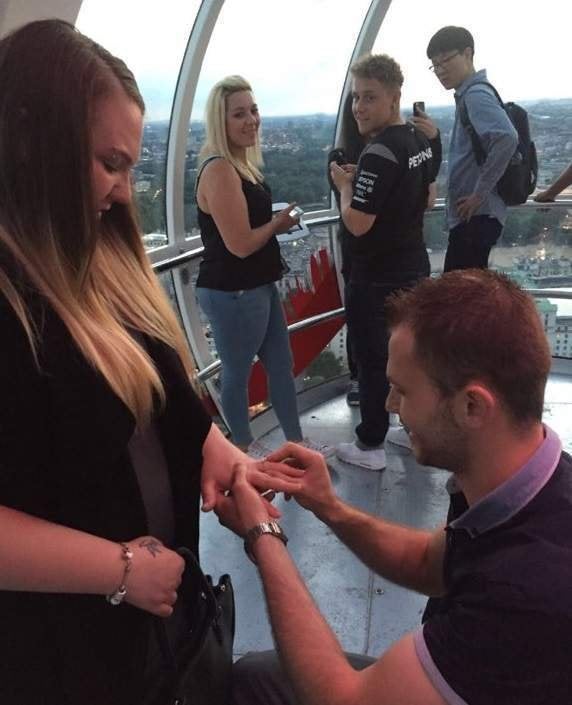 They found a solicitor, who told the couple that Tom should go back to Albania while they applied for a partner visa. Then came the next step – as his sponsor, Paige needed to earn £18,600 a year.

The prospect of asking for a £3,600 pay rise from her bosses made Paige nervous, and she didn’t feel she could explain the reason behind her demand. “Everyone in our office was white and English,” she says. The man who could approve the pay rise had been a vocal supporter of Brexit in the run up to the EU referendum. In the end, she was offered £17,000, and she managed to negotiate it up to £18,600. Later, she moved to another job with a £20,000 salary.

The idea that one’s right to love and companionship begins after earning £18,600 a year dates back to 2012, when the government introduced a minimum income requirement for British citizens applying to bring a partner from a non-EU country to live with them in the UK. The figure was calculated not on the basis of the typical salary, nor the cost of living (the threshold applies across the UK), but the point at which a family could no longer claim tax credits or housing benefits. Yet since 1999, most non-EU migrants’ immigration status depends on them accepting they have “no recourse to public funds”, and in 2012 the restrictions were tightened even further. The result is that, in 2015, roughly two in five Brits did not earn enough to meet the threshold.

While Paige was low paid by London standards, her salary after negotiation was significantly higher than the £15,350 a year a minimum wage worker doing 40-hour weeks could expect, and comparable to the £20,900 median pay earned by 22-29 year olds in 2016, as recorded by the Office for National Statistics. Tom encouraged her to be ambitious. “He made me want to better myself,” she says. “Because of him I started to go to a gym, I passed my driving test. He pushed me forward – I never thought I’d have a driving licence.”

After waiting a year, in September 2017, the couple submitted their application – the bundle of papers now sitting on the table in Costa, including the 700 photographs. Three months later, they heard back: it had been rejected. The Home Office didn’t believe their relationship was real, and said that the financial requirement had not been met. 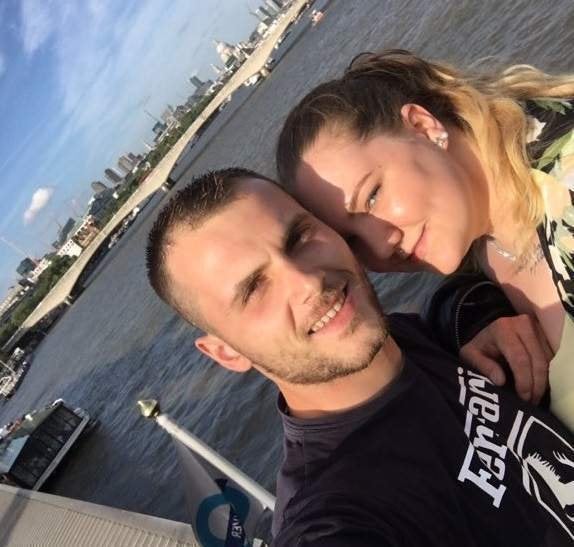 “I took a day off work, I couldn’t cope,” Paige said. She spent the weekend in bed. Speaking over FaceTime from Albania, Tom told her it wasn’t good for her. She decided to go for a walk. “Next thing I know I am on a bridge on a motorway, trying to jump off. I don’t know what went over my mind at that moment, I can’t tell you that. I know there were police that managed to get me down.” Paige was sent to hospital, and took time off work. “A week after Christmas when I was back, ‘they said we have got to let you go’.” Fortunately, she was already in the process of applying for a new job, which she managed to land.

The couple tried to complain about the rejection. Paige was told only Tom could complain, and Tom was told he couldn’t because he wasn’t in the country. After threatening to refer the Home Office to the ombudsman for parliamentary and health services, they were finally promised a review. The first time I spoke to Paige, it was early May and she was awaiting the results. “He is the only person I have to be there and support me,” she told me over the phone.

The next day she texted me. The review had arrived. The Home Office no longer questioned the genuine nature of the relationship, but continued to insist the financial requirement had not been met. The matter appeared to hinge on a single payslip. “I’ve calmed down now, sort of,” Paige wrote. “I will be OK, I guess, I have no choice.”

By this time, the couple had spent £4,000 on legal fees. Rather than appealing, which can take years, the couple had been trying to get their case heard in a court, and had been rejected three times. Shortly after the Home Office review, Paige learned their fourth attempt was successful. They had a court date.

On 6 June 2018,  she turned up at the courtroom as instructed. No one from the Home Office turned up. She waited nervously for ten minutes while the judge decided whether he could hear the case. Then it was over. “I hope you enjoy your future together,” the judge said, as he allowed the appeal. “I burst into tears,” Paige said.

A Home Office spokesperson said: “To ensure family migrants can support themselves financially, we ask for evidence that applicants looking to sponsor a non-EEA spouse or partner meet a minimum income threshold of £18,600. Our approach was endorsed last year by the Supreme Court and is central to building an immigration system that works in the national interest.

“All cases are carefully considered on their individual merits, in line with the immigration rules and our policy on exceptional circumstances, and are based on evidence provided by the applicant.”

Paige is aware that many of the people she encountered during her legal battle will assume she is being used by her absent fiancé for her visa status. But her story is really an unremarkable one. She is hardworking and determined, and if she was born into a stable, middle-class family she might be a lawyer or an accountant by now, and have the luxury of finding out how her relationship will evolve without worrying about a single payslip going missing. Instead, she grew up in foster care, and got a low paid job, and because of that has had to fight tooth and nail to rectify the mistake of falling in love with someone who isn’t British.

The ruling was written up on 20 July 2018, but the Home Office has 28 days to appeal. “It was all happy and smiles and cries on the day,” Paige says in the coffee shop. “Now it’s like ‘how long is it going to take?’ I don’t particularly think they will appeal, but who knows?”