After the G20 summit in Rome at the end of October, disaster seemed to be on the cards for Cop26 in Glasgow. But on the of evening of 5 November, after a week of a headline-hitting announcements, the outlook was definitely less gloomy. Former French prime minister and foreign minister, Laurent Fabius, who helped get the Paris Agreement over the line six years ago, said the “general atmosphere was better”.

Fabius, on a whistle-stop 24-hour stay to meet “climate friends” – including Prince Charles, US climate envoy John Kerry, Cop26 president Alok Sharma, Scottish leader Nicola Sturgeon, China’s climate negotiator Xie Zhenhua and Indian prime minister Narendra Modi – said negotiations were “more optimistic, less pessimistic than a few days ago”. Nonetheless, Fabius told journalists he had warned Sharma that the stress of the next week or so could cause drastic weight loss – apparently he lost 7kg while negotiating the Paris Agreement.

The improved mood did “not mean problems are solved”, but the announcements in recent days on methane, deforestation and coal had brought renewed momentum and “most people, negotiators want an agreement”, said Fabius.

John Murton, the UK’s climate envoy, gave a similar appraisal. “In the last few days, we have pulled together a coalition of countries to advance on climate action in cash, coal, cars and trees, and to demonstrate the world is on an irreversible trajectory to a low-carbon economy and we can accelerate,” he told the New Statesman. 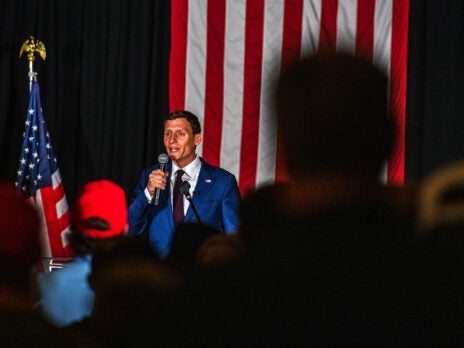 There are three areas of work Glasgow needs to resolve, said Fabius. First, the so-called rulebook or implementing mechanism for the Paris Agreement. Second, the need to ensure adequate financing. And third, the importance of shoring up ambition around the aim of keeping global heating below 1.5°C above pre-industrial levels.

On the latter, new and timely ambition would be welcome, instead of kicking down the can to 2050, he suggested, giving the famous John Maynard Keynes quotation: “In the long run we are all dead.”

Murton said the negotiations in Glasgow were “not about setting 2030 targets, they are nationally determined”, but rather showing what can be achieved and inspiring countries to go further. “Over the last few days we have been demonstrating that countries are making ambitious new targets and that these targets are far more achievable than we thought they would be a few years ago,” he said. Impressive falls in the costs of solar, wind and batteries should be credited for making this possible, he continued.

“Seeing a country like Vietnam, an emerging economy in south-east Asia, with a population of over 100 million people set a net-zero 2050 target is groundbreaking,” said Murton. And recognition has been growing over the last few days, that “far from being a cost, the move to a low-carbon economy is an investment”, he insisted.

Murton dismissed the idea that countries are just signing up to pledges at Cop26 without any understanding of how they will implement them. “People don’t have to say things in Glasgow,” he said. “People say and commit to things because they believe it is in their national interest.” Countries are realising they can afford to make ambitious climate steps, and are more concerned about being “left behind in the transition to a low-carbon economy” than being overambitious, said Murton. “Markets are pricing in the future and we need to accelerate the transition.”

Fabius and Murton both downplayed the impact of geopolitical tensions between the US and China, the absence of Xi Jinping from the talks, and the fact Joe Biden arrived at Cop with his climate action efforts blocked in Congress. Both insisted the countries were fully engaged in the negotiations. It is “important the presidents of the two big ones show they can do something” because the Paris Agreement can’t be implemented without them, acknowledged Fabius.

On climate finance, “we have to make good on the $100bn”, said Murton, referring to the sum pledged by leaders from richer nations for poorer countries back in 2009. “It is an important marker to deliver on the commitments we made in [the] past.” But, ultimately, the “trillions and leveraging private sector investment” were more important, he said.

Despite challenges and geopolitics, Murton insisted there was “excellent cooperation on a shared agenda”, and that the UK’s “courage and confidence to host a conference in person” was helping move negotiations forward. “It is hugely important to be in person to get to ‘yes’.”

For him, a successful outcome to Cop26 is if, at the end of the two weeks, “we can show the world we are on an accelerated and irreversible trajectory to a low-carbon economy” that helps keep alive the 1.5°C warming limit. “I don’t doubt the challenges ahead, but I am confident we can push through,” said Murton.

“We have to try to find the ways, the means, step by step, to move forward,” said Fabius before departing to fly back to France, leaving his “climate friends” to press forward.

[See also: World signals the beginning of the end for coal]